Colorado’s new climate “normals” were just released. They show exactly what meteorologists have warned about. – The Denver Post 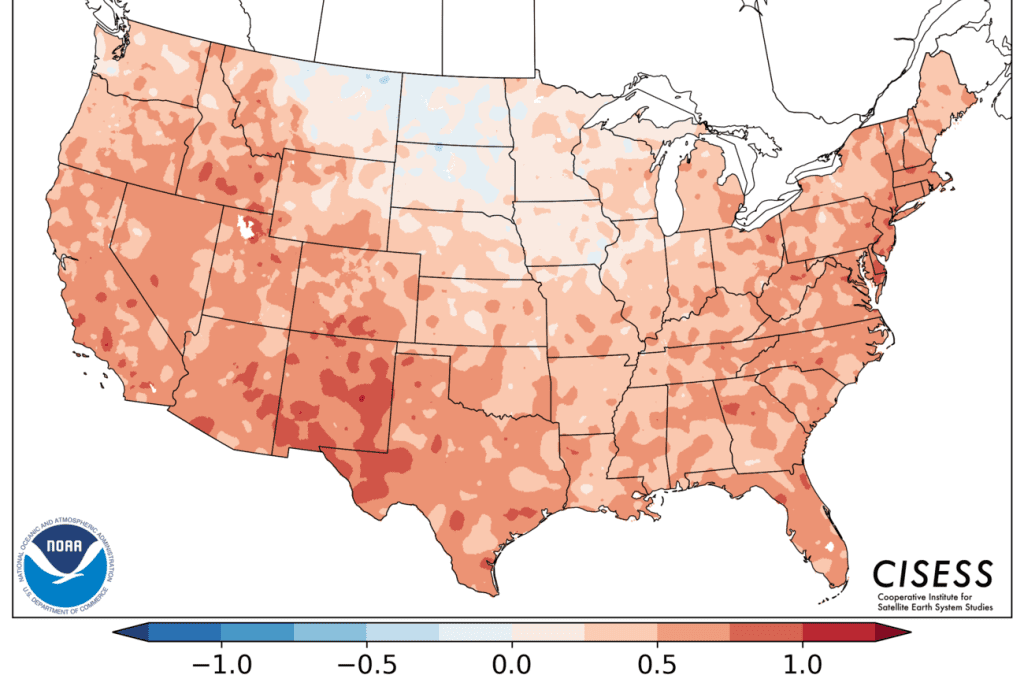 Daily, the National Oceanic and Atmospheric Administration will record official weather conditions from thousands of weather reporting stations across the country and will use that data to monitor and track climate trends.

When your local meteorologist talks about the weather being above or below average, they are referencing NOAA’s data — which undergoes intense verification.

Climate happens on a larger timescale than weather does, so in order to spot trends, our “normals” — our daily weather that can be expected — are updated every 10 years. Well, it’s been 10 years since our climate normals last were updated, and the new normals showed something that most Colorado meteorologists and climatologists have been warning about for quite some time.

Colorado’s climate is warming and drying.

Colorado’s previous climate normals were based on data from 1981 to 2010. The data that was released on May 4 now includes all of the weather that occurred during the full decade from 2011 to 2020, and, as you can imagine, a lot of impactful weather has happened since then. Climate normals include temperature, precipitation and, now, snow data.

When you look at the national changes, you’ll notice that much of the country has warmed compared to the previous normals,` with the exception of the far Northern Plains. When looking at the precipitation trends, the desert southwest has dried rather significantly since the last update, while much of the rest of the country has seen an increase in precipitation, most notably, again, in the far Northern Plains.

A map of changes in annual precipitation normals, according to data released by the NOAA on Tuesday, May 4, 2021.

Provided by the NOAA

A U.S. map of annual mean temperatures based on new data released by the NOAA on Tuesday, May 4, 2021.

The annual temperature has warmed by 1.1 degrees and the annual precipitation has decreased by 0.22 inches.

The annual temperature has increased by 0.5 degrees and the annual precipitation has decreased by 0.36 inches

The annual temperature has increased by 1.4 degrees and the annual precipitation has decreased by 0.63 inches.

The annual temperature has stayed relatively the same while precipitation has decreased by 0.59 inches annually.

Simply, the big picture shows that most locales in Colorado have seen their annual temperature warm and annual precipitation decrease.

When looking at the new normals month-by-month, summer and fall are getting hotter quicker than any other season — a trend meteorologists have spotted for quite some time. Spring and summer are getting drier more quickly than the other seasons — also a trend that meteorologists have been watching. And snowfall has decreased during the spring and fall months, likely due to the warming temperatures in those seasons.

It’s hard to grasp these numbers sometimes because they’re not extreme. But just think, when your body warms by a single degree, you have a fever and you don’t feel well, and sometimes erratic things occur. Same with the Earth.

We’ve started to see more erratic weather occur across the world and in Colorado (hello, wildfires and intense, unrelenting drought). As for precipitation, we live in a high desert climate, we don’t get much precipitation as it is, so decreasing our already minimal amount of yearly moisture can only spell more trouble (hello, wildfires and intense, unrelenting drought) for the region.

Of course, we can have years like this year, during which we’ve started off very wet and cool, but the last time it was this wet for the first five months of the year was back in the early 1900s. It simply just doesn’t happen that often anymore.

Wet and cold extremes are becoming less common but can and will still occur. That’s why it’s so important to look at more than just the here and now. When you look at weather observations over a 30-year period, you can see actual trends rather than just the extremes, but it’s worth mentioning that the extremes help balance out the rest of the weather that occur throughout the year. Something to note: The extremes are starting to bias toward warm and dry rather than cold and wet for us.

For the next 10 years, meteorologists and climatologists will be referencing these new normals in daily forecasts. All the weather that happens between now and 2030 will undergo intense verification, and new normals will be updated in 2031.

What will that show? Time will tell, but looking at the trends from 1900 to 2020, the country as a whole is getting warmer. Colorado is also getting warmer while precipitation data shows no obvious trends.

It’s important to remember that what happens in Denver doesn’t happen everywhere in the state. Much of Colorado is under extreme drought as summer approaches and snowpack and river levels are already below-normal.

A series of maps shows the changes in average temperature across the U.S. over the last century, according to data released by the NOAA on Tuesday, May 4, 2021.

A series of maps shows the changes in average precipitation across the U.S. over the last century, according to data released by the NOAA on Tuesday, May 4, 2021.