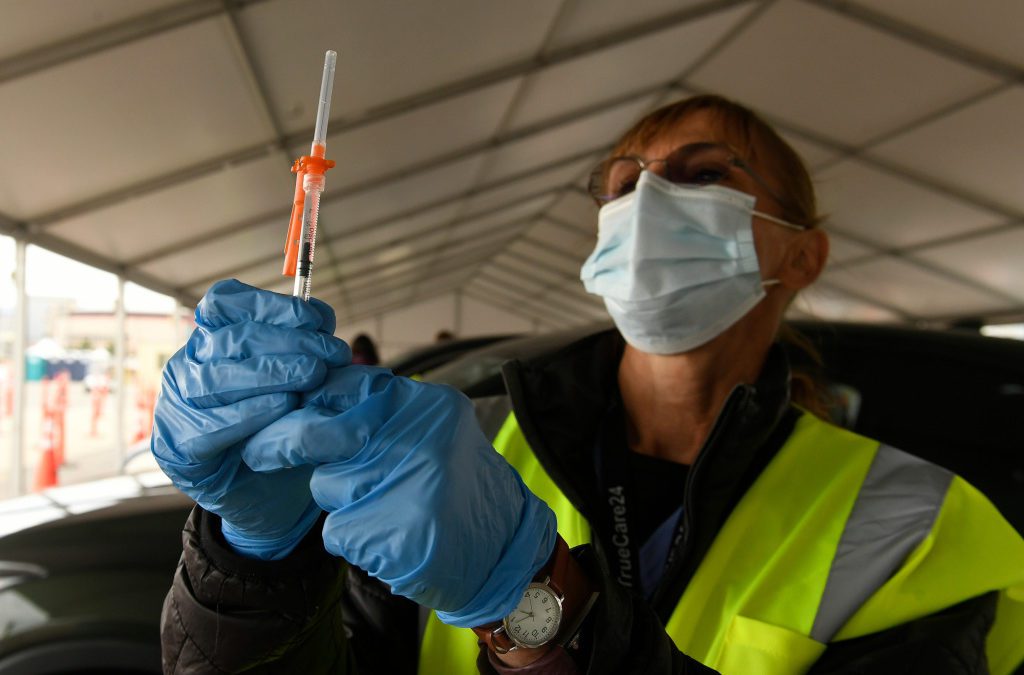 Colorado’s announcement that people inoculated against COVID-19 are eligible to win $1 million has not sparked a surge in residents getting the vaccine, though state leaders hope to see a greater impact once they start giving the money away.

The state will award $1 million prizes to five weekly winners — for a total of $5 million — as part of its campaign to get more people vaccinated amid a slowdown in the rate of COVID-19 immunizations. Gov. Jared Polis plans to announce the first winner Friday.

“What would have happened without this giveaway is a greater rapid drop-off in interest. I don’t think anybody was expecting a spike,” Polis said during a news briefing this week. “We were at a high level of vaccination. We want to sustain that over time to keep people interested in getting vaccinated.”

In Ohio, the first state to offer a million-dollar incentive, the number of people who received their initial COVID-19 vaccine jumped 33% in the week after the state announced its giveaway, according to an Associated Press analysis — though vaccination rates still lagged behind what they had been in March and most of April.

About 4.7 million people are fully vaccinated in Ohio, compared to nearly 2.6 million people in Colorado, though the number of people fully immunized in this state represents a higher percentage of the overall eligible population.

Colorado announced its vaccine incentive campaign on May 25. More than 144,300 doses of the COVID-19 vaccines were administered during the week of May 23, which was down from the 227,517 doses put into arms the previous week, according to vaccination data from the state health department.

So far this week, 22,459 doses have been administered, according to state data available Thursday. But that number will increase as there is a reporting lag and the week isn’t over.

Heather Roth, immunization branch chief at the Colorado Department of Public Health and Environment, said the state saw a “little bump” in new vaccinations following the lottery announcement, but that has leveled off since. The Memorial Day weekend may also have temporarily reduced demand.

The state’s vaccine lottery will have a larger impact once winners are announced, Polis said.

Colorado announced another vaccine incentive campaign Wednesday, this time targeted at younger people. The state will give 25 students $50,000 each in scholarships to the post-secondary institution of their choice. To be eligible, the students must be Colorado residents, between ages 12 and 17 and have received the COVID-19 vaccine.

The announcement comes as children as young as 12 are now eligible for Pfizer’s shot. Colorado recently saw high transmission of the virus among middle- and high-schoolers.

New COVID-19 cases, however, are now trending down across age groups and hospitalizations are falling, which the state health department attributes to Coloradans getting vaccinated against the virus, said Scott Bookman, the state’s COVID-19 incident commander, at a briefing Thursday.

The money for the vaccine lottery comes from the Coronavirus Aid, Relief and Economic Security Act — the CARES Act — which was passed by Congress in March 2020.

A person must be 18 years or older and they do not have to sign up for the drawings. People will be entered based on the state’s vaccination records, which Coloradans can look up using the Colorado Immunization Information System database. Winners will be chosen via a drawing by the Colorado Lottery.

The Associated Press and Denver Post reporters Meg Wingerter and Elizabeth Hernandez contributed to this report.