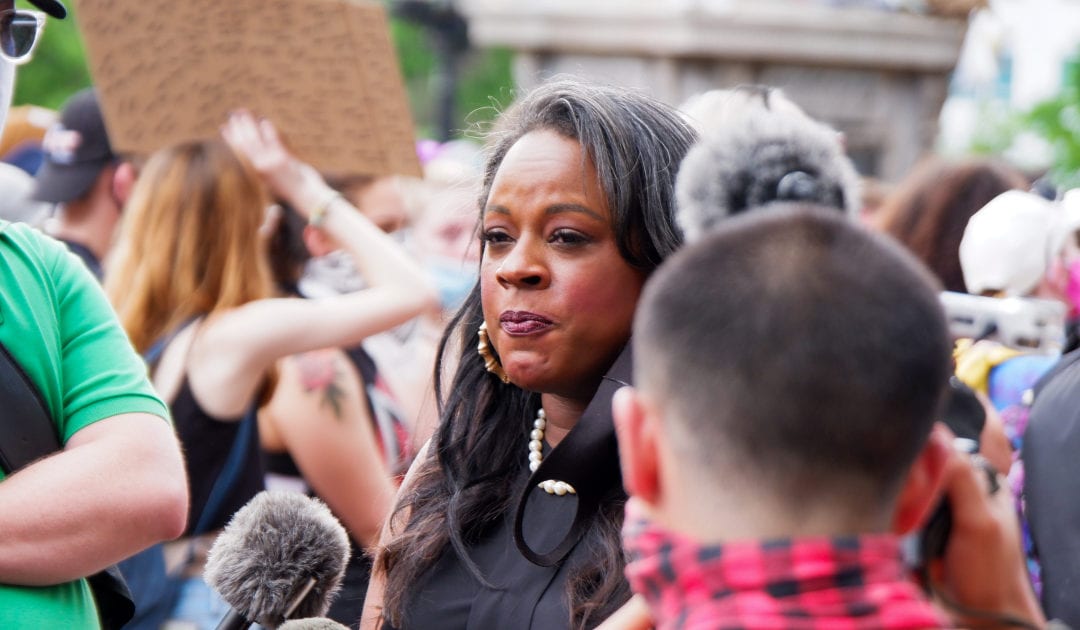 A Colorado law aimed at protecting workers and students from discrimination against race-based hair traits went into effect Monday.

The law, also known as the “CROWN Act” was passed by lawmakers in March and aims to prevent hair-related discrimination in public education, employment practices, housing, public accommodations and advertising.

It is one of several policies being enacted by state legislatures in response to emerging conversations and protests across the U.S. calling for racial justice and reform.

One of the bill’s sponsors, Democratic state Rep. Leslie Herod, said she’s dealt with this issue since growing up and being told that she had to straighten her hair to look professional “in order to have this standard of beauty that’s not mine.”

“No one should be penalized for the way their hair grows naturally out of their heads,” said Herod, who is a Black woman. “We should support and celebrate our diversity, our cultural diversity and we should ensure that Colorado is in place to protect folks who are being discriminated against.”

The Colorado law also redefines the characteristics of discrimination to include “hairtexture, hairtype, or a protective hairstyle that is commonly or historically associated with race.”

The bill’s text states: “People of African descent are deprived of educational and employment opportunities because they are adorned with natural or protective hairstyles in which hair is tightly coiled or tightly curled or worn in locs, cornrows, twists, braids, Bantu knots, or Afros.”

The movement, which has lead to several states passing anti-discriminatory laws for hair, began as an effort by the CROWN Coalition, founded by Dove, National Urban League, Color Of Change and Western Center of Law & Poverty.

Colorado’s law goes into effect after California, New York and New Jersey passed their own hair-based discrimination acts in 2019.

So far this year, 22 states have considered similar measures, according to the National Conference of State Legislatures. Maryland, Virginia and Washington also passed laws in 2020.

“Black women are 1.5 times more likely to be sent home from the workplace because of their hair,” according to the CROWN Act campaign website.

The topic gained national attention after Deandre Arnold was suspended from Texas High School and was told he wouldn’t be able to attend graduation unless he cut his dreadlocks. Arnold’s appeared on the daytime talk show Ellen and was gifted $20,000 toward his education. A similar hair-discrimination bill is expected to be introduced in the state’s 2021 legislative session.

“I hope that this bill empowers our young people to be who they are but also to know that they can push and demand equality,” Herod said.