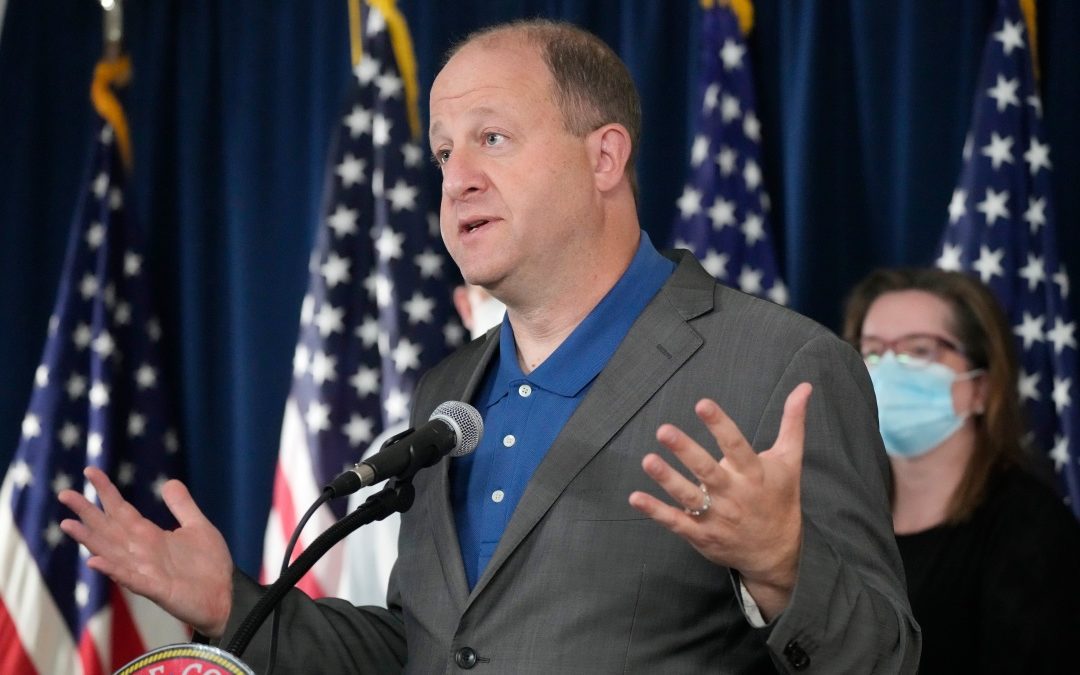 The Democrat’s budget proposal asks state lawmakers for more than a million dollars to open up a new public-private partnership office. The proposal envisions working with private entities to take advantage of underused state property to address the lack of availability of critical needs.

The move is hailed by the governor’s office as a chance to keep “Colorado affordable and positioned to thrive.”

But liberal fiscal policy groups warn of potential pitfalls if public-private partnerships aren’t carried out with sufficient oversight and careful execution. They point to the collapse of a portion of U.S. 36 in Westminster and the disintegration of a deal to renovate the Great Hall at Denver International Airport as examples of what can go wrong.

Public-private partnerships, frequently referred to as P3, typically involve private companies helping to finance public projects. In exchange, the private entities often receive a cut of revenue that projects can generate. An example could be a toll road, where the private entity pays for part or all of the construction and then collects money from tolls.

The public-private partnership proposal was tucked inside the governor’s $40 billion fiscal year 2021-22 budget proposal. He didn’t discuss it during a briefing with reporters earlier this month, but it could have profound policy implications.

The proposal asks for $1.3 million for the formation of a public-private partnership office in the Office of Economic Development and International Trade. The money would pay for three new, full-time staffers.

“This is a fairly typical structure used by cities and states and other governments around the country,” said Conor Cahill, a spokesman for the governor.

Denver, for instance, has a P3 office.

One of the state office’s first projects would be figuring out how to renovate state property and then contract with private entities to provide child care.

The OEDIT request also seeks $30 million in state money to finance the renovations. The aim is to create 15 child care centers.

The lack of affordable child care has become a critical problem for Colorado, making it difficult for some rural schools to hire staff. Officials have also blamed the state’s workforce problems on the shortage of child care slots.

The public-private partnership office proposal says that although individual state agencies would still take the lead on deals, “the state’s P3 office would provide support, coaching, guidance, and funding.”

The governor’s office cited one particular piece of state-owned property as having “enormous potential” for the state to partner with private companies: the 59 acres at Burnham Yard in Denver that the Colorado Department of Transportation recently purchased.

The property, which Cahill said served as the original rail yard for the city and predates statehood, is thought to be a centerpiece of Polis’ desire to build a Front Range passenger train system.

Cahill said that the property “has strategic value for multimodal transportation as well as the immense potential for transit-oriented development,” adding that “the route for future Front Range rail likely runs through the property.

“Through strategic partnerships, we hope that this property could support a future Front Range rail with potentially a train stop and transit-oriented affordable housing,” Cahill said.

Policy advocates say when it comes to the governor’s public-private partnership proposal, the devil is in the details. The key, they say, is to ensure the projects the office works on are a good deal for the public.

Shahrzad Habibi, research director for In the Public Interest, a California-based nonprofit research and policy organization that studies government privatization and contracting, said she wants to know more about how the state plans to pursue public-private partnerships.

She pointed to a public-private partnership the City of Denver had to renovate the airport’s Great Hall — a deal that was plagued by setbacks and which ultimately fell apart — as an example of how such partnerships can go awry.

Scott Wasserman, who leads the liberal-leaning Bell Policy Center, cited a state project to expand U.S. 36 as an example of a public-private partnership that “didn’t end so well.” A portion of the artery between Denver and Boulder collapsed in 2019, with the state and its contractors blaming each other for the headline-grabbing road failure.

“I think we’ve got to be eyes wide open and very careful about what we’re getting in return for investment,” he said.

On the other hand, he noted “the state is sitting on a lot of real estate and a lot of capital, and if we can better utilize that and bring that to the table, that can actually lower the costs for something that we know is an urgent need in the economy,” like child care.

Polis is set to present his budget plan to the legislature’s Joint Budget Committee in the coming weeks. The panel will vote on which parts of the proposal to advance to the full General Assembly.

The committee’s new chairwoman, state Rep. Julie McCluskie, a Dillon Democrat, told The Sun last week that it’s too early in the budget process to comment on specific aspects of the governor’s budget proposal.

“I’m looking forward to hearing the governor present his budget,” she said. “That’ll be an opportunity for us to listen and learn and identify his priorities. But I think we’ll spend some time with the folks at OEDIT really digging into what that proposal includes, and I hope to learn more and understand what the objectives are — and what that investment might mean for Colorado.”