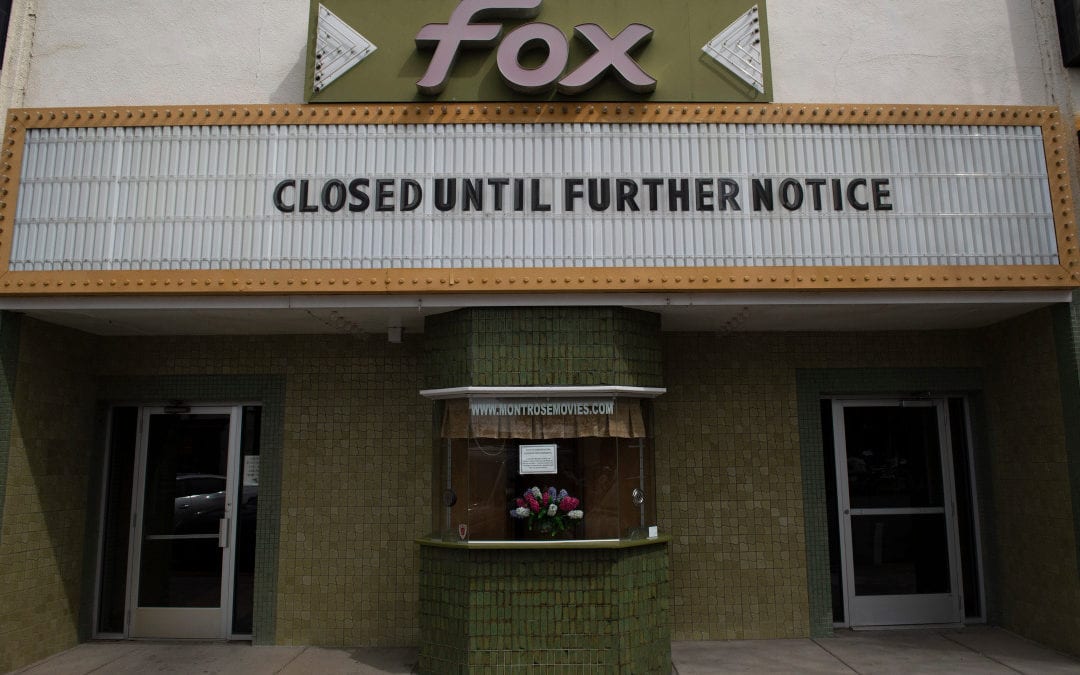 As the Colorado legislature returns to work on Tuesday, the No. 1 priority for Gov. Jared Polis and Democratic lawmakers will be passing an economic stimulus package to help lift the state out of the effects of the coronavirus crisis.

But the question of how big the package should be and how fast the General Assembly should move to pass it remain sticking points. That’s not to mention questions about where the money should be spent.

Polis wants lawmakers to act fast and allocate at least $1 billion to the recovery in a way that “builds Colorado back stronger” through “shovel-ready” infrastructure projects. That includes repairs to the Eisenhower-Johnson Memorial Tunnels, building new wildlife migration corridors and expanding rural broadband access.

“This is a once-in-a-generation opportunity,” said Polis, a Democrat, promising that thousands of jobs would be created.

On the flip side are lawmakers who are anxious about how much money will actually be available to spend. They are advocating for more of a wait-and-see approach, anticipating that a congressional aid bill could change their plans.

“Measure twice, cut once,” is state Sen. Chris Hansen’s mantra when it comes to how the Denver Democrat and state budget writer views the stimulus package.

Additionally, Republicans are questioning whether the state should instead prioritize restoring the massive funding cuts that were made when the pandemic began.

The back and forth echoes the yearslong tug of war between the governor and Democratic budget writers that began almost the moment Polis assumed office. The governor has pushed for his expensive policies while members of the Joint Budget Committee have at times resisted, noting the broad priorities of the 100 members of the General Assembly and fretting about the details.

There is arguably more at stake this time. Colorado’s unemployment rate is higher than the national average, with thousands still out of work. State leaders are anxious to return to the state to its position as one of the nation’s best economies.

The JBC already rebuffed an effort by Polis to fast-track the stimulus package through the supplemental budget process, instead pushing the proposal through the full legislature.

Stimulus funding will come from taxes generated by a better-than-expected state economy. The legislature thought the state would be worse off during this fiscal year and cut way back on spending as a result.

Lawmakers want to wait until the state’s next budget forecast in March before finalizing how much money is in the package. Polis agrees that doing so makes sense.

Both sides say there will be hundreds of millions more to spend. However, there may not be the “billion-dollar-plus amount” that Polis hopes.

“I think the total number is still to be decided,” said Senate Majority Leader Steve Fenberg, a Boulder Democrat. “It really is going to depend on the information we get from JBC. I think it’s going to be significant, but we don’t have a hard-and-fast number, necessarily, that we are working off of.”

House Speaker Alec Garnett, D-Denver, is also wary of future deficits. Spending too much now instead of saving the money could put the General Assembly in a bind down the road.

“I think that the balance that it’s important for the legislature to strike is how to help Coloradans most in need while at the same time being prudent enough that we are not putting at risk future budget years,” Garnett said.

Sen. Bob Rankin, a Carbondale Republican who sits on the JBC, also questions why much of the revenue isn’t being used to backfill the billions of dollars in cuts that were made as the pandemic began. Those very cuts made the money available for stimulus spending possible.

“We need to think about what this really is,” he said. “It’s money that came from cash funds and (the Public Employees Retirement Association) and other places. Maybe we should repay those funds before we start spending stimulus money here and there.”

He added: “We should do restoration before we do stimulus.”

Garnett feels confident there will be enough money to run a stimulus package, restore funding in areas where there were cuts and replenish the state’s reserves.

Polis says he is open to all ideas for how to spend the money — as long as it’s spent quickly. Some of the proposals he’s put forth include spending north of $200 million on road and infrastructure projects, $120 million on expanding broadband access, $70 million to revitalize community Main Streets and $40 million on job training.

“We’re very open. The criteria are it’s got to be a stimulus. It can’t be something that isn’t even ready to be built for three years. It’s got to be now,” Polis said during a Colorado Sun event last week. “There’s no shortage of ideas. It’s really about the best bang for our buck.”

Fenberg says the plan is to work collaboratively with the governor’s office on what’s in the package and start introducing bills — “hopefully most of which are going to be bipartisan” — in March. Congressional action will likely influence those plans.

“In three weeks or so we could have a $2 trillion federal package passed,” Fenberg said. “We want to take that into account.”

“We want to make sure we are taking care of those gaps that still need to be filled here in Colorado,” Esgar said. “We want to be responsive.”

But Polis is bullish about pressing forward.

“We know never to count our chickens with regard to federal legislation before they’re hatched,” he told reporters during a news conference last week. “Are we hopeful? Is there likely to be another package? Perhaps. But there’s a lot that needs to happen between then and now.”

He thinks Colorado taking swift, bold action will give the state a competitive advantage “over other states that only rely on the federal package, because we can invest in other areas.”

The upshot, everyone involved agrees, is that the legislature even has the money to spend, even if it may be difficult to parse out the details.

“That’s a positive position to be in,” said Hansen, the Democratic budget writer.