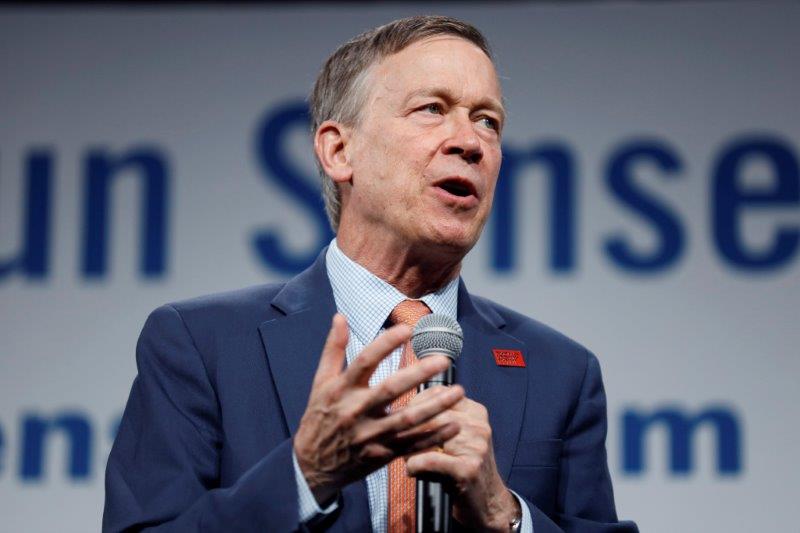 Hickenlooper moved to Colorado in 1981 to take a job as a geologist, only to be laid off a few years later. After teaching himself business, he opened the Wynkoop Brewing Company in a section of Denver with low rent and high potential. As a self-proclaimed “pro-business, anti-waste outsider” he was elected mayor of the city in 2003 and then served back-to-back terms as Colorado governor.

He joined the Senate race last year after he failed to gain national recognition in the crowded field of candidates vying for the presidential nod.

“All I’ve seen lately is slander. I voted for Hickenlooper because he’s been making big moves since day one,” said Leigha Wickham, a Denver Democrat who voted Tuesday.

But Wickham said Hickenlooper hasn’t been perfect either. “With our current social issues, I think there needs to be a dismantling and looking at everything systemically from the ground up. Considering police were originally policing slaves and that’s where the police force was born, it’s ignorant to think we don’t have systemic issues there.”

Hickenlooper made a name in the purple state’s politics by finding common ground, whether it be between the oil industry and environmentalists or pro-gun activists and victims of gun violence. This middle ground mentality became a target for the party’s energized left leading up to the primary.

The Secretary of State’s office reported receiving 1.3 million ballots as of 4 p.m. Mountain time, including 796,467 cast on behalf of the Democratic Party and 511,789 in Republican contests. Only 7,799 voters filled out their ballots in person in the state that pioneered its mail in ballot system in 2013.

While the state has leaned left in recent elections, the state’s 1.3 million unaffiliated voters make up the majority and 435,190 of them participated in the Tuesday primary, constituting 35% of all votes cast on behalf of Democratic candidates and 20% on behalf of Republican candidates.

An April poll from the University of Denver puts Hickenlooper 17 points over Gardner in the fall. Nevertheless, Colorado remains home to a conservative stronghold that plans to put up a good fight.

“To vote is to speak, to not vote is to not speak,” said Denver Republican Thomas O., who asked that his last name not be printed. There were no Republican races to settle on Thomas’s primary ticket but he voted as he has in every election, except in 1996 when he said the election was called in favor of Bill Clinton before he left work. Thomas wore no mask, saying he didn’t believe they did anything other than stoke up fear.

For Democrats, Colorado’s conservative 3rd Congressional District also holds a potential swing seat. The district includes Pueblo County — a Trump supporting outlier in a state that voted for Hillary Clinton in 2016. But the 70,278 votes cast by Democrats on Tuesday trail the 75,947 votes cast in the Republican race.

With 60% of Democratic votes, Diane Mitsch Bush beat challenger James Iacino to run in the general election against first-time challenger Lauren Boebert who, with a tenth of the funding and three times the number of Twitter followers, beat the Republican incumbent Representative Scott Tipton with 56% of the vote.