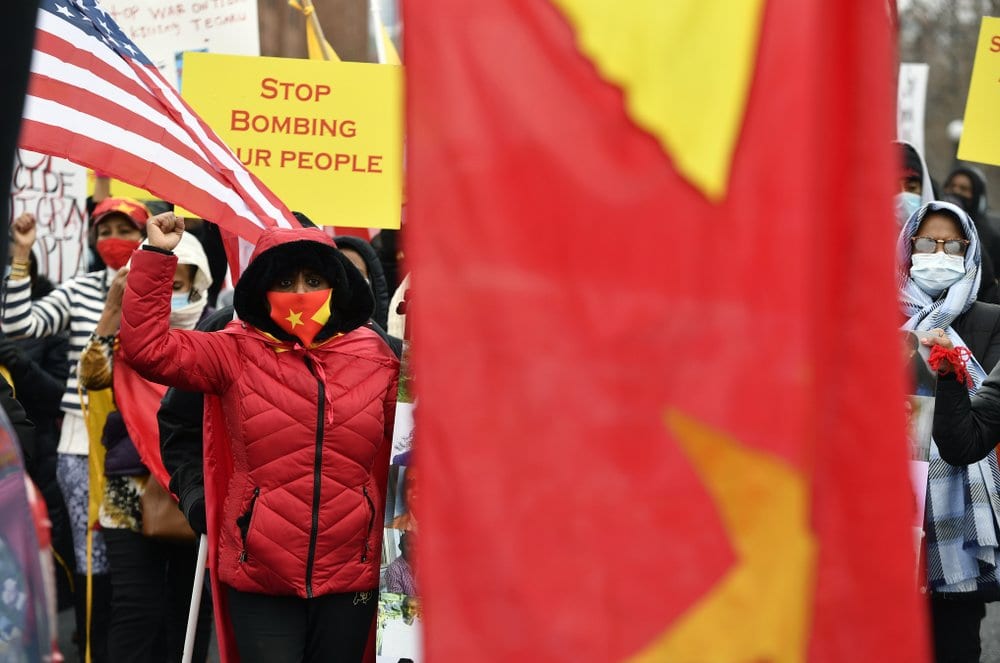 As Ethiopia’s political conflict continues, communities in America differ on the cause of the problems in their home country

Denver area resident Mohammed Warid is monitoring the political conflict in Ethiopia — at least, as much as he can with a communication blackout in parts of the country.

The chairman of the Oromo Community of Colorado is worried about his family, and for him, that includes all those living in the Oromia region in Ethiopia. He’s at least been able to speak to loved ones, unlike those struggling to reach their families and get news about the northern Tigray region. Under the latest political regime, people are suffering; they’re living in fear; they’re being imprisoned for their ideologies; they’re being tortured and killed, he said.

Warid, along with Oromo Community of Colorado, has helped plan protests after high-profile killings in Ethiopia. Like those with Tigrayan roots in Colorado, the Oromo community is making its voice heard in Colorado and calling for change.

But, as is the case in Ethiopia, Colorado’s Ethiopian communities don’t agree about the cause of the problems in their home country, particularly over which entity is the aggressor, and they worry about their families and friends who live there. Supporters of Ethiopia’s Prime Minister Abiy Ahmed, who took over the office in 2018 and won a Nobel Peace Prize in 2019, say the new regime is bringing needed political reforms and “law and order” to the country mired in ethnic tensions while responding to attacks from those in opposition. They insist that the majority of the violence, which escalated in early November, is over.

People from Tigray — where the military and opposition groups were fighting — and other areas experiencing waves of violence, say Ahmed is far from democratic and is persecuting his own people. They cite human rights abuses, calling the conflict a progression over time.

Nebiyu Asfaw, an Adams County resident, came to the United States as a child with his mother, seeking a better life. He still has friends and family mostly in Addis Ababa, the capital, and he said they have not been affected by the country’s unrest. Asfaw speaks to them regularly and calls published reports of violence “exaggerations.” What’s really happening, according to his reading of the situation, is the new prime minister brought reforms after 27 years of an oppressive regime and is trying to put an end to ethnic politics in its 10 nation states with more than 80 ethnic groups.

“A majority of the community supports the reform effort and we’re hopeful that Ethiopia is going (in) the right direction,” Asfaw said.

The main conflict happened about a month ago, according to Asfaw, referring to the November attack by the Tigray People’s Liberation Front in Tigray and federal military action. The transition hasn’t been perfect, and war is ugly, he said. But he blames the “old guard,” the powerful TPLF party leader, not recognizing Ahmed’s leadership.

“When you organize a country into ethnic regions and when you politicize your ethnicity, there’s just no winner,” he said.

But that’s not the way many Tigrayans, including Millete Birhanemaskel, see it.

The Denver resident, who was born in a refugee camp in Sudan after her family fled from Ethiopia in the ’70s, says the generational trauma is almost unbearable. Her family is from the northern Tigray region where much of the communication has been cut off during the violent internal political conflict.

“It’s terrorizing,” she said. “It’s mental terrorism. Your mind is a terrible place when you don’t know what happened.”

She believes the Ethiopian government has launched a disinformation campaign about the true magnitude of violence, particularly against the people of Tigray. The stories from refugees in Sudan and others who were able to reach their families alarm her, and they involve mass killings, bombings at the hands of the federal government and an inability to bury their dead.

“Even bigger than him crushing democracy and being this fake reformist is the humanitarian aspect of this,” Birhanemaskel said.

Many Oromos are also against changing the federalist government because of historic persecution and what they say is violence now orchestrated by the new regime, Warid said.

The situation wasn’t perfect before Ahmed came to power, Warid acknowledged, but at least, they had peace, he said.

Members of the Colorado Ethiopian Community nonprofit, however, say they are happy with the change in political structure and believe the lives of their families in Ethiopia will improve. They contend that any violence has stemmed from the main political party’s loss of power.

The Aurora nonprofit, in conjunction with other groups, has raised thousands of dollars to provide aid to Ethiopians during the most recent conflict.

Cherinet Daba, the group’s treasurer, came to the United States as a political refugee about two decades ago. He fled Ethiopia when he began to fear for his life, went to Kenya, then South Africa and finally, the U.S.

He said some of his siblings were arrested and imprisoned because of their ethnic group and their lack of support for TPLF’s policies, including spying on members of their own community.

“It was bad,” Daba said of the conditions. “Especially if you’re an independent-minded person, your life would be in danger.”

Now, Tigrayans say they’re the ones being tortured, imprisoned and killed.

On Monday, Birhanemaskel took part in another protest. She’s a part of multiple groups, including the Tigray Community in Colorado, and is working to compile a list of names of those killed. They also have organized protests across the country, including in Denver at the Capitol, chanting slogans such as “Stop bombing Tigray,” “Abiy is a tyrant,” and “USA, speak up.” She plans to travel to a refugee camp to hear directly from those affected.

The groups also have a list of demands: open up the lines of communication, open humanitarian borders, get Eritrean troops out of Tigray and launch an independent third-party investigation into the government’s abuses.