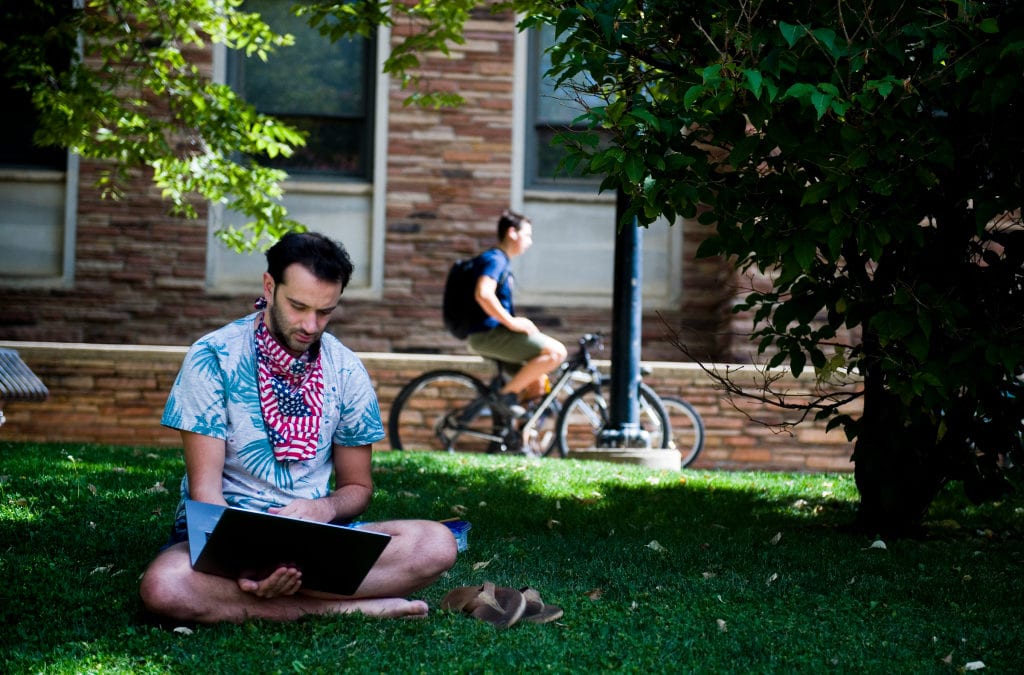 Colorado posted a third straight week of increasing COVID-19 cases, reaching levels not seen since the tail end of the July spike.

The Colorado Department of Public Health and Environment reported 3,439 cases of the new coronavirus in the week ending Sunday, an increase of about 1,100 cases over the previous week.

The last time the state reported more cases was the week ending Aug. 2, when the July bump was starting to recede.

About 3.4% of COVID-19 tests came back positive, averaged over three days. That was the highest level since Aug. 5, but still below the 5% cutoff where experts start to worry that a state could miss significant numbers of cases. If the positivity rate had stayed the same or decreased, it would suggest the rise in cases was solely due to increased testing.

It appears the rise reflects both increased testing on college campuses, and increased spread of the virus within that population, said Beth Carlton, an associate professor of environmental and occupational health at the Colorado School of Public Health. What direction the epidemic will take depends on how seriously people take precautions like mask-wearing and social distancing over the next days and weeks, she said.

“The time is now” to prevent out-of-control spread, she said.

Boulder County was the biggest contributor to the statewide increase over the last week, accounting for about one in every five new cases. Denver County wasn’t far behind, but its significantly larger population means that a similar number of cases is less troubling.

University of Colorado Boulder announced Monday it would move to online classes for at least two weeks because of the increase in cases, joining schools like the University of Notre Dame and Michigan State University.

As we continue to focus on the spread of COVID-19, we have added a new graph to our data page showing the number of new cases affiliated with CU. This will help illustrate the effectiveness of response actions taken. See this and more data at: https://t.co/Jc7cHHv0UW pic.twitter.com/s5v3h8ZjHS

Boulder and Logan counties had enough new cases to be ranked red on the state’s new dashboard for deciding how much of the economy can safely remain open, though Logan County’s small population means it didn’t do much to raise the statewide numbers.

That opens the possibility those counties could return to a stay-at-home order, though state officials have indicated they’d be open to giving less-aggressive measures a chance to work before shutting down most of economic life. In Boulder County, the health department has urged CU students to self-quarantine for two weeks — a measure the university has characterized as a stay-at-home notice.

The high percentage of cases in young people could be helping to keep hospitalizations down, since younger people are at a lower risk of severe illness. Hospitalizations remained relatively level Monday, with 239 people receiving care statewide for confirmed or suspected cases of COVID-19.

Hospitalizations also stayed relatively low at the beginning of the late June and early July spike, Carlton noted. The number of younger people hospitalized did eventually increase, though, and it was followed by more hospitalizations in the older population, she said.

“It looks like what happened is the infections started in younger people and spilled over to older people,” she said.

Death reporting can be delayed as long as two weeks, so it’s impossible to be sure which way deaths are trending. In recent weeks, totals have bounced between 19 and 27 per week.

Statewide, 65,399 people have tested positive for the virus since March and 7,373 have been hospitalized. A total of 1,914 people died directly from the virus, while 2,018 people have died with it in their system.