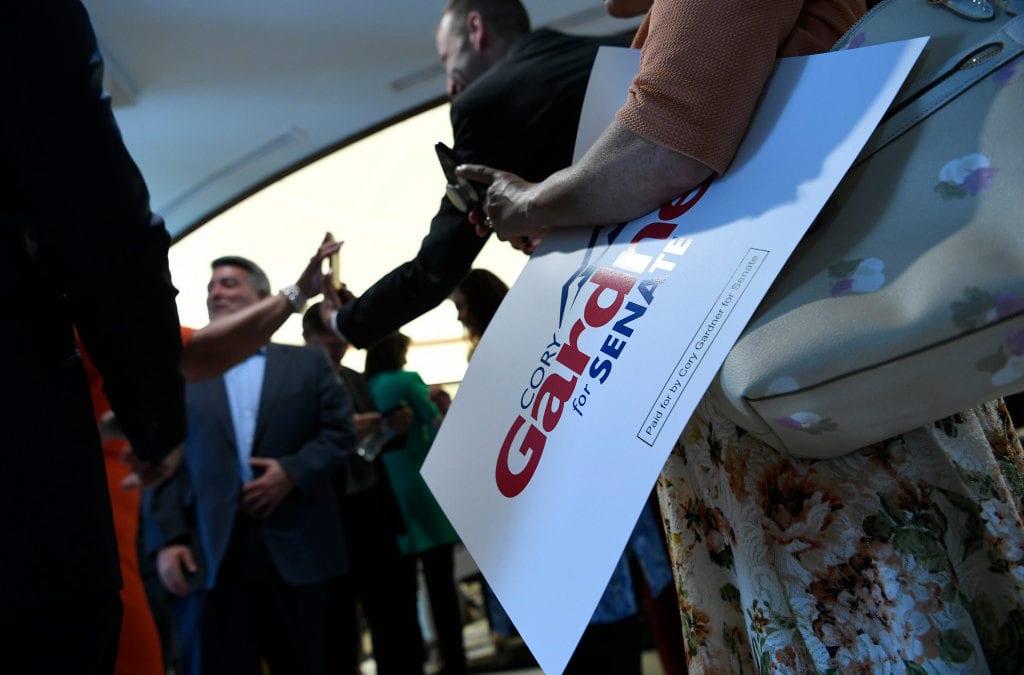 The 30-second ad, which Gardner’s re-election campaign says it will spend at least $100,000 to broadcast statewide, hit the airwaves on the same day that a new poll released to The Denver Post showed the Yuma Republican is unpopular.

The ad paints the picture of a pragmatist who, uninterested in partisanship, used connections with heads of state in Asia to secure masks during a pandemic and a national shortage. It includes a clip of Gov. Jared Polis, a Democrat, saying Gardner “has done everything I’ve asked” to aid the state’s response.

“Coloradans deserve a senator who will go to bat for them when it matters most. And, right now, it matters more than ever,” said Gardner’s campaign manager, Casey Contres.

Polis was asked about the ad Friday afternoon during a press conference on the coronavirus pandemic.

“Well, now is not the time for politicking. I work closely with our federal delegation — with Senator (Michael) Bennet, with Senator Gardner,” the governor said, declining to criticize Gardner or the ad. He later added, “It’s not the time to talk about political credit or to make political hay.”

Gardner is trying to overcome voters’ disapproval of him and President Donald Trump, whom he rallied with in Colorado Springs in February. Gardner is the only incumbent Republican senator whose race is often ranked by pundits as leaning in favor of Democrats.

“This isn’t 2014, when Cory Gardner was a relative blank slate with the national winds at his back,” said Andrew Baumann, a Denver-based pollster with Global Strategy Group, a Democratic firm. “Colorado voters now clearly understand that Gardner has put his loyalty to Trump ahead of Coloradans, which has left him well-defined in a very negative way — and with a deeply unpopular albatross hanging around his neck.”

Baumann and Global Strategy Group surveyed 800 registered voters in Colorado online between May 7 and 11. They found 37% of voters approve of the job Gardner is doing, which is lower than the 41% of Colorado voters who approve of the job Trump is doing. Thirty percent approved of Gardner’s work on coronavirus response.

The poll was conducted in coordination with Progress Now Colorado, a liberal group.

Gardner will face one of two Democrats this November: John Hickenlooper or Andrew Romanoff. The two Democrats will compete in a primary election June 30 to determine who will take on Gardner.