Colorado’s coronavirus “fourth wave” will be different from the first three. Here’s why it’s still a concern. 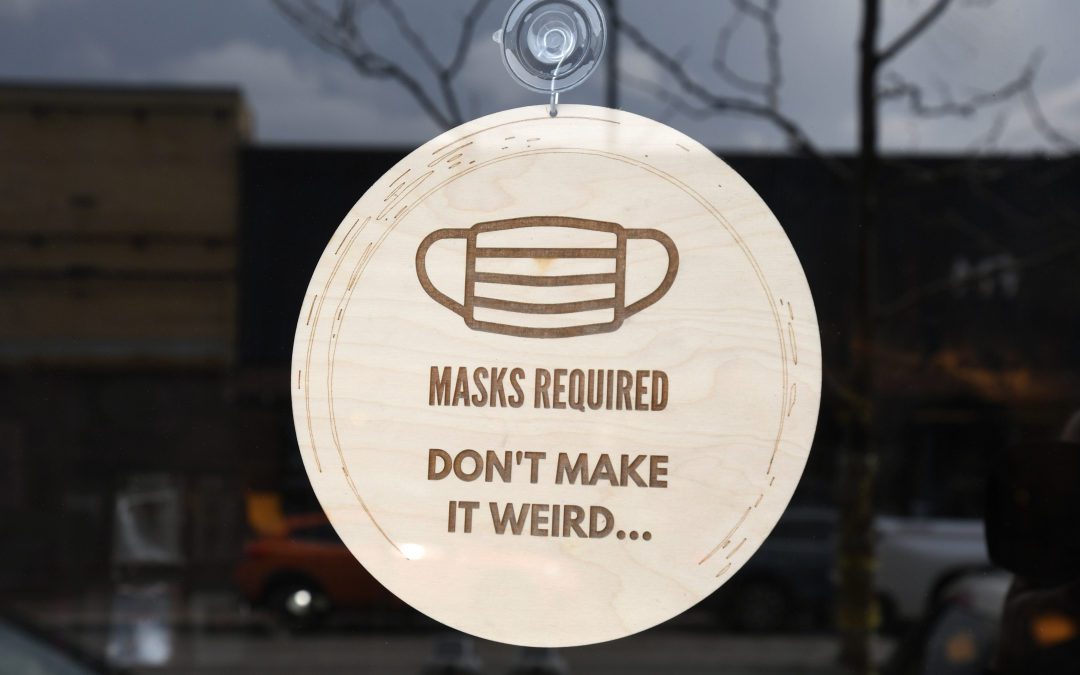 Hard as it may be to believe after so many months, Colorado is again on an uphill climb of the coronavirus roller coaster.

But this fourth wave — the first three were the initial surge last spring, a smaller bump around the Fourth of July and the big spike in late-fall and early-winter — will look different and force us to rethink how we perceive the dangers of COVID-19.

Until now, the state’s response has been guided by the goal of saving lives and not overwhelming the hospital system. But Colorado’s most vulnerable residents — those most likely to be hospitalized and to die if they get infected — are now vaccinated at higher rates.

This causes the state’s top coronavirus experts to say the risk of overwhelming hospitals has passed. And the hospitalizations that do occur will be less likely to lead to deaths.

So how should we think about the danger COVID-19 poses to the state now?

Gov. Jared Polis says the pandemic is on the verge of forcing a philosophical shift. The virus will soon change from something that government has the primary responsibility of controlling to something individuals will need to take responsibility for on their own.

“Once everybody who wants to get vaccinated is vaccinated, then we have a high level of community protection,” Polis told The Sun in an interview earlier this month. “And if people are putting themselves at risk, that’s their own business, just as it is for, you know, measles or other conditions.”

Polis said the state’s role will soon focus more on addressing outbreaks. “I don’t expect there’ll be any regional or statewide measures that need to be taken after everybody’s vaccinated,” he said.

But, for the moment, experts still see cause for concern, despite rising vaccination rates. In short: There are still just too many people who aren’t vaccinated.

“We’re getting there,” said Elizabeth Carlton, an epidemiologist who is a professor at the Colorado School of Public Health. “And I think we will get there soon. But right now there are real risks.”

Here are 10 charts to help sort through where we’re at right now with COVID-19 and where we’re headed.

The cases are also widespread. As of Monday, there were 26 counties in the state — from the Interstate 25 corridor to mountain resort communities to rural valleys — that had a one-week incidence rate of more than 1 case per 1,000 people.

This is a real increase, not the result of more testing

There’s always a possibility that an increase in the number of cases is a result in an increase in testing, not in infections. But we know that’s likely not the case now for two reasons.

Second, the state tracks for large counties how many people are showing up in hospital emergency rooms with flu-like or COVID-like symptoms. The numbers have been increasing over the past couple of weeks. In Douglas County, for instance, more than 4% of the emergency room visits are now for people with COVID-like symptoms who have tested negative for the flu.

Not coincidentally, Douglas County School District has moved at least six schools to remote-only learning following outbreaks at the schools, with ThunderRidge High School becoming the latest in a decision announced Monday.

But cases, alone, aren’t as concerning to state leaders anymore

Vaccination has changed the mental calculus when it comes to thinking about case surges.

These are groups where infections are less likely to cause severe illness or death. And that helps explain why Polis decided to change the state’s “dial” framework to allow counties to have looser restrictions while having higher rates of infection. The bet is that the infections occurring during this wave will have fewer consequences than infections in previous waves.

“While this is still a time for caution, these changes to the dial better reflect where we are in the pandemic today, and the balance we are trying to strike between disease suppression and economic hardship,” Jill Hunsaker Ryan, the executive director of the Colorado Department of Public Health and Environment, said in a statement when unveiling the new dial system.

Because of this changing dynamic, Carlton, with the Colorado School of Public Health, said she is now most closely watching one specific metric: new hospital admissions. And that number took a big jump last week — a 46% increase over the numbers from a week before.

To Carlton, this figure better captures the harms of the pandemic because it shows how many severe infections are out there.

“For anyone who has to be hospitalized for COVID, that’s not good news,” she said. “That’s worrying.”

Younger people are making up a greater percentage of hospitalizations

At the height of the fall/winter peak, people age 60 and older made up two-thirds of those hospitalized with COVID-19. Now, that stat is flipped with people under 60 making up nearly two-thirds currently hospitalized.

This number is a little bit misleading — which is why Carlton prefers to look at the number of new admissions. Older people are more likely to stay in the hospital longer and are also more likely to die. So, in one way, it’s better to have higher proportions of young people hospitalized.

But it also shows how tough of a disease COVID-19 can be for even young people. It’s reason for everyone to take precautions, Carlton said.

“Anybody being admitted to the hospital for COVID-19 means it’s severe disease,” she said.

The fourth wave hopefully won’t see a surge in deaths

Despite cases and hospitalizations rising, deaths from COVID-19 have so far not increased. About four people with COVID-19 are dying per day in Colorado.

This trend may not hold. It took weeks after cases and hospitalizations surged during the fall/winter spike before deaths began increasing.

Some encouragement comes from the state’s nursing homes, which have seen the number of cases and deaths among their residents plummet as vaccinations rolled out.

During the last two weeks of March, Colorado nursing homes reported zero COVID-19 deaths among residents to the federal government. Those numbers could still change, since it often takes time to finalize causes of death. But, if they hold, they would be the first weeks since the pandemic began where no nursing home residents in the state died from coronavirus.

The coronavirus variants have taken over

One other thing that is unique about the state’s fourth wave is the kind of coronavirus that’s driving it.

Colorado’s state epidemiologist said Friday that it’s estimated more than 50% of new cases are coming from “variants of concern” — versions of the SARS-CoV-2 coronavirus that researchers believe are more transmissible and perhaps more serious.

Since the first of these variants — the B.1.1.7. variant that originated in the United Kingdom — was discovered late last year, the state’s detection of variant cases has shown a classic exponential growth curve. Some of this is due to the state’s expanding capacity to look for these variants. But the state epidemiologist, Dr. Rachel Herlihy, said Friday that variants are now making up the majority of cases seen in the state’s surveillance samples.

Yes, the variants spread faster. Yes, some may have the ability to partly evade the protection that vaccines provide. But she doesn’t believe that they are likely to reboot the whole pandemic, taking us back to a place where nobody had defenses against the virus.

“You are far better off vaccinated if those variants are circulating than if you are unvaccinated,” she said.

“The unvaccinated piece,” she added, “is the much bigger problem right now.”

The state is unevenly vaccinated

Over the weekend, Colorado passed the 2 million mark for the number of people who have received at least one dose of vaccine. That means we’re just a few weeks away from having half of eligible Coloradans vaccinated.

And, in some counties, the news is even better. A handful in the southwest and on the Western Slope are approaching herd immunity-level coverage among their eligible population.

With so many people unvaccinated in many parts of the state, Carlton said there’s still reason for caution.

“If we can get those people vaccinated as quickly as possible, the vaccines slow and interrupt transmission of SARS-CoV-2,” she said.

But, until then, the current surge poses a threat to Coloradans. There are still too many people who are unvaccinated — people who could get really sick if they are infected. For that reason, Carlton said Coloradans must keep their guards up just a little longer.

She likened the current situation to a famous test of delayed gratification.

“It’s a giant marshmallow test right now,” she said. “How long can we hold on?”