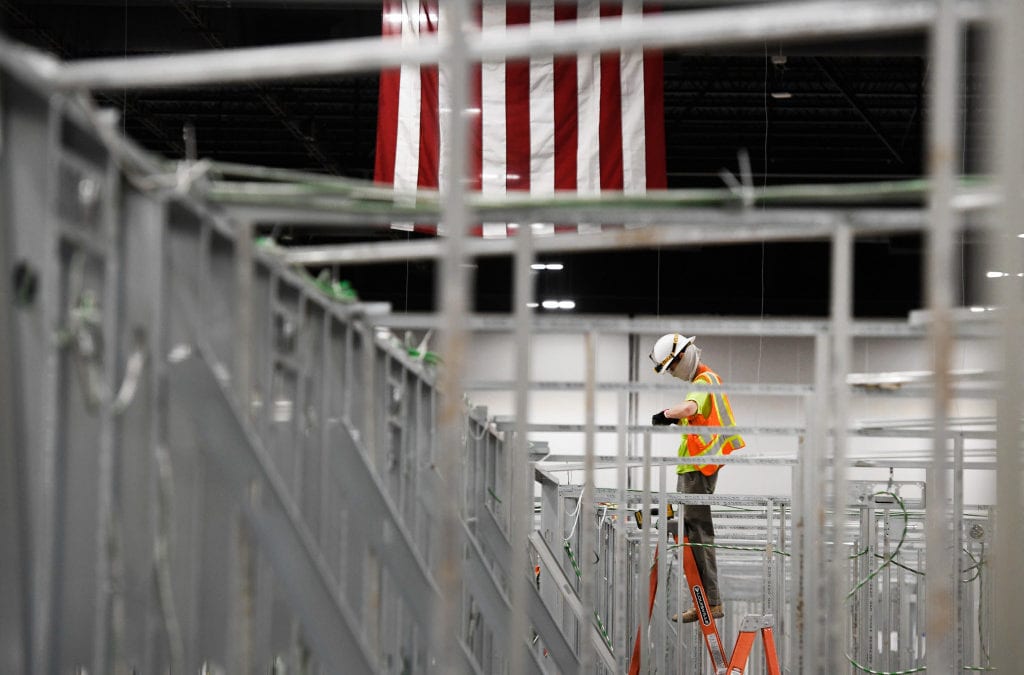 Colorado continues to see a slowing, and even a plateauing, of novel coronavirus cases as social distancing and the effects of the statewide stay-at-home order come into view, while the volume of patients being admitted to hospitals has flattened, state health officials said Tuesday.

The news comes three weeks after Gov. Jared Polis’s order, which closed nonessential businesses and provided strict guidance on when people should be leaving their homes. The governor, along with health experts, cautioned that the effects of the mandate would lag, with new cases and deaths still increasing during that time.

Health officials on Tuesday said the social distancing has been working, leading to a flattening of the curve that has become a pandemic mantra of politicians and health care providers alike.

“Really over the next couple days we’ll be able to determine whether the level of social distancing is enough to lead to a decrease in the daily case count,” Dr. Rachel Herlihy, Colorado’s state epidemiologist, said on a conference call with reporters.

That flattening of the curve has led to high numbers of people being hospitalized, but not to a degree that has overwhelmed any Colorado hospitals, Scott Bookman, the state’s incident commander for COVID-19, said on the call.

“The volumes of patients seem to be relatively flat,” Bookman said. “We’re not seeing exponential growth. It’s consistent with that flattening we’re seeing.”

The state is continuing construction on emergency hospitals at the Colorado Convention Center in downtown Denver and the Budweiser Event Center in Loveland, Bookman said, though they may decide to scale back if the additional space is not needed.

“While the curve is flattening, we don’t want to take our eye off the bigger picture,” he said. “We want to make sure we see capacity built.”

Health officials on Tuesday also discussed the heavy lift needed to begin restoring some semblance of normal life in Colorado.

That includes mass testing — which is not yet available — along with hiring scores more people at the state and local levels to conduct contact tracing for those who may have been exposed to the illness.

Contact tracing — in which a person who tested positive details anyone they may have been with during the lead-up to the illness — is time-consuming and resource-intensive, Herlihy said.

The state health department is considering some forms of technology to assist in the effort, but is not pursuing cellphone tracking, she said.

“We’re balancing using technology to support this work but obviously privacy is a priority,” Herlihy said.

Cellphone tracking already has been used in Israel and Russia as part of government efforts to track the disease’s spread, and has prompted a national debate in the U.S. over privacy vs. public health concerns.

In neighboring New Mexico, Gov. Lujan Grisham said her state will use cellphone data to track how well New Mexicans are social distancing.