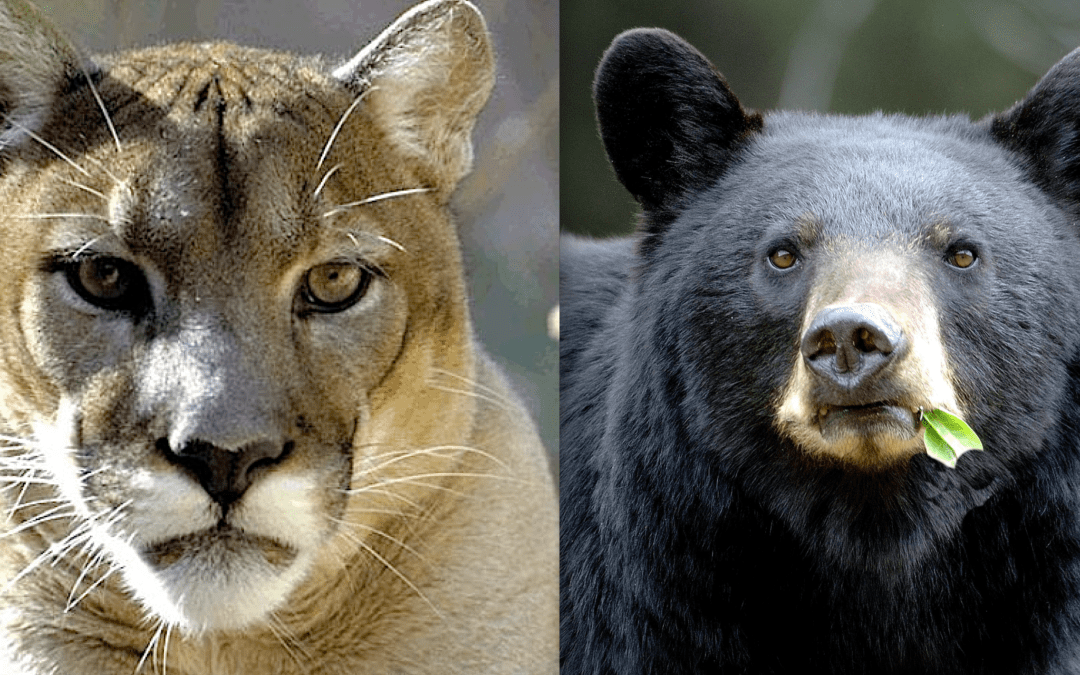 (EnviroNews Colorado) Denver, Colorado – Good news for wild critters and those who love them, as a federal court has temporarily blocked a controversial plan to kill mountain lions (Puma concolor) and black bears (Ursus americanus) on public lands in Colorado. The ruling marks the most recent in a string of victories for environmental groups against the federal government.

The joint motion, handed down November 6, 2017, by the United States District Court for the District of Colorado, stems from a lawsuit launched in April by conservation groups WildEarth Guardians (Guardians) and the Center for Biological Diversity (the Center) against the U.S. Department of Agriculture’s (USDA) Wildlife Services (WS) program for green-lighting a plan that would cull predators to study whether such actions would increase mule deer populations.

Wildlife Services is an arm of the USDA’s Animal and Plant Health Inspection Service (APHIS), and contracts with Colorado Parks and Wildlife (CPW). Conservation groups have long criticized Wildlife Services for its practice of killing important keystone predators as a form of “management.” In 2016 WS killed a total of 2.7 million animals, including 1.6 million native species.

The agency must now put its predator control practices on hold in parts of the state until August 2018, at which point it is required to submit a new Environmental Assessment (EA) under the National Environmental Policy Act (NEPA) to determine the overarching ecological impacts of the plans.

“Our ultimate goal with challenging this Environmental Assessment is that we really want Wildlife Services to take a hard look at what they’re doing and the effects on the environment,” said Stuart Wilcox, Staff Attorney for WildEarth Guardians, to EnviroNews in a phone interview.

“In the meantime we have some interim protections against some particularly egregious practices that they carry out,” Wilcox continued. “We mark this as a partial win and we hope that it leads to bigger changes when they redo this analysis.”

Banning of the M-44 ‘Cyanide Bomb’

M-44 cyanide injectors are registered as pesticides with the U.S. Environmental Protection Agency (EPA) and may only be used for “control” of coyotes, foxes, and wild dogs that are “vectors of communicable diseases or suspected of preying upon livestock, poultry, and federally designated threatened and endangered species.”

In March, a 14-year-old boy and his dog were sprayed by an M-44 near Pocatello, Idaho, injuring the boy and killing the dog. In response, the conservation group Western Watersheds Project sent a petition to Jason Sukow, Director of Wildlife Services Western Region, calling for a ban on the lethal gadgets.

On April 10, Sukow replied with a letter explaining the agency had launched an inquiry into the incident and, in the meantime, would remove all existing M-44s from state lands and place a moratorium on deploying any new ones. The agency also promised to provide a 30-day notice if and when it decides to use the devices again.

A lawsuit initiated by the Center for Biological Diversity, WildEarth Guardians, Western Watersheds Project, Animal Legal Defense Fund, Project Coyote/Earth Island Institute, and Animal Welfare Institute against Wildlife Services in the United States District Court, Northern District of California, San Francisco Division, yielded an October settlement where the agency agreed not to use pesticides, traps, or M-44s nor conduct aerial shooting in “wilderness areas” in 16 counties across Northern California until 2023 while they put together a new Environmental Impact Statement (EIS).

In June, Wildlife Services issued implementation guidelines for M-44s detailing where they can and cannot be placed. The contraptions may be set within seven miles of a ranch where livestock has been killed by wild canines or “can be reasonably expected to occur,” yet not in areas where “exposure to the public and family and pets is probable.”

M-44s cannot be set within a half mile of a residence without permission from a property owner, nor in national forests, national or state parks (with exceptions for protecting threatened or endangered species), wildlife refuges or wilderness areas.

Maximum density of M-44s is not to exceed 10 devices per 100 acres of pastureland or 12 within a square mile of open range.

Lastly, all cyanide injectors must be inspected weekly and warning signs must be prominently placed, with the agency acknowledging “most people know nothing about M-44s and their hazards.”

Recent court rulings indicate that Wildlife Service’s long-standing predator control practices might need to be revamped. The courts seem to corroborate what conservation groups have been saying all along, namely, that the agency ignores the best science and turns a blind eye to the ecological impacts of its wildlife management practices.

MORE ON WILDLIFE SERVICES FROM ENVIRONEWS

(EnviroNews California) – San Francisco, California – Wildlife Services – from the sound of it, one might think it’s a program that would be supportive or in “service” to wildlife. But environmental and conservation groups say the century-old agency is anything but helpful to animals – especially if…

(EnviroNews Nature) – Wildlife Services (WS), a little-known wildlife-killing program of the U.S. Department of Agriculture’s (USDA) Animal and Plant Health Inspection Service (APHIS), killed 2,744,010 animals in 2016, 1,594,595 of which were native to the U.S. The agency shared this death toll in its annual program data…

(EnviroNews Nature) – Missoula, Montana – Well, it only took a century, but it has happened at last: Something finally put the brakes on Wildlife Services (WS), the U.S. Department of Agriculture’s (USDA) “secretive,” “rogue,” “cruel” wildlife-killing agency – and that “something” is the environmental non-profit organization WildEarth…

(EnviroNews DC News Bureau) – Washington D.C. – The United States Department of Agriculture’s (USDA) Wildlife Services (WS) admitted in its annual Program Data Report to having killed at least 3.2 million wild animals in 2015 alone – many of which were large predators. 1,681,283 of that total…

(EnviroNews Oregon) – Washington D.C. – On March 30, 2017, Representative Peter DeFazio (D-OR) introduced the Chemical Poisons Reduction Act of 2017 (H.R. 1817), which seeks to ban the use of two deadly poisons, Compound 1080 and sodium cyanide, for predator control efforts throughout the United States. These…

(EnviroNews Idaho) – Boise, Idaho – On June 1, 2016, five prominent environmental organizations filed a lawsuit in federal district court against the United States Department of Agriculture’s (USDA) Wildlife Services for killing over 650 wolves in the state of Idaho over the past decade. Wildlife Services is…

(EnviroNews Polls) – 3.2 million animals. That is the amount of critters and creatures brutally eradicated by Wildlife Services (WS) in America last year alone, by way of traps, snares, bullets and poisons – all with your tax dollars of course (at least if you are a U.S….

(EnviroNews Polls) – In December of 2015, several environmental groups, spearheaded by WildEarth Guardians, won a pivotal lawsuit against Wildlife Services, a U.S. Department of Agriculture (USDA) agency, for its wolf-killing program in Washington State. On February 3, 2016, WildEarth Guardians, in concert with four other groups, filed…

EnviroNews | The Environmental News Specialists © 2020. All Rights Reserved. Powered by WordPress. Designed by