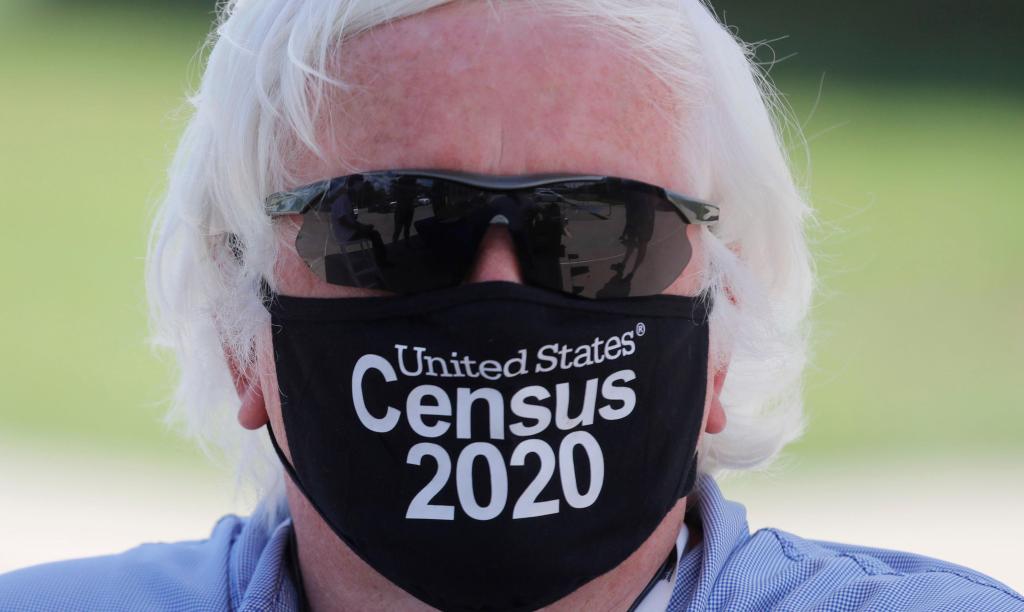 More Colorado households have responded to the U.S. Census Bureau than the national average a little over a month ahead of the deadline, but advocates warn that representation and money is at stake — particularly for hard-to-reach communities — with the agency deciding to call an early end to door-knocking efforts.

As of Wednesday, almost 81%  of Colorado households had returned their questionnaires by mail, email or in response to a census taker who came to the door, compared with the national rate of about 78%. Colorado’s self-response rate is nearly 68%, which means those workers who showed up at people’s doors to help people submit their information made a difference.

The constitutionally mandated population count of everyone living in the United States is used to determine federal funding as well as political districts for the next decade. The agency decided to end its door-knocking efforts on Sept. 30 — a month earlier than planned — worrying some nonprofits that are working to educate people on the need to get counted. They’re particularly concerned about reaching communities that are harder to count, including immigrants, renters, people experiencing homelessness, people of color and rural residents.

The challenge was compounded this year by the coronavirus pandemic and, in Colorado recently, by the added difficulties of reaching people living near wildfires, some of whom may be evacuating.

“The fact that they decided two weeks ago to end it early is flabbergasting,” said Gillian Winbourn, project director for Together We Count Colorado.

Together We Count is a nonprofit that was formed to assist Colorado organizations in educating communities about the census, and it has distributed $400,000 to 64 organizations.

But this year’s unique challenges have made the effort more complicated. Many people in mountain and rural communities who typically work temporary jobs during tourist seasons relocated early on — just as the census was starting. That means they could have missed critical information about the count, Winbourn said.

Latino advocacy groups also have had their work cut out for them. Their efforts to assure all immigrants they can feel safe filling out the census were complicated by President Donald Trump’s efforts — ultimately unsuccessful — to include a question about citizenship status. After losing that fight, he issued a memo saying immigrants living in the country illegally cannot be counted toward a state’s congressional seat distribution. Several states, including Colorado, responded by suing the federal government.

The Pew Research Center estimates that Colorado had 190,000 immigrants living in the state without authorization in 2016, about 3% of the state’s population at the time. California had the largest such population at 2.2 million.

“It is our job at this point to highlight to our communities that the census is another way for them to have funding for public health, for their education, for any resources that are important to them,” said Yadira Solis, outreach manager at Colorado Organization for Latina Opportunity and Reproductive Rights. “It is their time to show power in numbers.”

Before the pandemic, COLOR was holding “cafecitos” with members of the community to talk about the census, funding and representation, but since the start of the pandemic the group has focused more on virtual programming.

“More than anything, our biggest concern is that the system is stacked against communities of color, that there will not be fair representation and that these communities will not get a fair share of the funds that the federal government provides to ensure health and well being,” she said.

For Solis, the census count is a family affair. She comes from a family of immigrants who worked in agriculture. Her parents’ primary language is Spanish, so when the census questionnaire arrived in 2010, she translated some questions for her parents to help them fill it out.

“We all kind of sat down and completed the census together,” she said. She added: “It’s a way to give back fully to show representation for my family.” A decade later, she plans to do it again to avoid undercounts.

The census has also historically undercounted children. It estimates that 18,089 kids in Colorado under 5 years old weren’t counted a decade ago.

An undercount could hobble the state for the next 10 years, affecting data, dollars and democracy, Winbourn said.

“Colorado has changed tremendously since 2010, and we have heard countlessly that the state and communities have not been able to keep up with growth, and we’re not seeing growth slow down,” she added.

Based on Colorado’s population growth, leaders have expected that the state will gain another congressional seat after the census count is completed. An undercount could put that in jeopardy.

“With the way our democracy is set up, we need adequate representation of what our state looks like on the national level and to not have that because of a rushed count, I think, is really not fair to Coloradans,” Winbourn said.

Colorado ranks 16th in the nation in self-response rates, according to Laurie Cipriano, a spokesperson for the U.S. Census Bureau.

This is the first year that the census has been conducted primarily online, and that has actually helped with responses during the pandemic, Cipriano said.

“We’re on the virus’ timeline, as is the rest of the country,” she said. “We have to adjust to meet our constitutional obligation.”