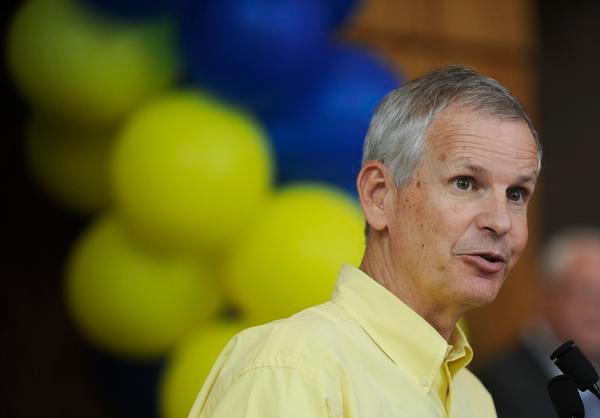 Colorado’s eight billionaires have acquired $9.7 billion in new wealth in the past year, a contrast to the hundreds of thousands of Coloradans who lost their jobs, savings or livelihoods.

None gained more between March 18, 2020, and Thursday than Charlie Ergen, the co-founder of Dish Network and EchoStar who is now Colorado’s richest person. Ergen was worth $5.4 billion last March and is now worth $10.7 billion, according to Forbes data.

That’s a gain of 98% that puts him ahead of investor Philip Anschutz, who saw his net worth drop during the pandemic, from $11 billion to $10.1 billion, or about 8%.

The economic downturn of 2020 was different in some ways than the Great Recession, as seen in these billionaire gains, said Markus Schneider, a professor of economics at the University of Denver. The stock market has soared since hitting a nadir in March 2020, bringing investors large gains even as unemployment rates have remained well above pre-pandemic levels.

“As has become painfully clear, the stock market is not, in fact, the economy,” Schneider said. “Recently they are trending quite differently and yes, in a downturn like this if you’re relying on income from work then you’re in a much more vulnerable position.

Ken Tuchman, founder of the Englewood-based outsourcing giant TTEC, saw the largest percentage increase of Colorado’s billionaires — from $1.3 billion in March 2020 to $3.1 billion by Thursday, according to Forbes data. TTEC did not respond to a request for comment.

Another thing the pandemic has made clear is that billionaires have “delinked” from the rest of the economy, said Chuck Collins, a scholar at the progressive Institute for Policy Studies and author of several books on income inequality.

“I was watching billionaire wealth during the Great Recession in 2008-2009, when the total assets of the Forbes 400 went down for four years, declined with the fortunes of everyone else and didn’t recover to 2007 levels until 2013,” he said. “So, I thought (last year) that the economy’s going to get hammered, wealthy people are going to feel the pain like others, and that is clearly not the case.”