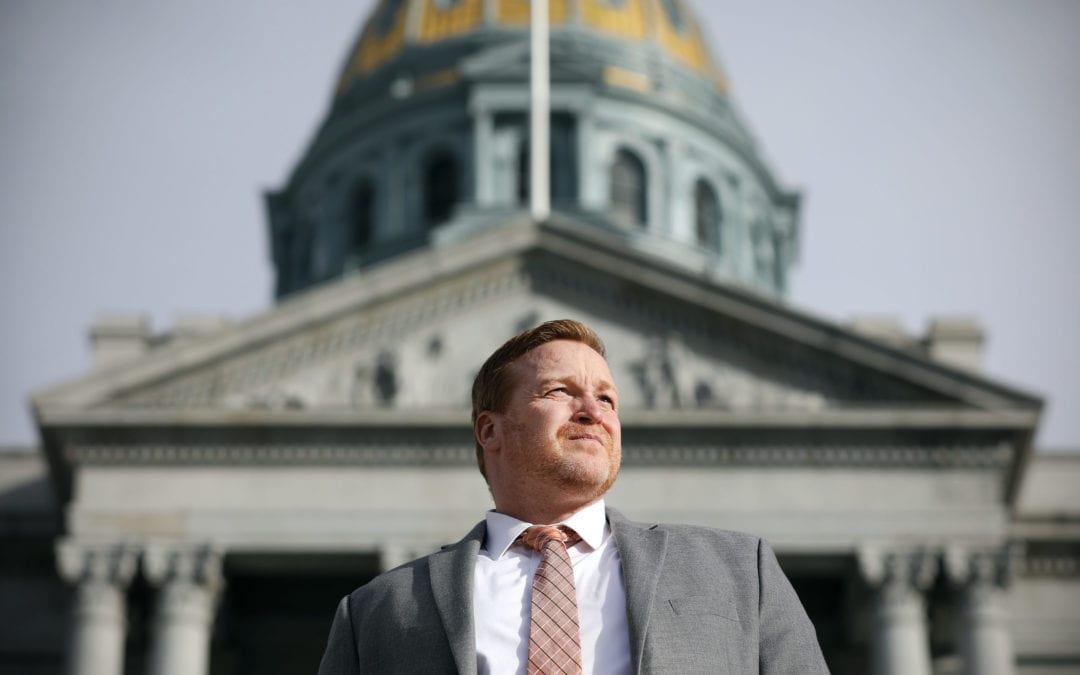 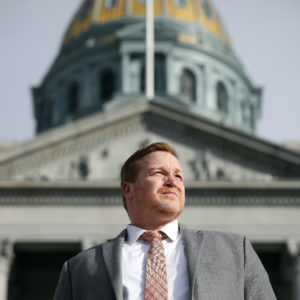 Some words fail us, and for Robert Werthwein, “depression” is one of them.

The 41-year-old director of Colorado’s Behavioral Health Office prefers to say “everything turned to complete shit” when his identical twin, Ryan, died of a brain tumor a week before their 15th birthdays, and that his life pretty much sucked for the decade that followed.

“It may sound like an oxymoron to say I was numb, yet overwhelmed with pain at the same time, but that’s how I lived for 11 or 12 years.”

Throughout that time, Werthwein says every disappointment or abandonment — be it a bad grade or a break-up — destroyed him. He was not good enough, wasn’t doing enough with his life or capable of being happy, he’d tell himself upon waking most mornings without energy or hope, feeling as though he were sinking, again, in sadness.

He started chugging cough syrup, and then whatever he could find in his parents’ liquor cabinet to take the edge off adolescence. He kept drinking to make it through college and a PhD program in child psychology. He would see fellow students smiling and laughing with each other, but figured they must have been faking it or unaware that the world was a “horrible, miserable place.”

Werthwein remembers the feeling of dread crawling under his skin. He would stare at his arms, imagining it worming through his veins. He’d try scratching it away, but it didn’t stop, keeping him awake for days on end until he would either sleep or hallucinate that he was sleeping, shadows appearing somewhere between the reality and unreality of his bedroom.

“At the time, in high school, I believed those shapes were coming to help me die. I remember feeling like ‘OK, I give up. I’m done.’”

He also remembers sitting on his bed as a teenager holding a Sharpie in one hand and a knife in the other, marking the spot where he would stab himself in the chest. He would spend hours talking himself into it, then talk him himself out of it whenever the sound of his mother’s footsteps reminded him she could not bear losing another son, especially to suicide. And so for many years, well into his mid-20s, he would daydream about more acceptable, even heroic ways to die: Too much smoke inhalation from rescuing someone from a fire, for example, or stepping in front of a sniper’s bullet.

Soon after his brother died, his mother took him to a psychiatrist whom Werthwein nearly punched for suggesting the family was remembering his brother Ryan as more saintly than he really was. Werthwein walked out on that doctor and would walk out on others through the years as he would start and then stop therapy and prescriptions, convinced that he deserved to suffer. The longer you think of yourself as broken, he says, the harder it is to believe in a fix.

That’s why the word depression, all sanitized and clinical, he says, doesn’t begin to express the pervasive shittiness of the condition, the hideous ways it can envelop you.

It wasn’t until Werthwein was 26, well into the therapy required in his PhD program, that he started learning to cope with the illness that runs in his family. His epiphany, as he calls it, didn’t come with a burst of happiness as in the movies. Rather, it came with a daily dose of an antidepressant, consistent, twice-a-week therapy sessions and acceptance that he is genetically coded with an illness that can be managed, if not cured.

“I remember feeling like shit one morning and deciding not to put a value statement on it or tell myself I was bad or not smart or strong enough to overcome it on my own. I just accepted that I was going to feel it that day, though not necessarily the next day or next year, and not let it overcome me,” he says. “That was life-changing. That’s when I started getting out of thoughts I was going to die.”

Werthwein has been managing his depression for 14 years now through various methods of mindfulness that help him shift his attention away from the intrusive thoughts he says creep up almost daily. He credits the support of therapy and his family for not having “spiraled out” in more than a decade.

It has been three years since he was appointed Colorado’s behavioral health chief, responsible for overseeing the state’s two inpatient hospitals and dozens of community mental health and substance use programs. He can see — both in the state’s data and on people’s faces — that COVID has put Coloradans more than ever. The responsibility can feel overwhelming, he admits, and depressive thoughts creep in some days more than others. But his job gives him purpose, and that purpose fuels him, he says, and he is “unwilling to be a failure.”

Werthwein has been especially struck by the number of people, especially young men, who have confided in him lately that they’ve been concealing COVID-related depression for fear that colleagues, friends or relatives will judge them as weak.

“This whole thing about people thinking they need to pull themselves up by their own bootstraps, this reluctance to come forward (and) ask for help, it’s asinine because it’s, like, 2020 and people are hurting and it’s important to know that doing it on your own is bullshit,” he says. “This stigma needs to stop.”

That’s why a few weeks ago he started to consider speaking publicly for the first time about his own depression.

“I thought long and hard about making myself vulnerable (and) putting this out into the world,” he says. “And (what) I decided is that I’d pretty much be an asshole not to.”

This story is part of a statewide reporting project from the called . This project is supported in part by the for Mental Health Reporting and a honoring the memory of the late Benjamin von Sternenfels Rosenthal. Our intent is to foster conversation about mental health in a state where stigma runs high.

This post Colorado’s Behavioral Health Chief Opens Up About His Own Severe Depression previously appeared on North Forty News.