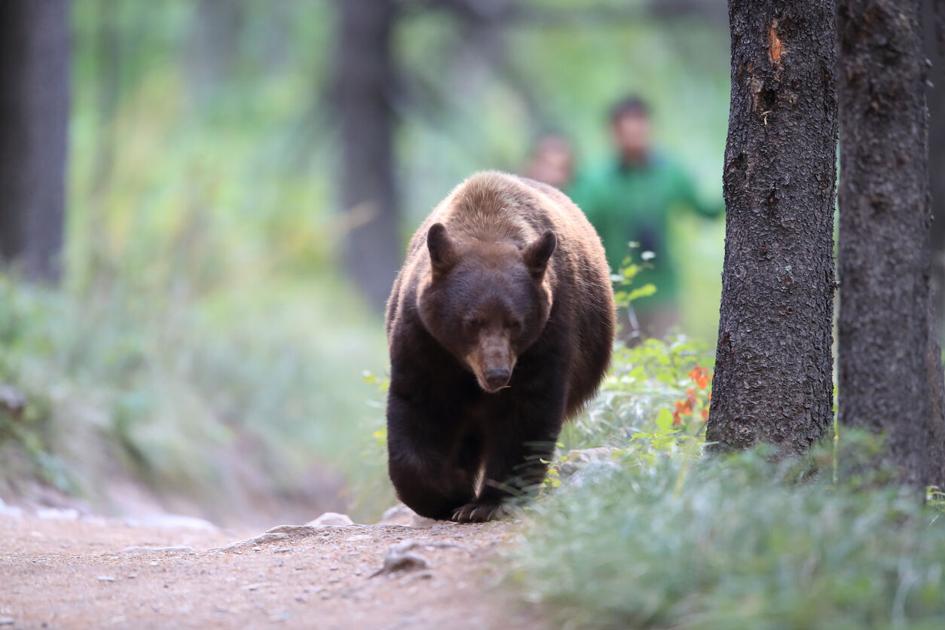 A 39-year-old woman was found dead late Friday in Colorado after what Parks and Wildlife officials believe was a bear attack, according to a Saturday news release from the agency.

The woman was found off US Highway 550 near Trimble, a town north of Durango in southwest Colorado.

The La Plata County Coroner’s Office will complete an autopsy of the woman, who’s identity was not released, next week, the agency said.

The boyfriend, whose name has not been released, told investigators he returned home about 8:30 p.m. Friday and discovered the two dogs outside of their home, but the woman was missing. He started searching for her and discovered her body around 9:30 p.m. and called 911.

Colorado Parks and Wildlife officers responded to the scene and reported signs of consumption on the woman’s body and an abundance of bear scat and hair at the scene.

Deputies assisted in the investigation. Parks and Wildlife called in a dog team from the U.S. Department of Agriculture Wildlife Services to search the area.

The dog team quickly found a sow (female) black bear with two yearlings nearby. The bears were euthanized and are being taken to the agency’s Wildlife Health Lab in Fort Collins for a necropsy. DNA evidence from the bears and the scene will be sent to Laramie for testing at the Wyoming Game and Fish Wildlife Forensic & Fish Health Laboratory, the news release said.

“Bear attacks are extremely rare,” said Cory Chick, CPW Southwest Region manager, in the release. “This is a tragic event and a sad reminder that bears are wild and potentially dangerous. Out of an abundance of caution, the bears were removed for public safety. We ask the public to report any encounter with an aggressive bear to [Colorado Parks and Wildlife].”

Chick asked the public to avoid the area as the CPW investigation with La Plata County continues. Wildlife officers worked through late Friday and into Saturday morning to process the scene, looking for evidence to corroborate it was a wildlife attack.

An examination of the sow’s teeth led wildlife officers to believe she more than 10 years old.

Colorado Parks and Wildlife officials have received a reports from the Durango area of bears becoming active this spring. The majority of these have been sighting reports.

On April 19, a resident along the Animas River and La Plata County Road 250 captured a single bear on his game camera and reported that the bear tore down his bird feeder. On March 23, the agency received a report of a bear getting into trash east of Durango off Florida Road.

Bears are active throughout Colorado and it is important to be Bear Aware.

The following is a list of fatal bear attacks in Colorado’s recorded history, provided by Colorado Parks and Wildlife:

July 25, 1971: A honeymooning couple was attacked while tent camping near Grand Lake in Grand County. A large older bear entered the tent, injured the woman and pulled the 31-year-old man away from the campsite. The man was killed. The bear was later found and killed. Further examination of the black bear found that it had worn, abscessed teeth and a plastic bucket in its stomach.

Aug. 10, 1993: A 24-year-old Buena Vista man was attacked and killed after a male bear broke into a camper 20 miles north of Cotopaxi in Fremont County, presumably in a search for food. The camper tried to stop the attack by shooting at the bear, but it only injured the animal. The bear was injured by a bullet that grazed its rib cage, possibly increasing the intensity of the attack. A 250-pound, very aggressive male black bear with a fresh bullet wound to the rib cage was trapped and destroyed six days later. A necropsy on the bear revealed human remains in its digestive system.

Aug. 7, 2009: A 74-year-old woman was killed and partially eaten by a bear or bears at her home near Ouray, in Ouray County. As Sheriff’s deputies were investigating the scene, they were approached by a 250-pound, 5-year-old male black bear that exhibited aggressive behavior. Deputies shot and killed the bear after it approached them and showed no fear of people. Results of the necropsy on that bear were inconclusive as to whether it was involved in the original incident. Early the next morning, federal wildlife officers killed a 394-pound, mature male black bear that approached the home and exhibited aggressive behavior. A necropsy on the large older boar revealed human remains and remnants of clothing in its digestive system. A CPW investigation determined the victim illegally fed bears through a fence in her yard.

Most Colorado bears are active from mid-March through early November. Black bears are curious, intelligent, and very resourceful; they will explore all possible food sources. If they find food near homes, camp​grounds, vehicles, or communities, they’ll come back for more.