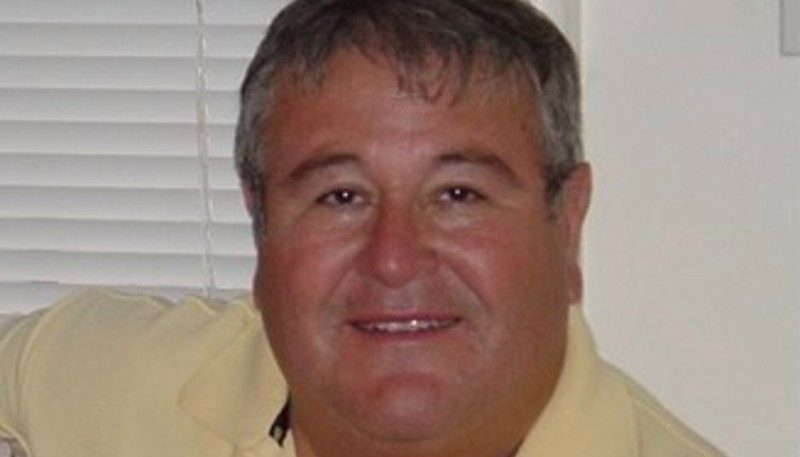 Joyce Blutt refers to Emilio Martinez as her guardian angel, her Saint Emilio.

Blutt, 74, is one of seven strangers who Martinez drove from the Omaha, Nebraska, airport to Denver for free on Sept. 11, 2001, after their planes were grounded in the wake of the terrorist attacks.

Martinez died in 2016, but his daughter, Las Vegas radio host Mercedes Martinez, put out a call on social media last week ahead of the 20th anniversary of 9/11 looking for the seven strangers her father’s kindness touched in the hopes of reminiscing.

When Emilio Martinez’s plane, bound for Denver from Ohio, was grounded at the Omaha airport, he immediately rented the largest van he could find, scrawled out that he was Denver-bound on a piece of cardboard and gave seven people a nearly 500-mile ride home for free.

“I don’t know what I was expecting, but I think she filled in some of the story for me and really gave me some closure,” Mercedes Martinez said Tuesday after talking with Blutt.

Blutt, who lives in Colorado Springs, heard about the mission to find Emilio Martinez’s van passengers after a loved one saw the story on the news.

“I had just told my daughter-in-law the story two hours before as we were talking about 9/11 and where we were, and, sure enough, she saw it shortly after,” Blutt said.

Blutt was flying from Denver to Chicago that fateful day, on the way to visit her parents when her plane was grounded. After wandering the Omaha airport trying to figure out how she would get home — all the rental cars were booked and no planes were taking off — Blutt called her late husband, who told her to have some patience and they would figure something out.

“Literally, I hung up with him and there was Mr. Martinez holding up this sign,” Blutt said. “I can’t explain to anyone how amazing that was. A guardian angel right there.”

Blutt said people started flocking to Martinez and his sign, and pretty soon she along with another woman and five men began following him to his van.

“There was never a feeling of ‘should I or should I not?’” Blutt said. “It was just a miraculous moment for all of us.”

Once in the van, Blutt said Martinez tuned into National Public Radio and the passengers began learning more details about the terror attacks. Blutt said a hush fell over the vehicle and the woman next to her began shaking.

“Everybody was just sitting there, numb,” Blutt said.

As the minutes and hours ticked by, Blutt said eventually people started sharing small details of their lives: whether they were married, had children, what they did for a living.

“Do I remember any of their names or what they said 20 years later? No,” Blutt said, chuckling. “I’m lucky if I remember what I had for lunch yesterday.”

They stopped for a bathroom break, filled up on gas, and everyone got snacks and drinks for the remainder of the drive, Blutt said.

Because Blutt lived about an hour from Denver in Colorado Springs, she told Martinez to drop her off at Park Meadows mall in Lone Tree where her late husband would be waiting to pick her up.

Blutt has told the story of a stranger’s kindness to family over the years, and her granddaughter even shared Martinez’s good deed in her classroom as an example of the kinds of impacts 9/11 had on everyone.

“I think of this man all the time,” Blutt said. “I will never forget him.”

Blutt said she and her current partner travel to Las Vegas a few times a year.

“Joyce told me when she found out the plane was landing and they didn’t know why, she was initially upset because she didn’t get the cup of coffee she had ordered on the plane,” Mercedes Martinez said. “I told her the next time she’s in Vegas, I’ll buy her that cup of coffee or a glass of wine, if she’d prefer. She said she’d take me up on the wine.

“I think my dad would be smiling that we are reconnecting after all these years.”