Colorado will pay federal unemployment benefits until they expire in September 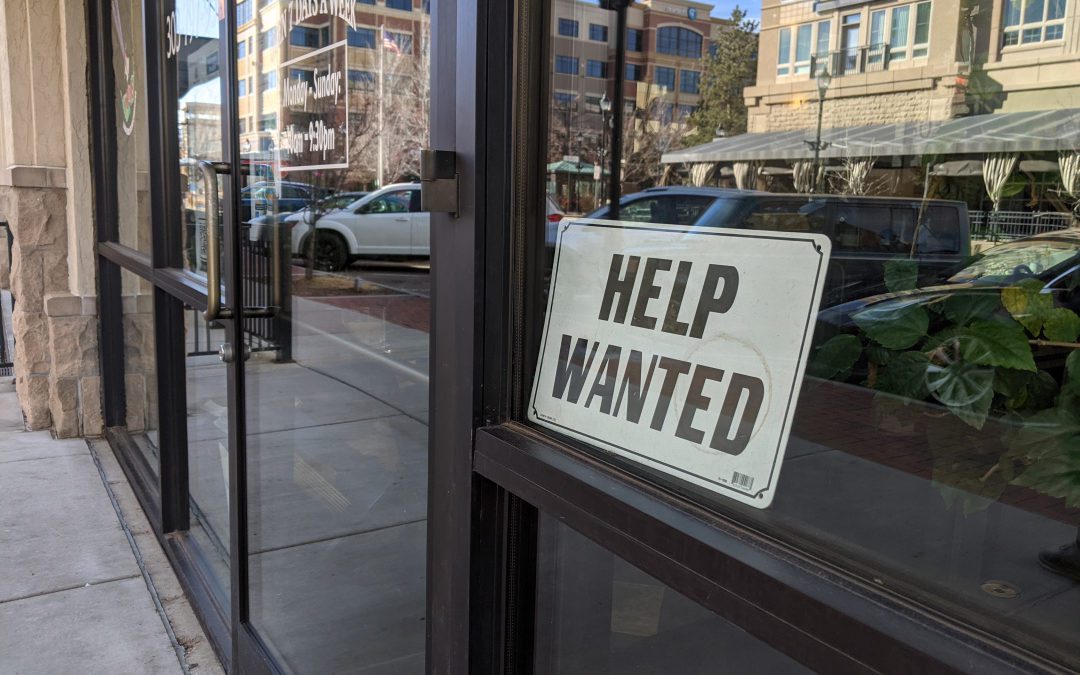 Colorado will continue to pay federal unemployment benefits until the relief expires Sept. 6 even as 21 other states are now saying they’ll end their participation early, state officials said Tuesday.

“Colorado will not be ending the federal unemployment benefits earlier than the September end date,” said Jessica Hudgins Smith, press secretary for the Division of Unemployment Insurance.

The 21 states, all of which have Republican governors, cited labor shortages in their states. By opting out of the federal program that pays unemployed workers an extra $300 a week, the states said they hope to encourage people to return to work.

One of the latest to opt out was Texas, where Gov. Greg Abbott said Monday that the state would end its participation in the federal program on June 26 because jobs are plentiful and  “the number of job openings in Texas is almost identical to the number of Texans who are receiving unemployment benefits,” Abbott said in a statement.

Colorado has distributed $9.2 billion in state and federal unemployment pay since March 29, 2020. About two-thirds of the amount was paid with federal funds. As of May 1, the state Department of Labor estimated that 162,886 Coloradans were collecting unemployment with nearly 108,000 receiving only federal benefits.

Colorado’s own state job board had more than 100,000 job openings advertised on Tuesday. But finding a job with pay similar to pre-pandemic times hasn’t been easy for welder Alex Wilson, who said he was earning close to $25 an hour and now only sees entry-level openings paying between $16 to $20.

“They’re (offering) $18, $19, $20 an hour to start and that’s with no experience. If you come in with a lot of experience asking just a few more dollars, they just turn you away,” said Wilson, who invested in years of training and has seven years of experience. “I’ll never give up welding and I’m really hopeful that one day I can hit a big job with my company and we can make millions of dollars. But I’m starting to look into other trades and other career possibilities to subsidize myself until then.”

Until wages start rising, some economists say there really isn’t a labor shortage because “employers who truly face shortages of suitable, interested workers will respond by bidding up wages to attract those workers,” Heidi Shierholz, a senior economist for the Economic Policy Institute, wrote in an opinion piece.

Companies raising wages in the past week are those in dire need of service workers, including McDonalds, Chipotle and Amazon. Amazon raised its average pay for new distribution center hires to $17 an hour and announced last week that it’s hiring an additional 3,000 workers in Denver.

Restaurants that were hit hard during pandemic closures are now having a really difficult time trying to get workers to return. According to the Colorado Restaurant Association, a recent survey had 90% of Colorado restaurants reporting trouble with hiring enough staff for the summer patio season.

“And now, with social distancing requirements lifted and almost every restaurant in Colorado trying to hire workers, there’s a serious staffing shortage across the state,” said Sonia Riggs, president and CEO of CRA.

“In that same survey, 65% of restaurants reported that they believed the primary obstacle to hiring is workers preferring to remain on unemployment benefits. Just over 15% report that their workers have left the restaurant industry for other jobs and more than 10% cite increased competition for hiring as a factor. It’s a complex situation,” she added.

The restaurant association is helping its members by lobbying the Governor’s office and local policy makers to provide more grant funding for hiring and retention incentives.

But for small businesses needing service workers, the market was already tight before COVID-19. When the state’s unemployment rate dipped below 3% before the pandemic, it was already tough finding enough qualified help.

The situation is much more severe now, said Laurie Cadwell, the owner of the Big City Burrito in Fort Collins. She faces competition from other restaurants, larger chains that can pay a higher wage, ongoing health concerns for staff, and workers who are receiving federal benefits and have less incentive to return to work.

She said she’s had to close the eatery often because she can’t find enough qualified workers, even with a starting pay of $14 an hour. When she recently advertised on Indeed.com, she said she got no applicants unlike before the pandemic.

“I think there will always be people that want restaurant jobs. I don’t think that’s any different now,” she said. “But I just think they’re getting too much money not to work.”

States that are ending their participation in federal unemployment benefit programs early will still pay those eligible for regular state unemployment.

And eligible Coloradans who have moved to states that are ending federal benefits early will still be paid as long as they remain eligible in Colorado and complete their work-search requirements, said Smith, with the state Department of Labor.

“If an individual is receiving (federal pandemic unemployment) or regular state benefits from Colorado, the fact that person may now be residing in one of these other 20 states does not impact their ability to continue receiving benefits on that valid claim through Colorado,” she said.