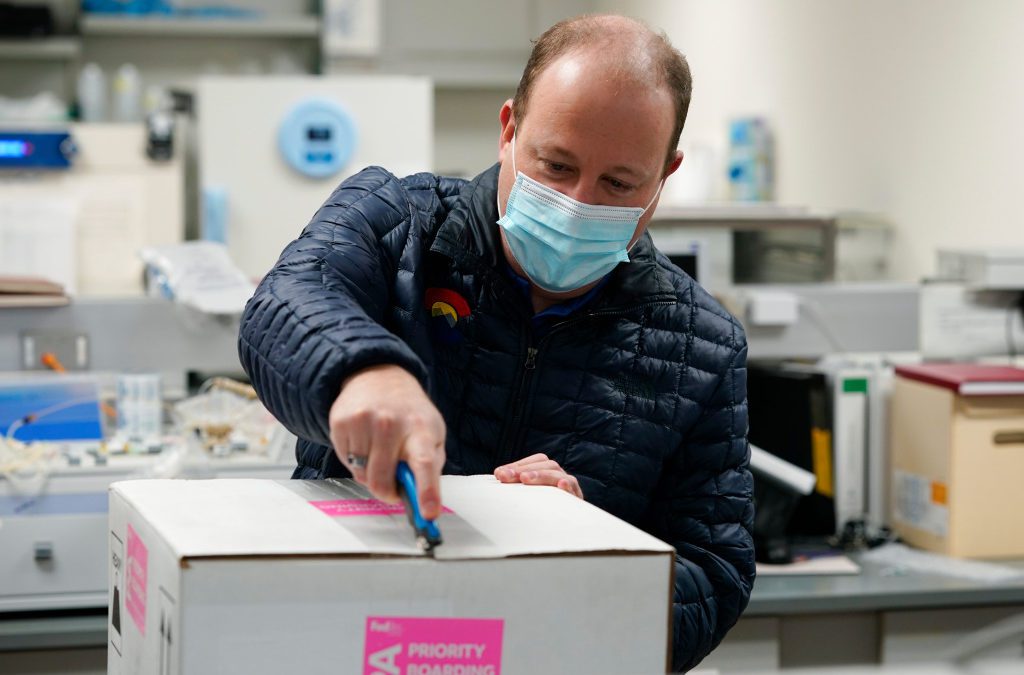 Amid a push to get more Coloradans– especially teens and people under 30 — inoculated, the state health agency on Thursday relaxed strict rules governing the handling of COVID-19 vaccines by allowing providers to keep doses on hand for up to two weeks.

Previously, providers had to administer vaccines within 72 hours or risk having their supply sent elsewhere as part of the state’s effort to not waste doses, which were thought to have shorter shelf lives.

But now that COVID-19 vaccine supply is more readily available as demand has fallen, state officials want to make it easier for people to get immunized by allowing pharmacies, health systems and other providers to open a vial for just one patient rather than making sure they’ve scheduled enough appointments to use it all up.

“We want to miss no opportunities to vaccinate somebody,” Gov. Jared Polis said during a news briefing Thursday, adding, “It’s inexcusable to deny someone the vaccination simply because we don’t have enough people lined up for every dose in the vial.”

Handling COVID-19 vaccines can be difficult for providers. For example, Pfizer’s doses have to be stored at ultracold temperatures and until recently it was believed they could only last in a refrigerator for five days. On Wednesday, the U.S. Food and Drug Administration said it’s now OK to store Pfizer’s vaccine for up to a month.

Colorado requires providers to report wasted or spoiled doses. To date, according to state data, vaccine providers have reported 12,646 unused doses — less than 0.3% of the total  5.1 million doses administered statewide since December.

The policy changes come as vaccinations have slowed in Colorado and state officials are encouraging more younger residents to get the shots — especially now that Pfizer’s vaccine is available to people as young as 12 years old.

So far, 11% of Coloradans ages 12 to 15 received their first dose in the week since the vaccine was authorized for that age group, Polis said.

Overall, about two-thirds of Coloradans over the age of 30 have received at least one dose of COVID-19 vaccine, but only 44% of the 16-to-29 age group has, Polis said. As of Thursday, 2.4 million people in Colorado are fully vaccinated, according to state data.

“We’re seeing so many more people 30 and under — teenagers and 20s — in the hospital and so many less in their 60s, 70s and 80s, where we have very, very high vaccination rates in the state of Colorado,” Polis said. “So the main takeaway of that is, of course, vaccines work.”

Coronavirus cases and hospitalizations are declining overall statewide, which officials attribute to more residents being vaccinated.

Rates among children and teens also are decreasing, which the state health department believes is due to indirect protection from adults, such as parents, being vaccinated, said Dr. Rachel Herlihy, Colorado’s state epidemiologist.

But coronavirus transmission remains highest among middle and high schoolers. The test positivity rate is also above the recommended 5% threshold for those 17 and younger, which means there are cases that are going undetected, she said.

“The goal that we have in mind here is to get to a place where we have enough protection for individuals who are not yet vaccinated from their community,” Herlihy said.

In April, there were 95 COVID-19 hospitalizations among those 18 and under. That’s near the number of pediatric hospitalizations during Colorado’s third wave of infections last fall, when 113 children and teens were hospitalized in November.

COVID-19 hospitalizations peaked for children and teens in December, when 122 youths were hospitalized, according to the state health department.

About half of Colorado’s pediatric hospitalizations that occurred in recent months are now considered “vaccine preventable” because children 12 and up are eligible for COVID-19 shots, Herlihy said.