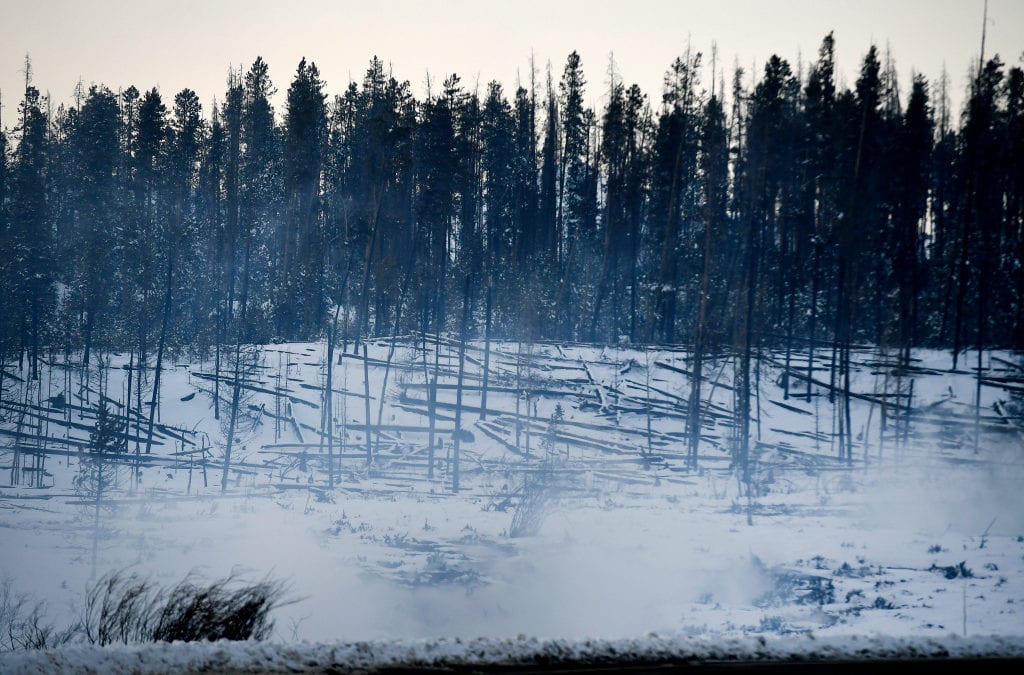 Snow blanketing the East Troublesome and Cameron Peak wildfires is slowly melting and some smoldering fire pockets are smoking, but the fires have had little to no growth this week.

“It’s a slow, controlled melt, which is what we want to see,” said Noel Livingston, incident commander of the East Troublesome fire, at a Friday morning briefing.

On Friday, firefighters will work and concentrate along the U.S. Highway 43 and U.S. Highway 40 corridors. Firefighters are also addressing “hotspots” along Colorado 125, fire officials said.

Skies will be sunny on Friday with high temperatures in the mid-30s, according to weather forecasters. Winds on Saturday will gust to about 25 mph as high temps climb into the lower 40s under sunny skies. Precipitation isn’t in the forecast until the first full weekend of November.

Smoke will be visible Friday in the northern portion, the most active section, of the fire, and smoldering will continue in other areas as well.

Fire crews continue to work on a containment line along the East Inlet Trail in Rocky Mountain National Park. “This line will be used to help stop fire spread if fire behavior increases in the future,” according to the update.

Rocky Mountain National Park remains closed because of the wildfires.

The East Troublesome fire, the second largest wildfire in state history, has burned 193,774 acres, almost 303 square miles, in Grand County and it is 32% contained.

The Cameron Peak fire, also calmed by the earlier snowstorm, has pockets that are smoldering and producing smoke. The Pingree Park area reported 27 inches of snow.

On Thursday, road conditions improved in some areas, allowing firefighters more access to work on the wildfire.

“Firefighters were able to access the southern perimeter of the Thompson Zone and began constructing fireline directly along the fire edge,” according to the Friday morning update.

Poor road conditions in the Storm Mountain area is limiting access. Fire crews have gotten into the Buckhorn Road area to check on fire containment lines and continue work there.

Skies over the fire area are mostly sunny and afternoon temperatures are expected to climb into the mid-50s, according to forecasters. Winds are expected to pick up overnight, gusting up to 50 mph on Saturday morning before diminishing in the afternoon.

The Cameron Peak fire, the largest in state history, has burned 208,663 acres, about 326 square miles, in Larimer County. The fire is 64% contained.