Colorado wildfires hit with snow in ‘welcome sight’ for firefighters 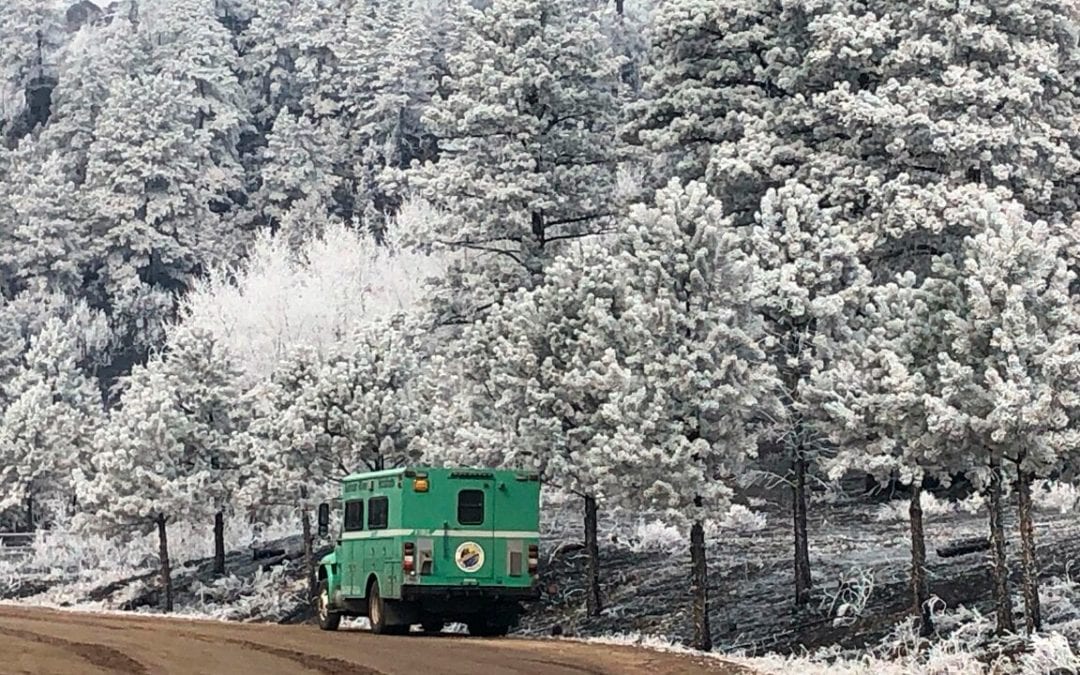 Firefighters battling the two largest wildfires in Colorado state history got some relief from Mother Nature after the state was blasted with snow.

The National Weather Service (NWS) forecast office in Boulder said an average of 4 to 6 inches of snow fell across the Denver metro area, with some places in higher elevations receiving well over a foot.

“What a welcome sight from our Wildland Team at the East Troublesome Fire,” Adams County Fire Rescue posted on Facebook. “The snow is helping provide some kind of relief for firefighters today.”

Residents in the area who have been dealing with evacuations and massive amounts of smoke from the blazes welcomed the fresh blanket of powder.

The snow and cold weather on Sunday put a damper on the East Troublesome Fire that has forced thousands of people to evacuate in northern Colorado and burned part of Rocky Mountain National Park, but fire officials warned it would not be enough to put out the blaze.

“Although the snow is expected to slow fire activity, large downed logs and other large fuels under the forest canopy will still smolder,” the U.S. Forest Service said in an update. “Temperatures are forecasted to gradually warm back up beginning Tuesday.”

But a day after strong winds helped push the fire in the national park, forcing the evacuation of Estes Park, the gateway town at its eastern edge, temperatures dropped and no fire growth was expected, according to Noel Livingston, incident commander of the East Troublesome Fire.

This photo released by the U.S. Forest Service shows significant snowfall near where officials have been battling the Cameron Peak Fire in Colorado.
(US Forest Service)

Officials have not yet said how many structures have been damaged by the blaze, only saying “a lot” of homes had been destroyed, the Denver Post reported.

Firefighters battling the state’s largest blaze, the Cameron Peak fire, said they were also welcoming the cold blast and wintry precipitation. The fire has burned some 208,663 acres and is 64% contained.

“It’s going to be great because [the snow] will definitely keep things quiet for a while,” wildfire response spokesperson Cass Cairns told FOX31.

Cairns said Sunday the snow could help if the frostiness keeps the flame front down, according to Cairns.

“They would be able to look towards maybe getting to the fire edge if it’s at a place that they can do so,” Cairns said.

Snow-covered roads may delay firefighters from getting to where they need to be and bitterly cold temperatures may lead to equipment issues with water pumps.

“Yesterday [firefighters] spent time winterizing [pumps] so they wouldn’t freeze,” Cairns told FOX31. “They wanted to make sure that they are going to be fully functional once the fire starts getting active again.”

The cold is being viewed overall as a good thing, as both blazes were limited from spreading by the snow. Pre-evacuation orders were lifted for the towns of Granby and Hot Sulfur Springs, and flames were kept away from Estes Park and Glen Haven.

Even though the cold blast is helping firefighters, Grand County Sheriff Brett Schroetlin said during a briefing Sunday that “we’re not out of the fire potential.”

“2020 has been a unique fire season, we never expected 100,000 acres of growth in one night, so we need to plan for the unprecedented,” Schroetlin said.

Due to the ongoing fire danger, officials have closed vast areas of national forest from areas west of Denver all the way to the Wyoming border.