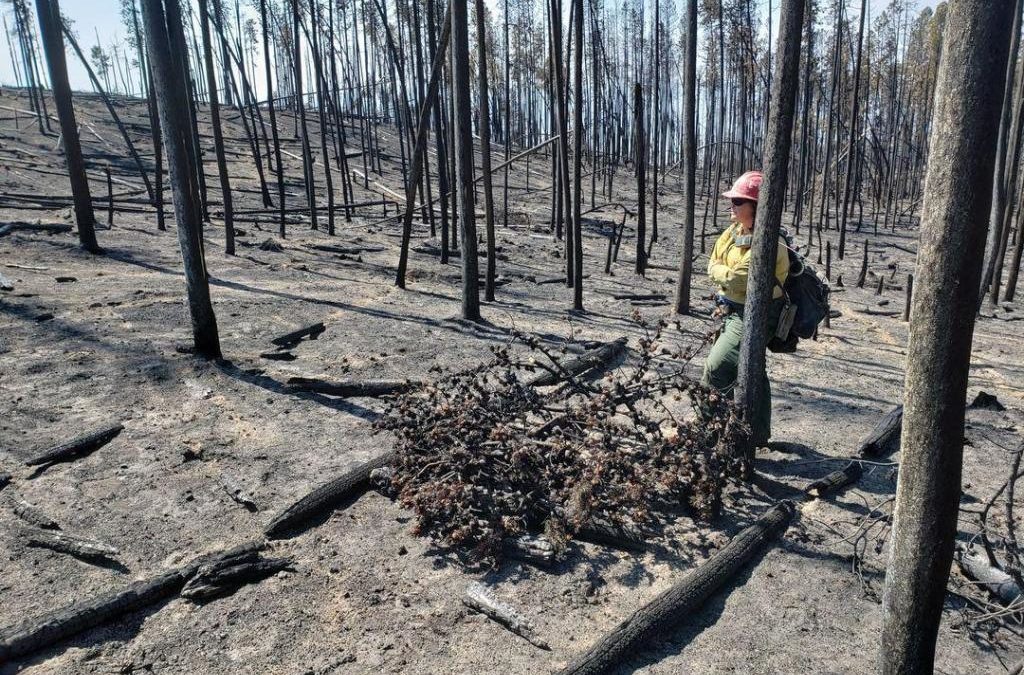 Several fires still smolder across Colorado, but crews have put in a lot of work to combat and suppress blazes.

In some cases, the Black Mountain fire was not hot enough to burn the tree, but it was hot enough to scorch the needles on lodgepole pines.

The most recent spark was the Black Mountain Fire on Aug. 29. As of Tuesday, crews have now established 91% containment. That fire is one of four still active from this summer’s fire season.

The Black Mountain fire is about eight miles northeast of Kremmling. Crews added to containment along the west edge of the fire area, where firefighters have cleared debris and put out hot spots over the past few days. The one uncontained section is on a southeast appendage that is inaccessible due to steep, rocky terrain.

While the fire is a full suppression effort, the incident was handed over from a Type 3 team to a Type 4 team Tuesday. That means crews will have fewer resources, but the lightning-caused fire has grown only a few acres in the past two weeks.

The biggest blaze currently burning in Colorado is the Morgan Creek Fire. Officials said on Sept. 15 that the lighting-sparked blaze 15 miles north of Steamboat Springs is 7,509 Acres and 24% contained. The fire has only grown four acres in over a month.

The Sylvan Fire, 3,792 acres, and Muddy Slide Fire, 4,093 acres, are both over 80% contained with minimal activity. Each blaze was caused by lightning.

The Larimer County Sheriff’s Office reported a small blaze Monday afternoon. The Virginia Dale Fire is already 25% contained, estimated at 25 acres large. The fire is burning near the former Overland Trail stagecoach station and near the small community of Virginia Dale.

The National Weather Service in Boulder warns there will be raised fire danger later in the week.