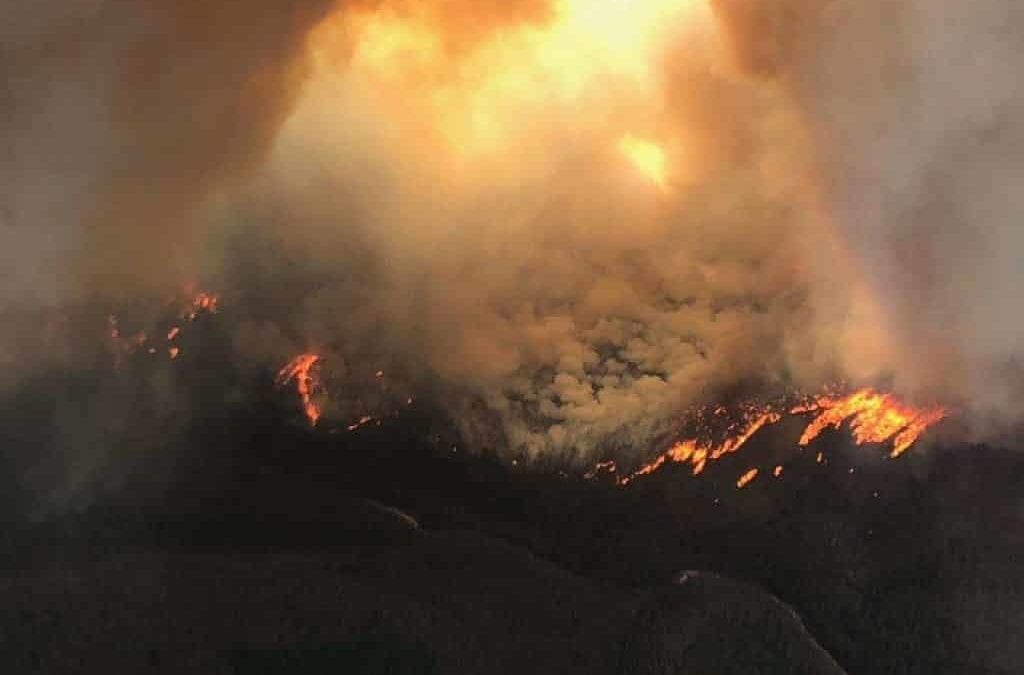 Editor’s note: This is the latest information from InciWeb- Incident Information System as of 11 a.m. Monday, Aug. 17.

The Pine Gulch fire is close to overtaking the High Park Fire, which burned 87,284 acres in Larimer County in 2012, killed one person and destroyed hundreds of homes.

The blaze is burning in dry vegetation in remote, rough terrain, and authorities said the dry fuels combined with drought conditions have created “extreme fire behavior with high resistance to control.” More than 800 people are working to stop the fire’s spread.

Over the weekend, the Grizzly Creek Fire became the largest in the history of the White River National Forest as far as acres burned.

White River National Forest Supervisor Scott Fitzwilliams said the Grizzly Creek Fire erupted so significantly because of hot, dry and windy conditions and because firefighting in the early stages was so difficult in the steep, inaccessible terrain.

Interstate 70 remains closed in both directions between Gypsum and Glenwood Springs with no estimated time for reopening.

On Sunday, authorities with the U.S. Forest Service attributed the Williams Fork Fire burning 7 miles away from Fraser in Grand County to humans.

In a Sunday night update, the Forest Service listed the large wildfire as “human caused.” A spokesperson said over the phone that lightning had been ruled out, and while the exact cause remains under investigation, it is believed to be a result of human activity.

That revelation came with news that the Williams Fork Fire in southern Grand County grew to 6,345 acres by midday Sunday. At the same time, local authorities continued making evacuation plans in and around Fraser, just in case those plans are needed.

Smoke could be seen from the fire in Summit County over the weekend.

The Fawn Creek Fire started on the afternoon of July 13 and quickly grew to several hundred acres. The fire was declared 100% contained July 23.

The Cameron Peak Fire hit 13,305 acres Monday morning, about 20.8 square miles, after advancing on all fronts throughout the day Sunday.

The blaze started Thursday and is 0% contained. It’s burning in the Arapaho and Roosevelt national forests near Cameron Pass and Chambers Lake, moving through heavy timber and rugged terrain.

Firefighters are working to identify places where they can set up effective fire controls to stop the fire’s future spread but are not working directly on the fire’s front because it is too dangerous for firefighters, authorities said during a Sunday evening briefing.

The Wolf Fire started July 14 nearby two other fires including the Stewart and Fawn Creek fires. These fires are now 100% contained.

Little precipitation over the past couple of weeks in the fire area has provide opportunity for any remaining heat to rekindle unburned fuels on the Goose Creek Fire. There hasn’t been any known activity for several weeks. As a result, fire managers have increased containment to 85% and extended the expected containment date to Sept. 3.

The fire is not out yet. Pockets of heat may still be present and could provide the potential to cause a flare-up when conditions become favorable.

A lightning storm on the afternoon of June 13 ignited the Sand Creek fire on the San Juan National Forest’s Pagosa Ranger District. After assessing the fire from the ground, the decision was made not to engage due to a high density of hazardous snags, heavy fuel loads and difficult terrain.

The fire has received significant moisture but will not be called out until fire managers are certain no heat remains.

The Loading Pen Fire has been burning in the Dolores River Valley between the towns of Dolores and Rico since June 13. No structures were threatened. Firefighters including Hotshot crews, helicopters, engines and a bulldozer worked to contain the fire. It was 100% contained as of July 2.

A brush fire that started in Garfield County on Sunday night forced evacuations for a short period of time. The fire is burning 14 miles northeast of Rifle and was last estimated at 3 acres, according a report from 9News.

All evacuations were lifted and the fire was declared under control early Monday, according to a report from CBSDenver.