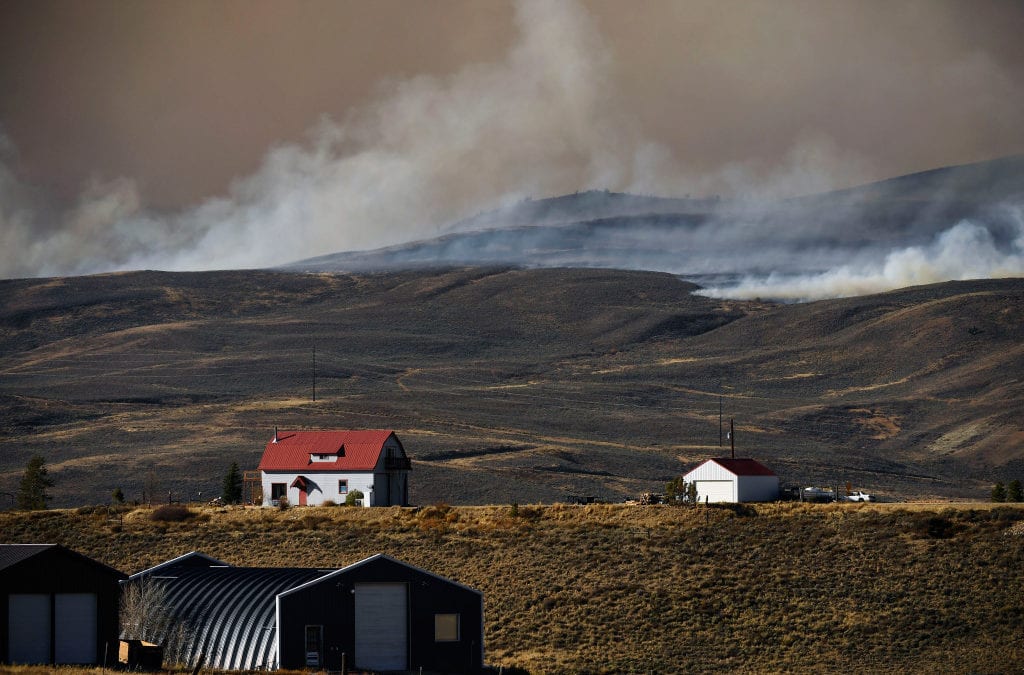 The two largest wildfires in Colorado history have been blanketed in snow but firefighters and other emergency responders continue to work on the fires, including efforts to get residents back into their homes and to identify homes that have been destroyed.

Grand County Sheriff Brett Schroetlin on Tuesday morning said assessment team members have identified “about 100 or so” homes destroyed by the East Troublesome fire in a new round of assessments over the past couple of days, after snow made the area more accessible.

“We’re finding more every direction we turn around,” Schroetlin said.

Assessment members are engaged in the difficult process of determining whether structures are homes, out-buildings or other structures, including detached garages, sheds and barns. And while the snow, up to a foot in some areas, has allowed access to the fire area, it’s also slowing down the assessment process by making travel slower and slick.

“The snow is making it really hard,” Schroetlin said. An official assessment count may be released Tuesday afternoon.

Noel Livingston, the fire incident commander, said the fire has been impacted by the snow and that it’s “not trying to move. It’s been a good quiet couple of days.”

The East Troublesome fire, the second-largest fire in Colorado history, has burned 192,560 acres, just over 300 square miles, and is 20% contained, fire officials said.

At the Cameron Peak fire, the largest wildfire in Colorado history, snow that started Sunday continued until about mid-day Monday.

“The snow was not a season-ending event” for the fire, “but a season-slowing event,” fire officials said in a Tuesday update. “Fire activity decreased in the past few days but could become more active as temperatures increase later in the week.”

The storm brought between 15 to 20 inches of snow to areas of the fire burning in Larimer County. Firefighters plan to work on expanding and strengthening containment lines on the southern edge of the fire. They are also working with the sheriff’s office on allowing access to homes and properties.

“We are not going to turn our back on this,” said Randy Johnson, deputy incident commander, in a Tuesday morning briefing.