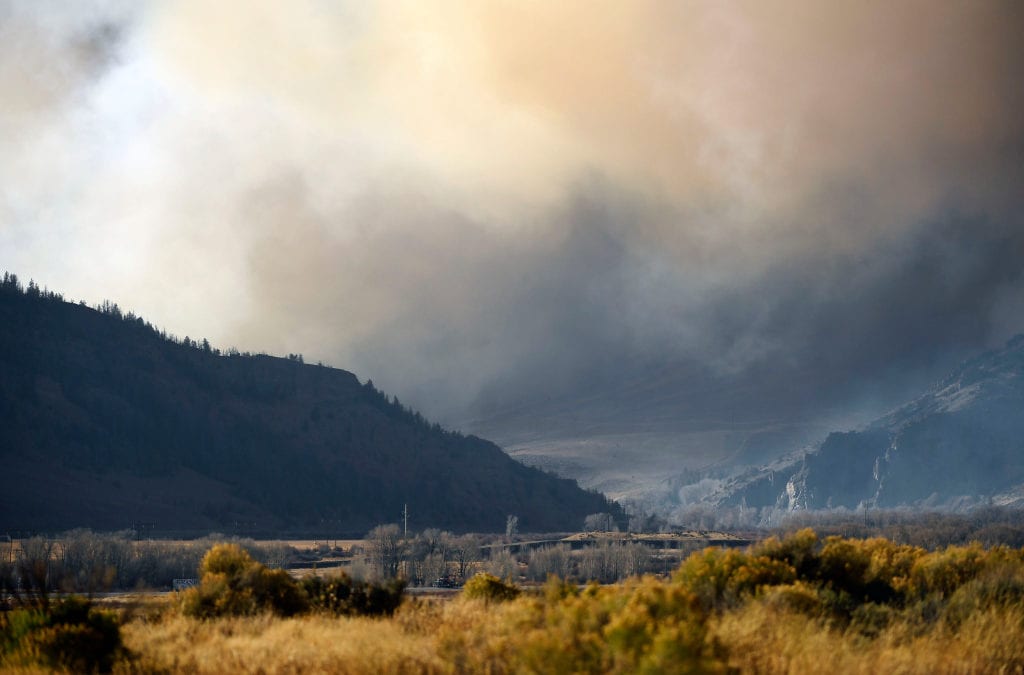 Colorado’s two biggest wildfires remain calm as snow melts in the fire areas and smoke may start rising in smoldering spots as milder, sunny weather is in the forecast through the weekend, fire officials said Wednesday.

“There’s been no fire growth since the snowstorm,” Livingston said.

An infrared flight, for mapping purposes, took to the air Tuesday, the first such flight since Sunday. More flights, including helicopters, are planned for Wednesday as firefighters observe the fire zone and formulate continuing suppression and protection plans.

Low temperatures in the fire area early Wednesday morning were once again in the single digits. High temperatures Wednesday should rise into the upper 30s, with light winds.

Firefighters have been clearing “hazard” trees, that pose a threat of falling, along the U.S. 34 corridor and into Rocky Mountain National Park, fire officials said. That work will continue Wednesday.

At the Cameron Peak fire, light smoke was seen Tuesday in the Pingree area, near Comanche Lake, fire officials said.

Capt. Joe Shellhammer, of the Larimer County Sheriff’s Office, said structure damage assessments were carried out Tuesday and teams made good progress. The fire, the largest in state recorded history, has destroyed 442 structures, including 222 residences.

The sheriff’s office is working with fire officials on plans to allow residents, who are evacuated from homes under mandatory orders, to return once areas are deemed safe, Shellhammer said. Falling trees, including across roadways, continue to be a safety problem in some areas.

The Colorado Department of Public Health and Environment has issued an air quality health advisory around both fire areas because of wildfire smoke.

The advisory started at 9 a.m. and will run through 4 p.m. Wednesday. Locations in Grand and southwestern Larimer counties include Grand Lake, Granby, Hot Sulphur Springs, Parshall and Estes Park.

Smoke could be moderate to heavy in some areas. People with heart disease, respiratory illnesses, the very young and the elderly are most susceptible to the smoke. Outdoor activity should be limited if smoke is present.