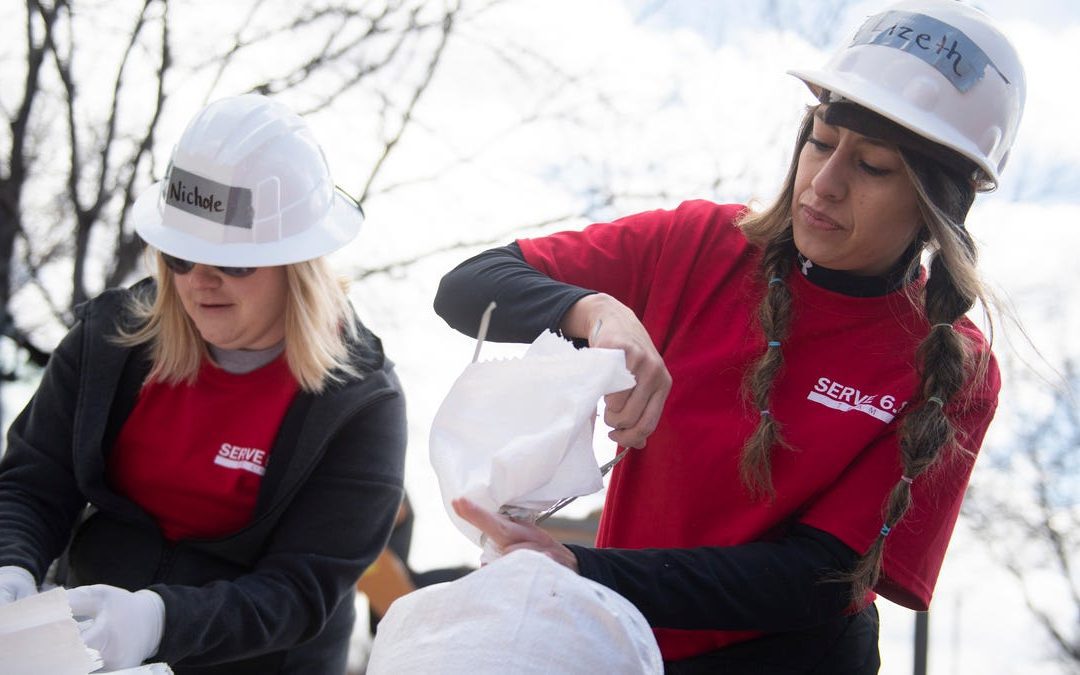 Last year in early April, Colorado was flush with snowpack, the statewide average 108% of normal and snowmelt spilling over dams at places like Lake Granby.

Then all hell broke loose.

What looked like a promising water year quickly dried up.

An extremely warm, dry April, May and June combined with the fourth consecutive year of Colorado missing out on July monsoon moisture set the stage for the largest wildfire season in state history.

This year’s statewide snowpack was just 77% of average as of Monday.

While the South Platte Basin, which includes Fort Collins and Denver, was at 96% of average Monday, the drought-stricken Western Slope remains exceptionally dry with none of the basins reaching 80% of average.

And that has caused great concern.

Much of the state is still facing some degree of drought from last year with the Western Slope in extreme drought. Without the March 12-14 storm that dumped 2 to 4 feet of wet snow in the foothills and mountains east of the Continental Divide and soaked the Eastern Plains with inches of rain, the drought and wildfire situation would be dire.

Still, the East Troublesome Fire scorched the drainages leading into Lake Granby and Grand Lake, which pump water to the Front Range and Eastern Plains, and the Cameron Peak Fire did the same to the Poudre Rive drainages.

That has left many to wonder if Colorado will see a repeat of last year’s devastating wildfire season in which more than 5,300 wildfires burned more than 600,000 acres, destroyed more than 1,000 homes and the impacts of which now threaten major watersheds.

Bolinger said an abundance of snow in March was the first thing that needed to happen to dampen this year’s fire season. But she said April and May, two of the state’s wettest months, must also produce at least average moisture, otherwise we will be looking at a repeat of last year.

“I liken it to budgeting your bank account,” Bolinger said. “We started the water year with a big debt. We have been making minimum payments but not really reducing the debt. The March storm was a big payment and we paid down some of the debt but we still have debt to pay.”

She said typically snowpack peak happens in early April, then the snow starts melting at a faster pace than it snows. Not only did we not add much snow in the mountains in April and May last year, Bolinger said, but the warm weather quickly melted the snow.

What happens in this scenario is moisture from snowmelt produces vegetation growth early. Without continued moisture, that vegetation dries out and coupled with drought-stressed and brittle beetle-kill trees becomes fuel for wildfires.

Missing out on that moisture last year helped create conditions that resulted in another late wildfire season. The Cameron Peak Fire started Aug. 13 and the East Troublesome Fire started Oct. 14.

This year’s water watch is even more worrisome than most.

That’s because of the charred carnage left behind by the two largest wildfires in state history — the 208,913-acre Cameron Peak and 193,812-acre East Troublesome fires.

While snowpack and rain are needed to recharge badly depleted soil moisture from last year’s drought, if the snow runoff occurs too quickly and rains are too torrential, there is the threat of flooding in the burn scars.

And Colorado’s weather has a history of extremes.

“We are just praying for a slow melt,” said Connie Archer, who with her mother have owned Archer’s Poudre River Resort in the upper Poudre Canyon for the past 20 years. “If it melts fast and we get some gully-washers, it could be a bad thing.”

The Cameron Peak and East Troublesome fires burned so intensely in areas that they created hydrophobic soils, meaning the soil repels moisture penetration, while denuding large swaths of mountainsides. The concern is large snow or rain events could bring loads of ash, sediment and even trees washing into the Poudre River and its tributaries, impacting water quality for cities like Fort Collins.

What might prevent that is the soil being so dry from recent drought that it soaks up a lot of that snowmelt and rain.

Jeff Stahla, Northern Water spokesman, said water supply is like a three-legged stool with soil moisture and water available east of the Continental Divide and Western Slope making up the three legs.

He said the March storm and recent April snow/rain showers did wonders for snowpack east of the Continental Divide and soil moisture for the Eastern Plains farmers and ranchers. However, he said the Western Slope missed out on the moisture and remains dry, increasing the chances of wildfires this year.

“The March storm was one of those $1 million storms that really boosts the soil moisture profile,” Stahla said.

He said Carter Lake west of Loveland has already been filled this spring and that Horsetooth Reservoir will be 100% full sometime in May.

Despite the full reservoirs, he said another dry spring and summer could deplete the supply and a lack of adequate snowpack to replenish reservoirs could spell trouble.

“Even though it seems like we have plenty of water on the Front Range now, it’s important to be efficient with water use because everything is interconnected,” he said. “How we use our water this year has an impact later this year and in future years.”

Earlier this month, Gov. Jared Polis signed legislation that added millions of dollars to the state’s firefighting effort. That included wildfire mitigation, extending the number of days the state can lease air tankers and helicopters from private contractors and purchasing a Sikorsky Firehawk helicopter, which will arrive next summer.

“One of the things that is a paradigm change is Colorado used to talk about a fire season,” Polis said. “It’s now a year-round phenomena.”

Another change this year is how the state will battle wildfires.

At the Polis press conference earlier this month, state fire officials said the state will allocate more resources to local governments and take an aggressive initial attack to better contain fires and avoid them spreading into the proliferation of houses and businesses now in the foothills and mountains.

Cameron Peak Fire incident command teams used a different strategy. They built perimeter fire lines well out from the fire, which started in Roosevelt National Forest. They said the remoteness, fuel loads, difficult terrain and danger to firefighters were reasons for creating a defensible perimeter and not focusing on directly fighting the fire.

However, extreme hot and windy weather at various times overwhelmed the fire lines in areas, resulting in the loss of 461 structures, including 224 homes.

The cost of battling the 112-day Cameron Peak Fire was $134 million, which was more than the cost of fighting all the rest of the state’s wildfires combined last year.

With recovery work only now getting started to repair damage left behind by the Cameron Peak Fire, the next few months will be critical in determining if the state is in for a repeat of last year’s devastating wildfire season.

“The true nature of this fire season won’t be apparent until we see the April and May precipitation,” Polis said.

Here are ways for property owners impacted by the Cameron Peak Fire to get help and community members to help with the recovery effort.

Reporter Miles Blumhardt looks for stories that impact your life. Be it news, outdoors, sports — you name it, he wants to report it. Have a story idea? Contact him at milesblumhardt@coloradoan.com or on Twitter @MilesBlumhardt.