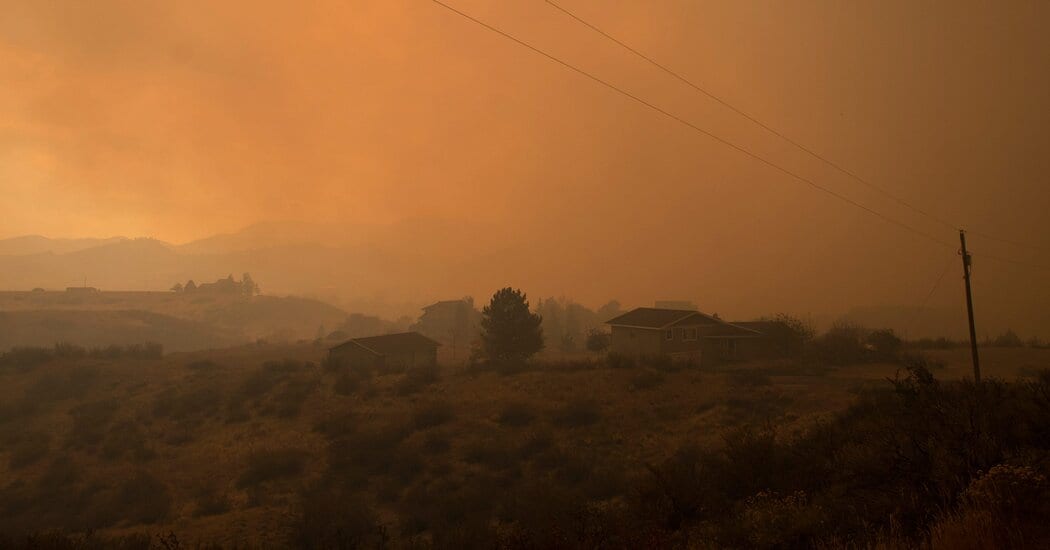 Scientists say that wildfires have become hotter, more intense and more destructive in recent years. In Colorado, the threat has also intensified as the fire season has grown longer.

Typically, the state would see the arrival of mountain snowfall by October. Instead, there has been little to no precipitation in areas where the fires have burned. “It is very unusual for wildfires to start after October,” said Jennifer Balch, the director of the Earth Lab at the University of Colorado Boulder.

Scientists say that it has been an unsettling development, yet also one that has been anticipated as the region has been in the grip of drought and as temperatures rise globally.

“This is exactly what we expect from climate change,” Professor Buma said. “It’s not going to get any better — that’s the hard part. It’s becoming more and more regular, and that time in the fall when they can breathe a sigh of relief is being pushed out further and further.”

The dry conditions and powerful gusts of winds, reaching roughly 70 miles per hour, created a dangerous recipe for the rapid spread of wildfires. Thousands of people have been forced to evacuate.

The Cameron Peak fire ignited on Aug. 13 on the Arapaho and Roosevelt National Forests, northwest of Boulder. The fire traversed rugged terrain as it claimed more ground, making it difficult to contain for the more than 1,500 firefighters battling it. The fire is 62 percent contained, state fire officials said.

There was hope that a shift in the weather on Sunday could help the firefighters gain ground. “Watching the cold, calm and wet weather move in today — which was not in the forecast — I am grateful for answered prayers,” Justin Smith, the Larimer County sheriff, said in a post on Facebook on Sunday morning.

The fire that started on Saturday, known as the Cal-Wood fire for the name of an educational center near where it was ignited, had about 5 percent containment by Sunday afternoon, with about 250 firefighters mostly focused on protecting homes and other structures that could fall within its path.

It led to evacuations for Jamestown, which is only two miles from where the fire ignited.

The town, outside Boulder, was founded by gold miners along James Creek and is perched at about 7,000 feet in the eastern foothills of the Rocky Mountains. These days, it has become a bucolic mountain retreat with just one storefront business on Main Street, the Jamestown Mercantile — The Merc, to its regulars — serving as a community hub and pit stop for bicyclists.

With cartons still not unpacked from her return to her home in June, Ms. Sharp found herself quickly boxing up treasured photographs, and rings that had belonged to each of her parents.

Her partner, Mark Behan, was less concerned about possessions, recalling a fire at his family’s home as a child that nearly killed his brother. “It’s stuff that can be replaced,” he said. “Even if it’s a house, it can be replaced. People can’t be replaced.”

“That will probably be in the forefront of my mind — for a few days until the nice weather comes back,” Ms. Sharp said. “It’s so beautiful up there.”