Colorado white woman follows black man in neighborhood: Get out of here! 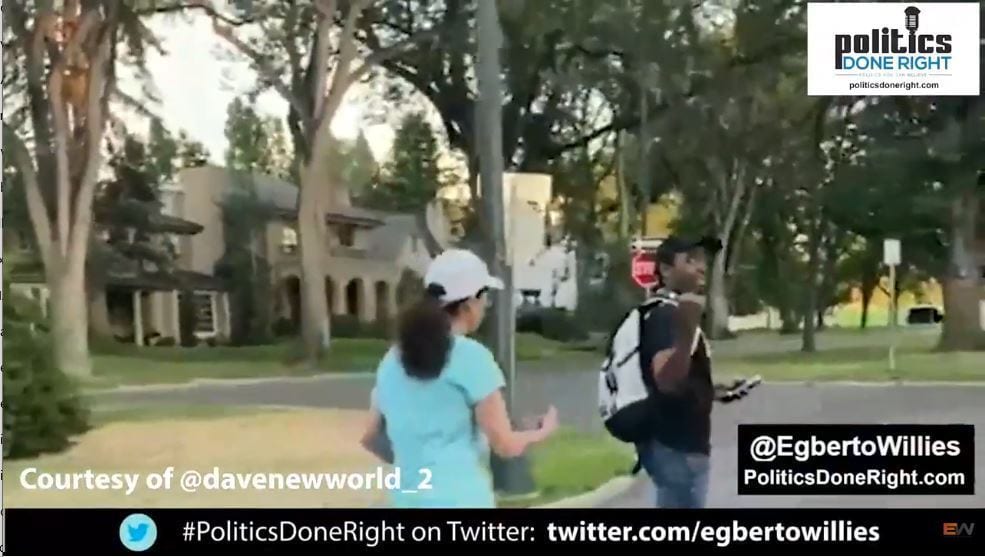 Colorado white woman tries to run a black man out of her neighborhood then realizes someone else in the neighborhood was videoing her.

Again a white woman attempting to exert authority over a black man walking in the neighborhood.

As the woman is following the black man walking on a public street. She asks him something.

“We are not having a conversation with you today,” the black guy said. “You’re charging me.”

“My name is …” the woman responds.

“That’s not what I am asking,” the guy responded. “I am asking to leave me alone. Nice meeting you.”

The woman kept rambling as she continued to chase him.

“Why are you asking me about the picture?” the guy asked.

“You took a picture of that house,” the woman replied.

“Why?” the woman continued to ask.

“You have a nice day,” he replied as he tried to move on and she continued the chase.

The young woman doing the video shouted, “Let him walk.”

“Why are you following me and telling me get out of here?” the guy turned around and asked as he was continuing to walk away.

“We are not going to talk,” he replied. “You are going to go do your thing. That is how it works.”

“Have a nice day,” the black man replied.

He then looked back at the folks videoing and asked if they saw the harassment by the woman. She said she did.

The woman turns around apparently shocked she was on video. She tried to explain. The young woman wanted none of it and the white woman then walked off.

This is similar to the woman who queried the San Francisco man.

These are the daily indignities people of color go through day in and day out. It is so customary that if one made much of it, their lives would be consumed. Cell phone video is great because every now and then one wants to show the constancy of the racial microaggressions.

Please join our YouTube channel so we can get the numbers up to open up some more features and reach more folks. Gracias!