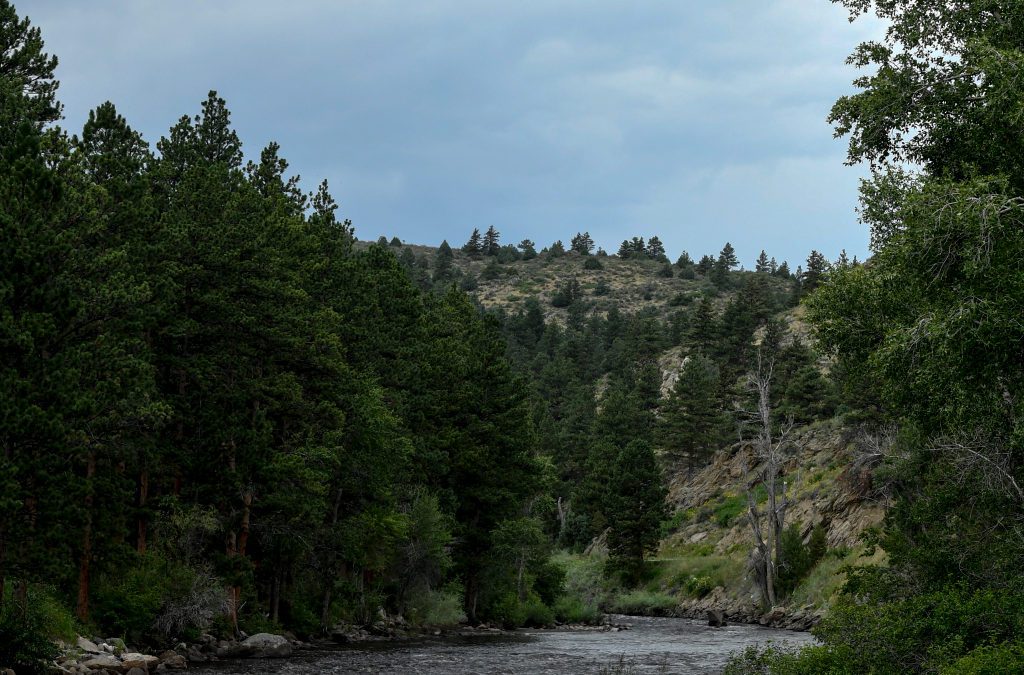 The North American Monsoon is making different headlines this summer compared to summers past. This year, it’s actually producing beneficial rains to the Four Corners region, and the upcoming forecast is for a lot more of it to impact areas from Phoenix to Moab, Utah, to Farmington, New Mexico, to Grand Junction.

The monsoon is a weather phenomenon produced by a shift in the winds. When certain weather scenarios line up correctly, winds can transport moisture either from the Gulf of Mexico or the Pacific ocean into our region. That additional moisture in the atmosphere is plenty for mother nature to work off of to produce widespread and numerous showers and thunderstorms during the peak heating of the day. Over the next several days, moisture will be advected into Arizona, Utah, western New Mexico and western Colorado from the Pacific Ocean. Additionally, there is a small chunk of energy that is abnormally moving west from Texas toward Arizona. That will enhance the amount of rain that may fall.

The Moonsoon is in full swing across the Southwest. Several inches of rain are forecast with daily storms over the next 7 days, with the heaviest rain expected to fall between Friday and Sunday. Flash flooding will be a threat, particularly for burn scars and more urban areas. pic.twitter.com/qy19ZfN5KB

Rainfall totals could exceed 4 or 5 inches between now and the end of the weekend in western Colorado which would bring an tremendous amount of drought relief to that side of the state which has been struggling to get any kind of beneficial moisture for months now. Impressively, some of the highest rain totals we may see from around the country in the coming days may come out of drought-stricken Arizona. The forecast is calling for up to 8 inches of rain to fall across certain areas of the state and more than half of the state is expecting to get over 2 inches of rain.

The amount of benefit this will bring in terms of the drought won’t be seen until a new drought map is updated but as we’ve said in the past, any amount of rain would be beneficial for this area of the country so this high of a rainfall event will likely come with at least a slight improvement in drought conditions.

Much of the Four Corners region and the entire western third of the country and the northern tier are experience some of the worst drought conditions in recent memory. The rain that is forecast with the NAM will only benefit the Four Corners region. For areas in western Colorado, more than a foot of rain is needed just to saturate the top layer of ground. Although the upcoming rains will add up to several inches, a lot of that will go into replenishing the dry ground.

With drought conditions as bad as they are, coupled with the copious amounts of rain that could fall quickly, flash flooding is going to be a big concern. Flash flooding claims lives every year, and monsoon thunderstorms are notorious for producing flooding rains that move with a certain ferocity taking everything in its path.

Here in Colorado, flash flooding led to Interstate 70 in the Glenwood Canyon closing yet again due to the threat of mudslides. Mudslides occurred in Telluride and closed numerous roads in the San Juans. The Poudre Canyon overflowed its banks as flooding rains hit the Cameron Peak burn scar and all of this happened just this week. With more monsoon rains ahead, these headlines may all be repeated.

The upper-level low that is moving from Texas westward towards the Four Corners is going to bring the heavy and most widespread rains Friday. This is the time when flash flooding concerns will be the highest although that will continue into the weekend as normal monsoon moisture will still be in place.

The National Weather Service in Tucson, Arizona, is watching the development of this upper-level low very closely as the weather pattern that is setting up could produce some of the worst flooding since 2006. “This scenario resembles an historic flooding and debris flow event in southeastern Arizona which played out nearly 15 years ago during the last few days of July into Aug. 1 of the 2006 monsoon season,” the NWS said in their forecast discussion.

As you make weekend plans, check ahead with the forecast. If you plan to be on the water, you need to check the forecast for surrounding areas as well as your own. Sometimes heavy rain can fall upstream and cause a flash flood in an area that hasn’t see any rain.