Colorado water deaths on the rise as people flock to the outdoors: 4 pitfalls to avoid 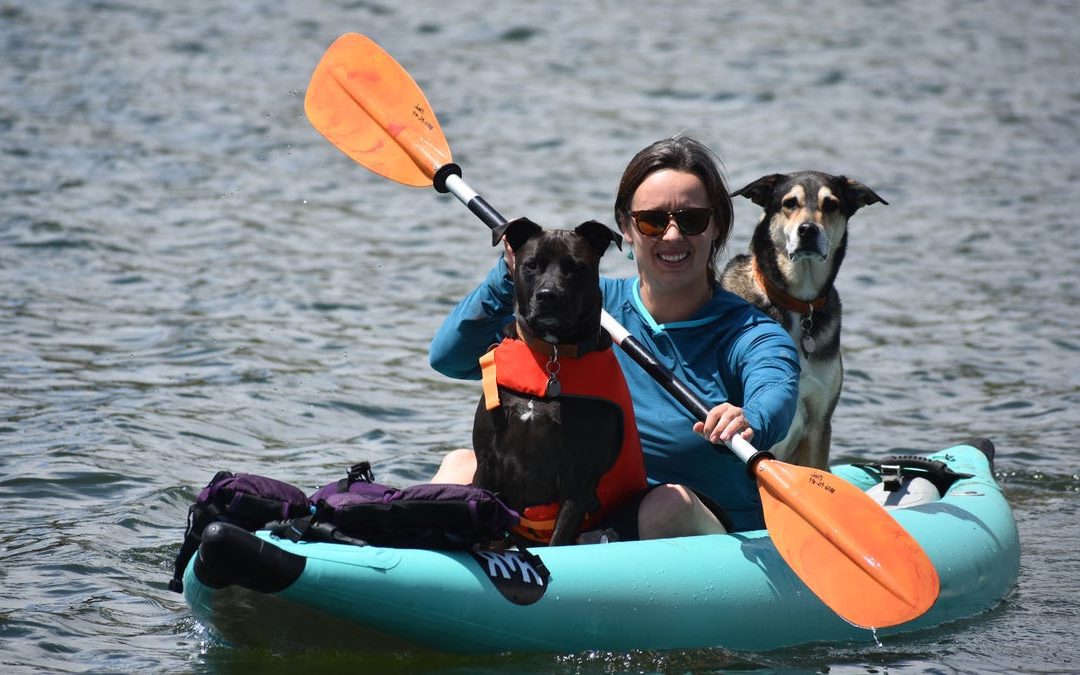 Colorado water deaths on the rise as people flock to the outdoors: 4 pitfalls to avoid

Three people, including two in Larimer County, have died in recreational water-related drownings this year after a record 34 deaths on Colorado waters last year.

And the water recreation season is only beginning.

All three people were kayaking at the time of their deaths and none of the three was wearing a life vest, according to Colorado Parks and Wildlife officials.

Jason A. Wolf, 46, of Fort Collins, died May 1 at Medical Center of the Rockies after a kayaking accident on Douglas Reservoir near Wellington, according to the Larimer County coroner.

A 29-year-old Loveland man is presumed dead after a search for the kayaker on Carter Lake was suspended after five days last month. His identity has not been released.

The body of Christopher Carmon was recovered on Cherry Creek Reservoir on May 3, the day after officials believe gusty winds might have capsized his kayak.

“Holy smokes, the COVID year blew it out of the water compared to the trend the last few years,” Brown said. “That coincided with the number of people recreating outdoors being way up than in years past.”

4 reasons accidents on the water occur

Not wearing life jackets, not paying attention to Colorado’s fluid summer storms, booze and inexperience are common causes for injuries and death.

Last year, all three people who drowned in such accidents in Larimer County were not wearing a life vest, according to officials.

Quick-moving storms that produced strong winds contributed to the deaths of two of those — a 13-year-old Windsor boy and a 27-year-old Larimer County Natural Resources ranger.

A 72-year-old Longmont man died from cardiac arrest and blunt force trauma after getting caught in sailboat rigging at Carter Lake Marina during a storm accompanied by strong wind.

“We get reports that people see people in the water and attempt to rescue them, but by the time they reach them, they go under because they aren’t wearing or can’t get their life jacket on,” Brown said. “And every time we get a big wind, especially on weekends, an hour or two afterwards we are getting calls of missing boaters. If those missing people would have had life jackets on, they would have survived.”

Brown said a contributing factor last year and an expected factor again this year is the large number of inexperienced people flocking to the state’s lakes, reservoirs and rivers as an outlet during the COVID-19 pandemic. Public land officials call this large increase in recreation visitors the “COVID crush.”

“With the pandemic, people were practicing social distancing by getting outdoors,” Brown said. “Paddleboards and kayaks were flying off the shelf. That brought a lot inexperienced paddlers to the water.”

Flatwater (lakes and reservoirs) drownings have dramatically increased in recent years while swift water (rivers) deaths have ebbed and flowed over the past five years in Colorado. During that span, there have been 36 deaths on rivers: 20 during private trips and 16 on commercial trips, according to American Whitewater.

Life jackets are required to at least be on-board on private trips and worn on commercial whitewater trips in Colorado.

“We often hear, ‘He was a great swimmer,’ ” Brown said. “You might be a great swimmer when you expect to go for a swim, but that goes out the window when you have to swim unexpectedly, especially in cold water. You panic. If you are wearing a life jacket, you will come to the surface. Without one, you could sink.”

Last year, Colorado passed a law requiring paddleboaders to be required to have a life jacket on-board, just like those in inflatable kayaks and other single-chamber vessels. Brown strongly urged anyone on the water to wear the life jacket. Those 12 and younger are required to wear a life jacket.

Brown said boating under the influence continues to be another contributing factor to accidents and fatalities.

Nationwide, nearly 1,000 people die in boating accidents annually, half of which include alcohol.

“We’ve already had numerous arrests for DUI and BUI this season,” said Michael Haskins, Chatfield State Park park ranger. “By following straightforward water safety guidelines, and staying sober, it is easy to enjoy the water and play in the sun this summer.”

Here are some Colorado water-recreation regulations to keep you safe:

Boaters, including those using paddleboards, canoes, kayaks, rafts and sailboards (less than 16 feet), must carry one wearable personal flotation device (life jacket) for each person on-board. Those 12 years of age and younger, those operating a personal watercraft (jet ski), anyone being towed behind any vessel and those on commercial river rafting trips must wear a US Coast Guard-approved life jacket.

No person of any age shall operate any vessel or ride water skis, aquaplane, surfboard, inner tube, stand-up paddleboard or similar device who has 0.08% or more by weight of alcohol in their blood.

Any vessel with a motor or sail on any public water must be registered with Colorado Parks and Wildlife, except boats propelled manually, such as canoes, kayaks, paddleboards and nonmotorized rafts.

Colorado waters are often cold because it is derived mostly from snowmelt. Sudden immersion in cold water can cause gasping and inhalation of water and hypothermia, resulting in unconsciousness or swimming failure even by competent swimmers as muscles become numb. Properly fitted life jackets will save you.

Here are some other safety tips: