Colorado Voters to Decide on Fate of Gray Wolf Recovery 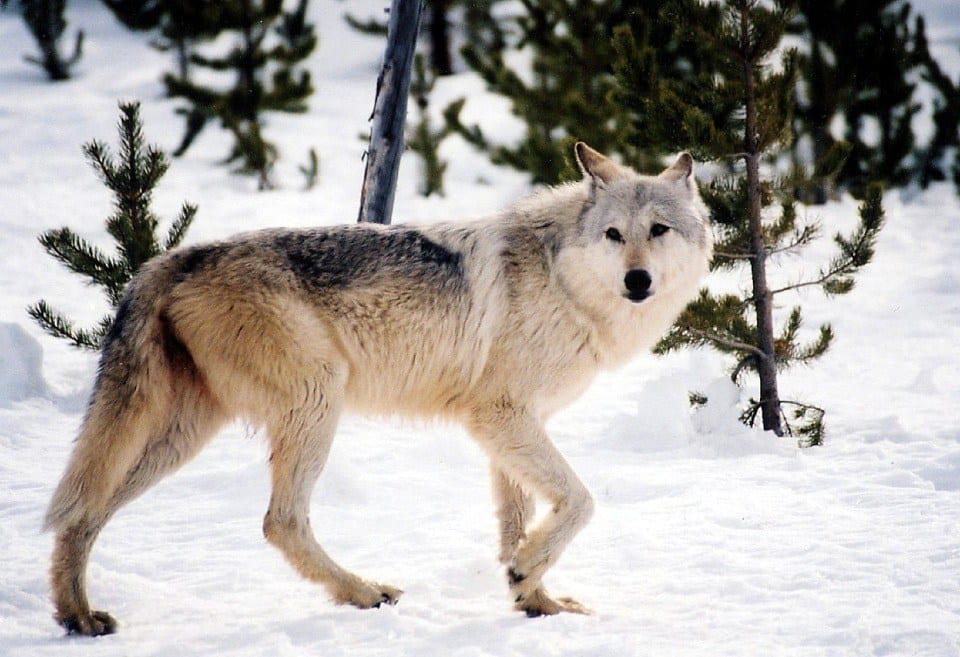 (CN) — This November, Coloradans are being asked to vote in wolves.

That is not a new political attack ad, but a literal ecological question: would the southern Rocky Mountains be better off if the state brought back the canine apex predator that was hunted to local extinction 60 years ago? If passed, Proposition 114 will legally mandate the Colorado Parks and Wildlife Commission to develop a gray wolf restoration plan by the end of 2023, along with a program to compensate livestock owners for wolf kills.

“People often say, ‘Well, gee, do we really need wolves? Everything is fine.’ Well, everything is not really fine,” said Delia Malone, an ecologist with Sierra Club from rural Redstone, Colorado, west of Aspen. “There are dozens and dozens of species of plants and animals that are at risk of extinction in Colorado because their habitat has been degraded.”

“With the action of wolves simply moving elk around, by not letting them over-graze vegetation, the habitat can recover,” Malone said. “With habitat recovery, we see the recovery of species, the birds, and the fish, and the frogs, and the insects, all of which are important.” Since 1995, Yellowstone National Park has documented numerous ecological benefits from its wolf repopulation program.

With wolves scaring elk away from open spaces, the park witnessed the restoration of riverbanks, the rebound of cottonwood willows and the return of songbirds. The wolves of Yellowstone have become the textbook example of the trophic cascade that occurs when one keystone species is removed or returned.

“Reintroducing wolves is going to be a fitting end to a mistaken period in our land management,” said Michael Robinson, a senior conservative advocate at the Center for Biological Diversity.

With 3.5 million acres of wilderness and an unchecked elk population, some ecologists say Colorado is ripe habitat for wolves. A January poll found about 84% of voters supported the measure. But Colorado’s western slope is 500 miles from Yellowstone and the state rejected a proposal to reintroduce Mexican wolves in 2016. The ranchers and hunters that lobbied the state then continue to criticize the latest proposal.

“That’s why there’s 38 counties around the state that have passed resolutions in opposition to the introduction of the wolf through this initiative,” Harvey said. “They realize the impact that it’s going to have on the revenue for these small communities and for the private property owners.”

Montana’s wolf population recovered throughout the 1990s and many say a strong compensation program has been key to the animal’s success. According to Montana Fish Wildlife and Parks, wolves killed 94 livestock last year, for which the state paid out $82,450 to owners. Seventy-two of the wolves responsible were killed by citizens and rangers.

Montana covered both wolf management and livestock compensation with $414,738 generated from wolf hunting permits, which resulted in the taking of 298 animals.

“Wolf recovery in Montana depended on quick and sincere responses to livestock depredations,” said Bob Inman, carnivore and furbearer coordinator at Montana Fish, Wildlife & Parks. “Had the ag community started to feel as though the urban public simply did not care about the real impacts to their lives and livelihoods, things would not have gone well.”

Hamburger isn’t the wolves’ main dietary staple, and they kill less than 1% of livestock annually. But to the individual rancher who’s affected, that risk threatens 100% of their livelihood.

“Studies show that wolf predation on livestock is a small economic cost to the livestock industry as a whole, but we also know those costs are unevenly distributed,” explained Kevin Crooks, director of the Center for Human-Carnivore Coexistence at Colorado State University.

Rather than sway voters either way, Crooks and his team have been presenting the public with the data to help them sort through fact and fiction. The biggest issue facing wolf survival in Colorado, Crooks said, “is whether or not humans tolerate them.”

Some critics are skeptical of ballot box ecology entrusting voters to make the best decision for the collective.

“The danger is this is not a scientific process. This has become a political process,” said Mark Holyoak, director of communication for the Rocky Mountain Elk Foundation. The nonprofit has enhanced 8 million acres of elk habitat nationwide and counts 17,000 members in Colorado.

“We, as the everyday voter, don’t understand intricacies of a lot of different things and that’s why it’s important to be able to rely on the folks in the know,” Holyoak explained. “It’s reckless the way this has been handled. Wildlife management is highly scientific, it’s based on population numbers, research, surveys, quotas, times of year, hunting seasons, and highly regulated rules that accompany that.”

Others say this issue is rightly put to the people of Colorado. “All you’re doing is expanding the pool of people who are making these decisions from a few appointed political people to the entire population of Colorado,” said Eric Washburn, fifth generation Coloradan, big game hunter, and campaign manager for Proposition 114.

Both those in support of reintroducing wolves and those against claim science is on their side. While scientific research generates a plethora of information on the biology of wolves and their role in the ecosystem, science alone cannot point to one objectively correct answer.

“There are a lot of ethical and normative questions that need to be addressed on their own terms and I don’t think that science can answer these questions about what’s the right thing to do,” said Benjamin Hale, an associate professor of environmental studies and philosophy at the University of Colorado Boulder.

“How will it affect the livelihood of some people who live in wolf territory? Or elk habitat? Or will it change the way we hike? What will it do to our tourism industry? A lot of those questions can be answered, but they’re not questions that can be answered so easily by science,” Hale said.

Perhaps the biggest question of all hinges not on whether wolves can survive in Colorado, but whether humans will let them.