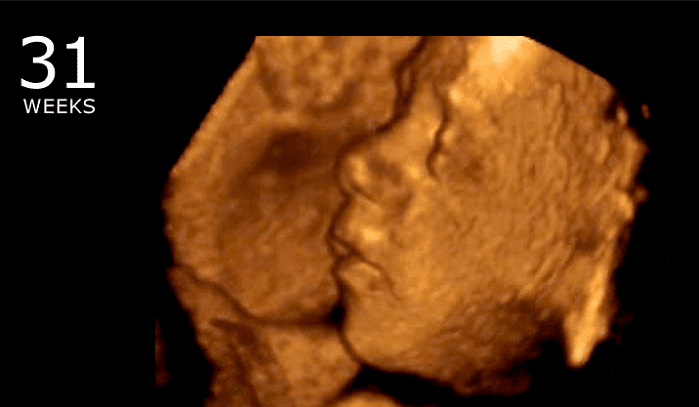 Colorado voters will have the opportunity to save thousands of babies’ lives this fall by voting “yes” on a ballot measure to ban late-term abortions.

If it passes, Proposition 115 would prohibit abortions after 22 weeks of pregnancy when unborn babies are viable outside the womb. Exceptions would be allowed if the mother’s life is at risk.

Currently, Colorado is one of only a few places in the world that allows unborn babies to be aborted for any reason up to birth, and late-term abortionists there openly advertise abortions in the third trimester.

Colorado reported 171 abortions at 21 weeks or later in 2019, according to the Colorado Department of Public Health and Environment. However, a department official admitted that the number is almost certainly an under-count, and pro-lifers estimate the number is closer to 300.

The Catholic News Agency reports pro-life leaders in the state are “very optimistic” that the pro-life ballot measure will pass.

A recent poll by 9 News/Colorado Politics found that voters are almost evenly split on the issue, with 42 percent supporting the pro-life measure and 45 percent opposing it. An additional 13 percent said they are not sure, and pro-life leader Giuliana Day with the Coalition for Women and Children said they are reaching more voters every day.

Follow LifeNews on the Parler social media network for the latest pro-life news!

“The more Coloradans learn about the truth of late-term abortion, the more supporters we gain for Proposition 115. That’s the reason why our supporters are growing every day,” Day told CNA. “Supporters are actively engaged in getting the word out about Prop 115. They are also proudly displaying ‘YES on 115’ signs in their yards and gathering at intersections throughout Colorado. It is our passion that is our secret to success.”

Colorado is very liberal politically, and pro-life advocates have had a difficult time passing moderate abortion restrictions there. Even fetal homicide laws to punish criminals who kill unborn babies in situations unrelated to abortion have been rejected repeatedly by the state legislature.

However, pro-lifers believe a 22-week abortion limit could gain the support of moderate voters who do not think abortions should be outlawed but do support modest restrictions. Polls consistently show that most Americans oppose late-term abortions after a baby is viable.

[L]et’s understand what we’re talking about. An abortion after 22 weeks is performed using a method called dilation and extraction. Which basically means that the cervix is dilated, and the baby, who weighs anywhere from one pound to full birth weight, is “extracted” from the uterus and destroyed. The way it is performed is disturbing, to say the least. …

The doctor begins by injecting the baby’s heart, to kill him or her. This, according to Wikipedia, is done in order to “soften the bones.” In a “non-intact extraction” the doctor then uses forceps to grab, twist, crush and separate the various baby parts, until the uterus is empty. The baby is then re-assembled on a table, to make sure no parts were left behind. In an “intact extraction” the baby is delivered, feet first, until only the head remains inside his or her mother’s body. And then the doctor either crushes the baby’s head, or jams scissors in the back of the skull and suctions the brains out.

Meanwhile, Planned Parenthood, the American Civil Liberties Union and other abortion advocacy groups have spent more than $5.7 million to defeat the pro-life measure, according to CNA.

The Colorado Democratic Party recently slammed Proposition 115 as a “cruel, calculated” measure that would put the government between “patients and their doctors.”

But most Americans do not see it that way. They understand, and the U.S. Supreme Court has confirmed, that states may protect the lives of unborn babies once they are viable.

A 2019 Gallup found that 60% of Americans want all (21%) or almost all (39%) abortions made illegal. Similarly, a Harvard CAPS/Harris poll found that just 6% of Americans said abortions should be allowed “up until the birth of the child.”

Doctors and scientists support Proposition 115, too, citing evidence of the value and humanity of unborn babies.

“As healthcare professionals we are totally aware of the science of human development. The humanity of a 22-week fetus is apparent to each of us. There can be no doubt that the 22-week fetus is fully alive and fully human,” they wrote in an open letter in September.

Abortion lobbyists admit that most late-term abortions are done on healthy mothers carrying healthy babies. According to research by the pro-abortion Guttmacher Institute, “most women seeking later terminations are not doing so for reasons of fetal anomaly or life endangerment.”