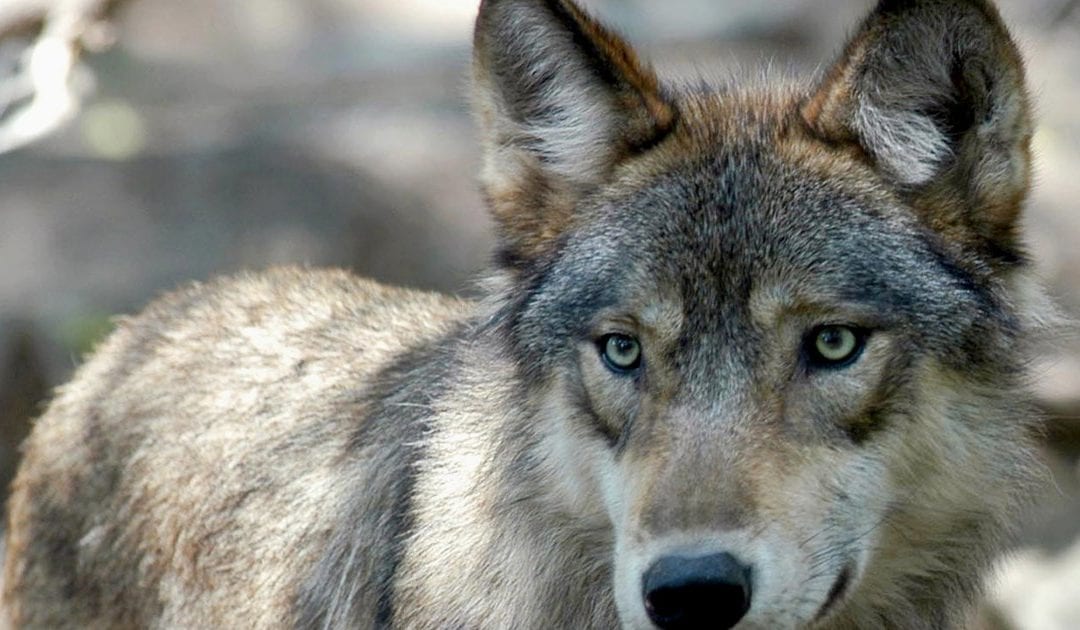 Colorado voters once again have gone to the polls to decide a ballot question with big implications for Utahns — this time about reintroduction of wolves into the wild.

A successful 2012 initiative led to the establishment of marijuana dispensaries across Colorado, including several in border towns like Dinosaur and Fruita where Utah residents don’t have to travel far to sample 501st OG, Pineapple Express, Thelonious Skunk and other pungent marijuana strains.

Recreational pot is still illegal here, although there doesn’t seem to be much uproar about our neighboring state’s porous border with eastern Utah. Wolves, however, are a different matter.

“There is no way in the world we would support wolf introduction in our county,” Uintah County Commission Chairman Brad Horrocks said. “We are a large ranching community. They can do all the planning they want but I will fight it.”

By a slim margin, Coloradoans voted Tuesday to reintroduce gray wolves on 17 million acres of public land in the western third of the Centennial State. The goal would be to establish wolf populations potentially on the doorstep of Utah’s San Juan, Grand, Uintah and Daggett counties.

Backers of Colorado’s Proposition 114 say wolves’ return will help restore ecological balance to the Rockies’ West Slope, but that prospect is a source of alarm for Utah ranchers and hunters.

A wide-roaming apex predator, the gray wolf was extirpated from much of its historic range in the West a century ago. The animal has since been protected under the federal Endangered Species Act and been successfully reintroduced in the Yellowstone region. The gray wolf no longer enjoys federal protection in the Northern Rockies, and the Department of Interior last week issued a long-anticipated decision to delist the species in the rest of the country.

Beginning Jan. 4, management of gray wolves will be returned to Utah and other Western states.

In response to the passage of Proposition 114 in Colorado, Utah wildlife officials expect to revise Utah’s wolf management plan, which allows for wolves to be in Utah until two breeding pairs are established, defined as producing two pups over two consecutive years. During this transition period, arriving wolves will be studied and data gathered to “determine where they are most likely to settle without conflict.”

“Actions by neighboring states have complicated Utah’s ability to manage gray wolves under the [Endangered Species Act],” said Brian Steed, executive director of the Utah Department of Natural Resources. “If wolves enter Utah from Colorado, [the Utah Division of Wildlife Resources] must have the ability to manage them or there could be significant conflicts with agriculture and wildlife populations. Moreover, we are also concerned about the potential impacts of Colorado’s proposed introduction of gray wolves on the genetic integrity of the endangered Mexican wolf population in New Mexico and Arizona.”

Although federal wildlife officials have concluded the gray wolf is no longer in danger of extinction, many conservationists reject the notion that the wolf is recovered since it occupies only pockets of its historic range. Proposition 114 is aimed at speeding the wolf’s return into prime habitat that hasn’t supported wolf packs in decades.

The measure directs Colorado Parks and Wildlife to develop a plan for releasing wolves somewhere west of the Continental Divide by the end of 2023. Numerous hunting groups, agricultural associations came out against the measure and 39 of Colorado’s 64 counties adopted resolutions in opposition, according to Patrick Pratt of the opposition group Coloradans Protecting Wildlife.

Pratt contends “artificial” introductions are unnecessary because a wolf pack has been already been established in northwestern Colorado.

“Wolves have started to migrate in Colorado naturally, so it’s perfectly reasonable to think that wolves would start to migrate into Utah naturally from Colorado if they were introduced here,” Pratt said. “Regardless of people’s best intentions, I don’t think that’s preventable.”

That is exactly what concerns the Utah Wildlife Board, which is “110%” against wolf reintroduction in Colorado, according to chairman Byron Bateman.

“It will cause problems for the livestock industry, and also our wildlife. Our numbers are way down for mule deer because of long-term drought. We don’t need another source to take those mule deer down even further,” said Bateman, a past president of Sportsmen for Fish and Wildlife. “Wolves are fully recovered in the Western United States. We already have them coming in the Uinta Basin. We have credible wolf sightings. They are there.”

These setbacks prompted Edward and other activists to get reintroduction on the ballot, which they accomplished last year after gathering more than 200,000 signatures, far in excess of the 125,000 valid ones needed. While voters in Colorado’s Front Range cities supported support Proposition 114, it won only a handful of the West Slope counties where wolf populations would be established, according to an analysis by the Denver Post.

“Now, together with biologists, ranchers, wildlife watchers, and hunters, we will lean in to craft a future where co-existing with wolves is a widely shared value,” said Edward, a Boulder, Colo. resident. “We will put science to work to build understanding and trust. As we do, wolves will quietly get to work, restoring balance to our western wildlands and vitality to our elk and deer herds.”

Wolves remain protected under state management in Wyoming’s northwest corner, but they are not welcome in the remaining 84% of the Cowboy State where they could be killed, according to Michael Robinson, a wolf expert with the Center for Biological Diversity. He believes three of the six wolves associated with the Colorado pack have wound up dead in Wyoming.

“It’s a very rare wolf that makes it through southern Wyoming. And it’s very unlikely that a population would establish naturally [in Colorado],” Robinson said. “The only way to ensure restoring the balance on Colorado’s millions of acres of national forest is reintroduction through Proposition 114.”

Robinson and others reject claims that wolves pose an unmanageable threat to livestock and big game, citing data that indicate cattle losses to predation are exceedingly rare in Idaho’s wolf-occupied counties and elk numbers are more robust now than they were prior to the 1995 reintroduction.