Colorado University: If You Do Things Well And In A Timely Manner, You’re Guilty Of “White Supremacy” ⋆ Conservative Firing Line 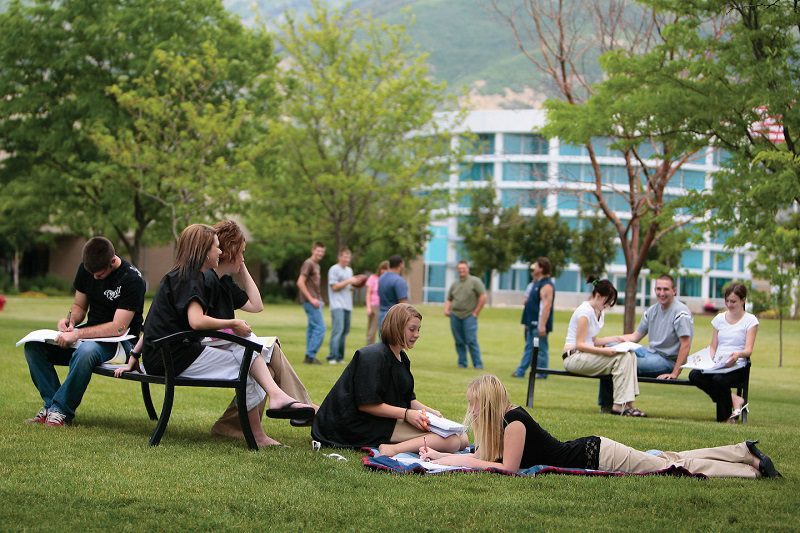 (Natural News) If you haven’t picked up on it yet, the Marxist American left, which owns every level of our education system, is full-tilt working to destroy the fabric of society so their master revolutionaries can step in to ‘restore order’ while imposing authoritarian rule, the way all democracies have been overthrown since Karl Marx first put pen to paper.

And the counterrevolutionaries have settled on a target: Race.

For decades American leftists who have manifested themselves in the Democrat Party have told us how much “stronger” we are the more “diverse” we are, but now they are using our ‘diversity’ against us to destroy our country, namely, by encouraging the various minority groups in our country to attack majority whites to create a race war scenario.

This field is for validation purposes and should be left unchanged.
Completing this poll grants you access to Conservative Firing Line updates free of charge. You may opt out at anytime. You also agree to this site’s Privacy Policy and Terms of Use.

And they are using public and higher education as their launch point.

Faculty and graduate students at Colorado University – Boulder were recently encouraged to reject “neoliberal” concepts of time, as well as to avoid “cultural norms of white supremacy” like “sense of urgency” and “individualism” in their classrooms.

The university’s Equitable Teaching Conference, hosted by the University’s Center for Teaching and Learning, convened instructors and graduate students for virtual sessions on how to use “equity-minded practices” in the classroom. Attendance at the conference was entirely voluntary; faculty and instructors were not required to participate.

According to presentation slides obtained by the outlet, the curriculum includes “Anti-racist pedagogy and decolonizing the classroom,” which is taught by a professor named Becca Ciancanelli. Materials for the class include a slide listing “perfectionism,” “sense of urgency,” “quantity over quality,” and “individualism” as “Cultural norms of White Supremacy.”

Keep in mind that our founders envisioned strong states led by a decentralized federal government because they valued rugged individualism over the collectivism of a powerful overarching authoritarian state — so that should give you a better idea about the kind of people these leftists are.

Another slide presses professors to “Decolonize the classroom,” which is racist code for getting rid of as many white students as possible. The slide says that instructors ought to do this by altering the manner in which they deal with the concept of time.

For instance, it tells participants to “resist colonial and neoliberal coercion around time and productivity” by implementing flexible deadlines and by allowing students to make up their own deadlines while not taking off points and grades for late work (though in real life, bosses and companies often impose hard-and-fast deadlines for jobs to be completed because to a company, time is money).

In addition, the slide advises instructors to “help students become conscious of the colonial morality around the use of time (worth=productivity).”

Note the heavy use of the word “colonial,” because it not only attacks the skin color of our founders but the manner in which America was founded in the first place; everything done to facilitate our founding is therefore illegitimate.

“This idea is credited to Professor Sam Bullington, who teaches in the Community Studies Program within the school of education,” Campus Reform adds.

Ciancarelli’s presentation lauds Bullington for a number of other methods aimed at decolonization such as “incorporate[ing] connecting with the earth into assignments and classroom activities, and “help[ing] students recognize their complicity in promoting human exceptionalism/human superiority.”

“Critique the (white western masculine) disembodied rationality focus of the educational system,” one item added. Another says, “question the need for mastery, certainty and perfection.”

Mind you, the cretins who are pushing this society-destroying drivel are not practicing what they preach. Many of them are well-educated in Ivy League schools and they are going to be ‘on the top’ with the rulers when society finally collapses into civil war and chaos. But the dopes who are being propagandized at the other end aren’t aware of that.

Our society is under assault day and night from anarchists, atheists and Marxists who are out to destroy the greatest experiment in self-governance in the history of the world: America.

Turn your back on Big Tech oligarchs and join the New Resistance NOW!  Facebook, Google, and other members of the Silicon Valley Axis of Evil are now doing everything they can to deliberately silence conservative content online, so please be sure to check out our MeWe page here, check us out at ProAmerica Only and follow us at Parler,  and Gab.  You can also follow us on Twitter at @co_firing_line, and at the new social media site set up by members of Team Trump, GETTR.