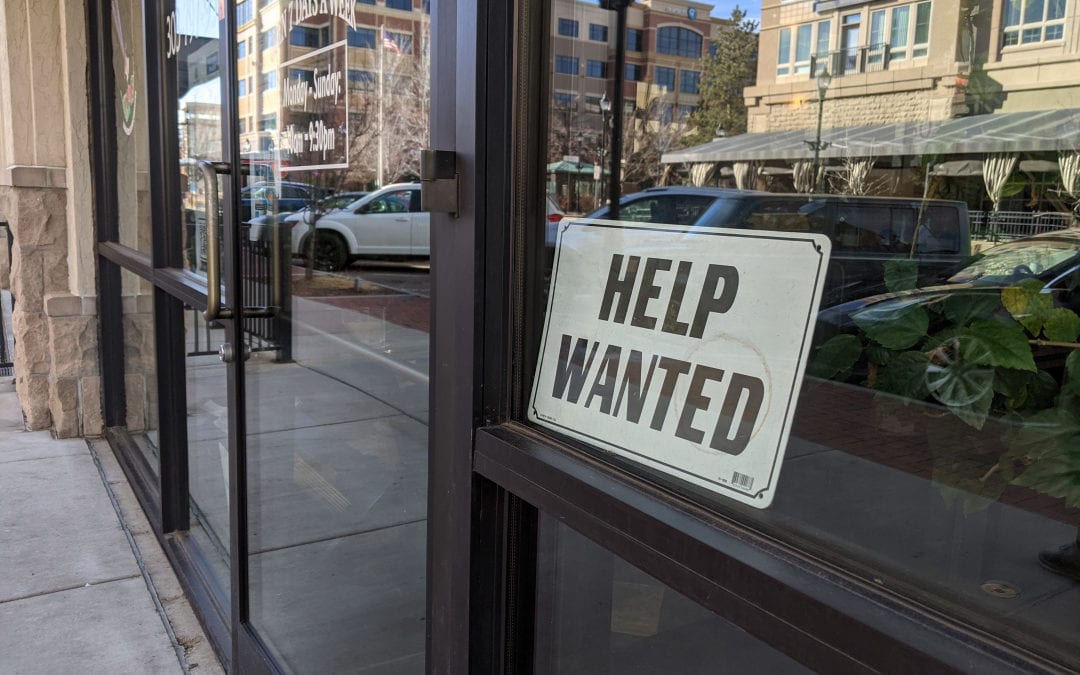 Within hours of Congress passing the $1.9 trillion American Rescue Plan Act on Wednesday, the state labor department shared some unexpected news with Coloradans on unemployment: “We anticipate no gap in benefits for most claimants.”

The boldface words in an email sent to people making weekly claims for unemployment were the department of labor’s own emphasis.

The last time around, there was a long gap between the federal relief programs and the labor department faced harsh criticism by those unable to make claims because of problems with the state computer system and fraud. There are still some people who haven’t received a payment since the last federal relief plan was passed on Dec. 27.

The new relief plan, expected to be signed Friday by President Joe Biden, would become final just days before the existing federal benefits expire. State officials had expected that cutting it so close would create another gap in payments to those who’d long exhausted regular state benefits and had moved to federal aid.

Even though the Continued Assistance Act passed a day after the CARES Act expired, most Coloradans who’d used up their benefits last year did not receive a payment until eight weeks later.

The state went through with a computer system overhaul that had been postponed from last April. It also had to wait nearly two weeks for new guidance from the U.S. Department of Labor and then work with computer contractor Deloitte, which was hired to program the new rules into the system. Changes to the federal benefits, such as requiring identity verification, made programming the extended pandemic benefits much more complex.

The new relief plan is different, said Daniel Chase, chief of staff for the department.

“Due to increased flexibility from the U.S. Department of Labor, and consistency between the CAA eligibility criteria and the American Rescue Plan, we believe we will be able to implement the federal changes prior to Sunday, which will prevent a gap in benefits for most claimants using the federal programs,” Chase said in an email.

The news was welcomed by a large group of out-of-work Coloradans who trade tales of their unemployment issues in a private Facebook group.

“It’s great that CDLE is being proactive about getting word out about the third stimulus on the same day it passed in Congress,” said Erin Joy Swank, one of the volunteer moderators of the group. “However, they still need better communication for those with pending issues …  including giving the correct (information) to call center reps. Hopefully all of this will be fixed in the next few weeks as they’ve been saying.”

The new plan extends pandemic benefits to Sept. 6, which is an additional 26 weeks. This includes people who’ve exhausted their state benefits and moved to Pandemic Emergency Unemployment Compensation, or PEUC, as well as a special program for gig workers and the self-employed, called Pandemic Unemployment Assistance, or PUA.

For those who were coming to the end of benefits on Saturday, their accounts should go from zero to 26 weeks of new benefits, if things go smoothly this weekend.

But not everyone will see the extension, Chase added.

“There were some claimants who already exhausted their claims, specifically PUA folks that backdated so far back originally that the 39 weeks in the CARES act didn’t cover it through (Dec. 26). Those folks could have already exhausted the new 11 weeks when we applied them to some backweeks that didn’t process. In that instance, they already experienced a gap in benefits because the (American Relief Act) did not exist,” he said.

Everyone eligible for at least $1 in weekly benefits will receive a $300 weekly supplement. The new plan also provides tax relief to the unemployed by making the first $10,200 in jobless aid they received last year tax-free for those earning less than $150,000.

The extra 26 weeks means that someone who lost their job due to COVID-19 disruptions is eligible for up to 76 weeks of unemployment pay.