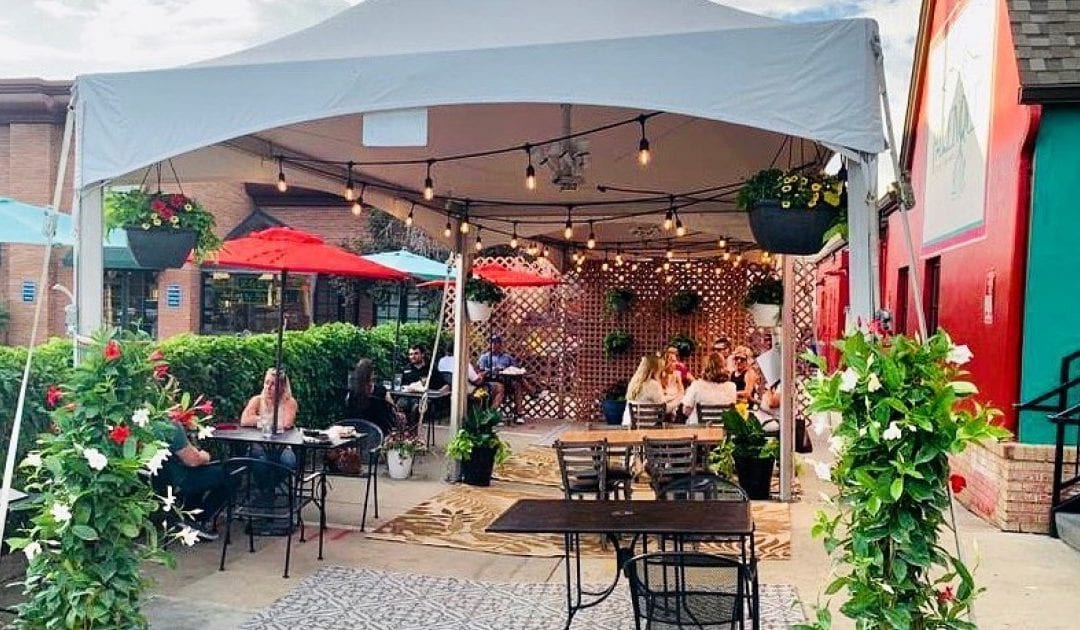 In the aftermath of 15 mostly Front Range counties hitting critical COVID-19 spread and being forced to implement red-level restrictions in mid-November, the job losses are piling up again.

Approximately, 36,256 people filed for unemployment last week for the first time — or their second or third time, as they lost their job again. New claims were up 16% from the prior week. One research firm puts Colorado as the fourth biggest increase in week-over-week new job losses nationwide, according to WalletHub.

But no need to tell the restaurant industry that.

It was the hardest hit industry in the state when health restrictions ended indoor dining on Nov. 20 in many areas of Colorado. Restaurant workers filing initial unemployment claims jumped 536%, with 4,976 filing for the week ending Nov. 21, compared with 928 for the week of Nov. 14.

“Those 15 counties (make up) approximately two thirds of all restaurant and bar employment in the state,” said Ryan Gedney, senior economist at the Colorado Department of Labor and Employment, said during a press call on Thursday.”

The Colorado Restaurant Association has rolled out new marketing efforts to encourage consumers to dine at restaurants with outdoor seating, and remind folks to patronize their local eateries for delivery or takeout. Its Dine Out To Help Out shares deals, gift cards and restaurants open for outdoor dining.

“This fresh round of lay-offs is yet another grim data point that points to how devastating these indoor dining shutdowns are for restaurants,” said Sonia Riggs, the restaurant association’s CEO. “Level Red restrictions are absolutely decimating the hospitality industry, and are putting thousands of people who rely on restaurants for a paycheck out of work.”

A recent survey of restaurant members just before the red-level restrictions took effect had 24% fearing immediate closure while 60% said that would cause them to close permanently within three months.

“Without more relief, we are going to see mass closures, mass layoffs, and mass damage to our communities,” Riggs added.

Nine months into the pandemic, the majority of new claims are from people who are reopening their accounts after losing a job, getting a new one and losing that one, too, Gedney said.

And as a result, the number of people making a continued claim for benefits is up dramatically. Continued claims for those on regular unemployment grew 15% in a week, to 91,000 for the week ending Nov. 28.

And that’s unlikely to end soon, Gedney said. “I do expect to see continued claims rise throughout the year as initial claims remain elevated.”

That continued-claims figure doesn’t include people on extended benefits or Pandemic Unemployment Assistance, which is for gig workers and the self-employed. Include those folks and the number of Coloradans who continue to seek weekly benefits numbered 240,000 — “that’s the highest total in nearly three months,” Gedney said.

The financial toll also continues to increase. The state doled out $100 million for unemployment benefits for the week ended Dec. 5, up 11% from the previous week. So far this year, the department has distributed $6.5 billion in state and federal unemployment benefits.

For comparison, the state paid out $7 billion in claims related to the Great Recession between 2009 and 2012.

And benefits for more than 130,000 people in the state will stop Dec. 26, when several federally-funded unemployment programs end.

Unless Congress approves a new coronavirus relief package, there will be no more payments for the existing 63,694 people on PUA, nor for the 70,031 on extended benefits.

“A number of other benefit provisions, including workshare, all are set to expire under the CARES Act by the end of the year with the last payable week in Colorado being (Dec. 26),” said Cher Haavind, deputy director of the Department of Labor. “So as you can imagine, this will be a hard stop for many folks who have come to rely on these benefits.”