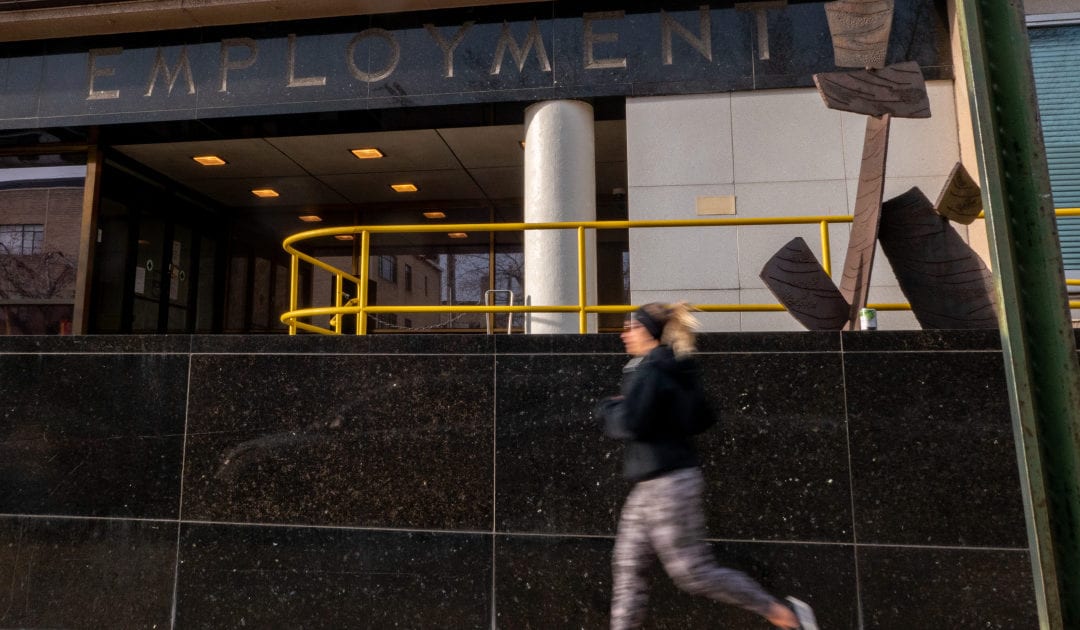 As unemployment claims in Colorado tick back up again, the site where out-of-work Coloradans go to request benefits was down on Monday morning but was back up around 10 a.m.

Officials at the Colorado Department of Labor and Employment didn’t immediately know why wasn’t working but after being told, began investigating, said Cher Haavind, the department’s deputy director.

Instead of seeing the log-in to their accounts, unemployed workers are greeted to the MyUI site with a “Renew Now” at the top of the page, along with links to related searches for Colorado unemployment benefits.

The issue, however, could be an expired domain address for coworkforce.com. According to Network Solutions, the company that the state registered the domain on, the coworkforce.com site expired Nov 28, 2020.

Jared Ewy, with Denver-based domain registrar Name.com, said it looked like the domain had expired. After running it by his team of engineers, they said, “shouldn’t have let that one expire.”

“It’s pretty standard that it would go down after expiring,” Ewy added.

Resolving the expired domain could just require a quick call to customer support to the registrar.

But when domains expire, the registrar often parks its own links on the expired page, which Network Solutions did.

“Domain companies make money off of this because people will come and they can click on ads so they get parking revenue,” Ewy said.

There is a slight chance that the expired domain coincided with someone on the Department of Labor’s site changing name servers and running into an issue. That would cause users who type in coworkforce.com to not see the right page.

An expired domain has caused issues for major companies in the past, including marketing firm Marketo back in 2017, which impacted customers all around the world.

But a bigger case was Google back in 2015. The search giant forgot to renew its main domain — Google.com — and a former employee snapped it up for $12. He gave it back to the company and Google paid him $6,006.13, which sort of spells out “Google,” and then doubled the amount after the former employee donated the sum to charity, The Verge reported.

Ewy advises that companies who need to retain their internet domains should make sure the right email is attached to the account so someone or multiple people are notified that the expiration is near.

Otherwise, he said, “If you’re not doing something with the domain, turn off the auto renew and let it slip back into the digital ether, and you’re not going to have to pay for the domain and it’s going to move on.”

This story is still being updated.