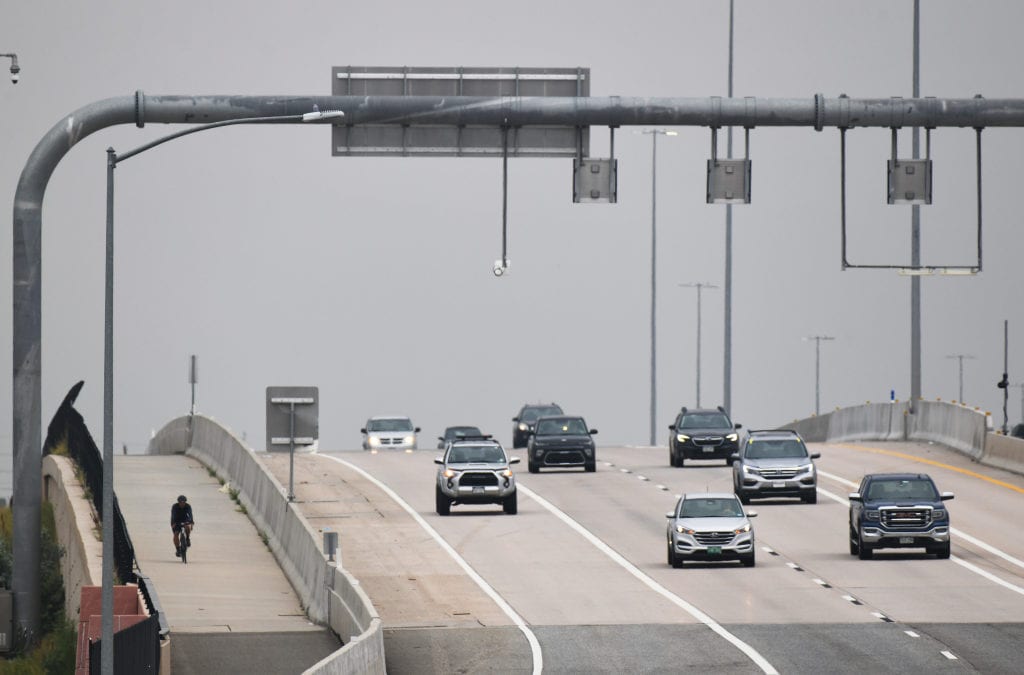 Colorado lawmakers have been promising for years to fix the state’s underfunded transportation system, and on Thursday, Gov. Jared Polis signed a law that he and statehouse Democrats believe finally does the trick.

The bill will “fix the damn roads in Colorado!” Polis said at a bill signing event held off of an Interstate 70 exit west of Denver.

“There is a brighter future with less traffic and cleaner air ahead thanks to this effort,” he said. “It’s about modernizing transportation, reimagining how we can better move people and goods, improve air quality, build communities back stronger than ever before.”

This bill he signed, SB21-260, is projected to raise $5.4 billion by the 2031-32 fiscal year, 70% of which would come from new fees. Those fees will kick in starting July 1 on everything from gasoline and diesel fuel purchases, retail deliveries, ride-hailing services, electric vehicle registration and car rentals.

More than a third of the money from fees would go to new state transportation projects, mainly for highways, bridges and tunnels. Most of the remainder would be split among:

Just under 10% of the money would go to projects that create or improve alternatives to driving, such as public transit, bikeways and pedestrian ways.

The governor claimed the bill would create “at least” 27,000 jobs in the next decade.

The bill evolved under heavy negotiations — from climate and transit advocates, business groups and local civic leaders, Democratic and Republican alike — but at the Capitol, it was almost entirely partisan, winning zero Republican votes in the House and only Kevin Priola of Henderson in the Senate. Just one Democratic lawmaker, Sen. Kerry Donovan of Vail, voted against the bill.

“We have this bill that’s allegedly for transportation but it raises fees on things like Uber and Lyft and DoorDash and the gas tax fee,” Senate Minority Leader Chris Holbert of Douglas County said. “But very little of the money … actually goes to roads and bridges, concrete and asphalt. I think as people realize that over time they’re going to start scratching their heads and wonder, ‘Why didn’t this solve the funding needs for transportation?’”

Republicans would rather fund transportation through the budget, not through extra fees — a program Democrats do not support because it would require large cuts elsewhere in the budget. They believe the fees betray the intent and will of voters, who last year voted for new limits on the legislature’s ability to create new fees. (The bill stays just under those limits.)

They also want more of the money to go to roads and bridges, with less money for electric vehicles and climate change mitigation.

“There are so many areas where there are diverging interests and different opinions on how is the best way to solve this problem,” said Senate Majority Leader Steve Fenberg of Boulder, a lead sponsor of the new law. “Every single aspect of this bill had well-meaning, genuine, reasonable people on both sides of those trade-offs.”