Colorado touts its new private coronavirus testing contracts as a way to speed up results. Already there are problems. 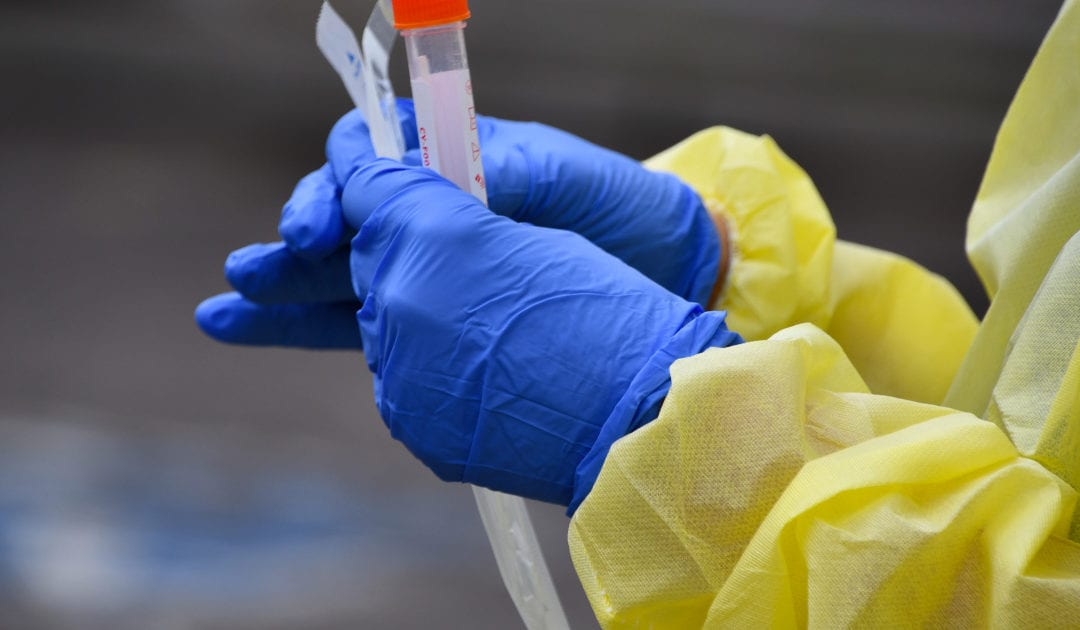 With coronavirus tests across the nation taking a week or more to be processed, Colorado presented a solution to speed things up: New partnerships with private labs to ensure people know within a few days if they are infected so that outbreaks can be snuffed out.

“A lot of the testing being done with the national labs was simply taking too long for Colorado residents, too long for our public health needs,” Gov. Jared Polis said last week as he celebrated a new testing site at Water World in Adams County. “People were not hearing back for nine, 10 days. I even heard 12 days somebody didn’t hear back. So we wanted to do something about it and fix it.”

But problems already have arisen with a company hired to run three public testing locations on the Front Range at a cost of up to $200,000 a day.

Mako Medical, which is based in North Carolina, was found by state health officials to have “potential inconsistencies” with the temperature at which test samples were being kept at a Colorado Springs screening site.

“El Paso County Public Health flagged the possibility that some of the samples may not have been stored at a low enough temperature to ensure viability,” the Colorado Department of Public Health and Environment said in a statement to The Colorado Sun.

Now, more than 350 people who were tested at the Citadel Mall site on Tuesday — the first day it was open under Mako’s management — are being invited to get screened again out of what the state says is “an abundance of caution.”

The Water World testing site where Polis talked about the need to speed up the return of results is also run by Mako. He mentioned the company by name during his remarks.

“We know that our success against this virus relies on information,” Polis said on Aug. 10. “This is a war, and intelligence is critical.”

Mako is running a third test site, at Aurora Sports Park. Polis also marked the opening of that operation with a personal visit also on Aug. 10.

“The concerns at the Citadel Mall site were quickly detected and addressed. The state also conducted site inspections at Water World and Aurora Sports Park and did not find any irregularities in operations,” CDPHE said in a written statement. “We have confidence in Mako’s ability to meet its contractual obligations regarding test load, accuracy and proper site operations. We will continue to do frequent inspections.”

The state’s contract with Mako has not been made available for public review, but Polis said the company promised to return results in no more than four days, if not sooner. The hope is that Mako will be able to get information to Coloradans faster than the national lab giants LabCorp and Quest Diagnostics, which have been inundated with work across the U.S. and beset by large backlogs and slow turnaround times.

Testing is useless, public health officials say, if it takes too long for results to be returned.

When the pandemic hit U.S. shores, Mako was a relatively small company providing a variety of testing services mostly to businesses and organizations within North Carolina. But its workload and workforce have both exploded during the time of COVID-19.

In May, the company announced that it had grown to 450 total employees and its team of lab techs had swelled to 150 people working in three, around-the-clock shifts, up from 50 people working in a one shift. In June, the company announced that it had hired 100 more people and it had added 5,000 square feet to one of its facilities. Its job-listing board currently shows openings for 61 positions in five states.

The growth has come as states and local communities increasingly look for laboratory options beyond Quest and LabCorp, the nation’s two heavyweights in the field.

Since the spring, Mako has landed contracts with governments and other organizations in at least New Hampshire, Maryland, Pennsylvania, Georgia, Virginia and Montana, with the company’s touted 48-hour turnaround time frequently cited. Mako is also part of an effort to provide testing services to summer camps across the country.

“We don’t want to be left high and dry again in the event that the national demand for testing puts a state like ours onto the back burner,” Montana Gov. Steve Bullock told Kaiser Health News last month, after deciding to drop Quest and sign a contract with Mako to run 1,000 tests a day for his state.

Beyond the issues that arose on the first day of testing at the Citadel Mall, The Colorado Sun found that Mako’s work has faced criticism in other states.

The company was tapped to handle coronavirus surveillance in New Hampshire nursing homes, but came under fire for false-positive results and its turnaround times, the Valley News reported.

At one facility, according to the newspaper, a pair of false positive tests among residents in June was blamed on a lab-process error. Valley News reported the inaccuracies “put families through hell,” according to an administrator at the nursing home.

A television station in Charlotte, N.C., said a nursing home there also received false-positive test results from Mako in May.

“The false positives were due to human error within the lab technician plating process,” the company said in a statement to WSCO-TV. “We immediately instituted additional safeguards, including an additional level of result reporting review, to help ensure this never happens again.”

Mako was also dinged in May for social media posts claiming to be working on developing a test to determine whether someone is “immune” to COVID-19.

Health experts say there’s no definitive proof that someone can be completely immune to coronavirus, though they believe people infected with the disease may be protected from reinfection for at least a short while after recovering.

The News & Observer newspaper in Raleigh, N.C., reported that the company apologized for the posts and said they were a mistake. At the time, it had just been announced that Mako had won a contract to provide 20,000 tests for prison and probation employees in North Carolina.

Meanwhile, The News & Observer has reported problems with Mako’s founder. In February, the newspaper ran a story showing that Mako CEO Chad Price submitted a resume in 2014 for a position on a community college board of trustees that listed academic achievements and a work history that were false. He then resigned from the board.

Mako was co-founded in 2014 by Price, who doesn’t have a medical or laboratory background, according to interviews he has given. Price said he was driven to launch the company after becoming frustrated with slow medical test results for his older sister, who he said has the mental capacity of a toddler.

Mako boasts a host of awards for its fast growth and for being a top “startup employer.” Public records show it is accredited by the Clinical Laboratory Improvement Amendments through the Centers for Disease Control and Prevention. The company says its “COVID-19 test was validated and independently tested in two separate laboratories with seven times as many samples as required.”

The Colorado Sun sent a list of questions to a Mako representative about their testing procedures whether the company has taken on such a big testing contract before. Chief Operating Officer Josh Arant issued a statement in response.

“At Mako Medical we understand the importance of timely, accurate COVID-19 test results,” he said. “We value our partnership with the Colorado Department of Public Health and Environment and the El Paso County Public Health, and their commitment to Colorado citizens during this pandemic.”

In the meantime, Mako said it is testing the potentially problematic samples taken at the Citadel Mall “to determine if temperature impacted the quality.”

CDPHE says it has reached all but four of the 355 people tested Tuesday at the Citadel Mall. State health officials say they have provided “guidance” to Mako to ensure the temperature issue isn’t repeated.

“Both CDPHE and El Paso (County Public Health) reviewed the appropriate procedures with Mako Medical for storing samples both at the site and while transporting them to their lab,” CDPHE said in a statement.