Colorado To Vote on Late-Term Abortion Ban in November 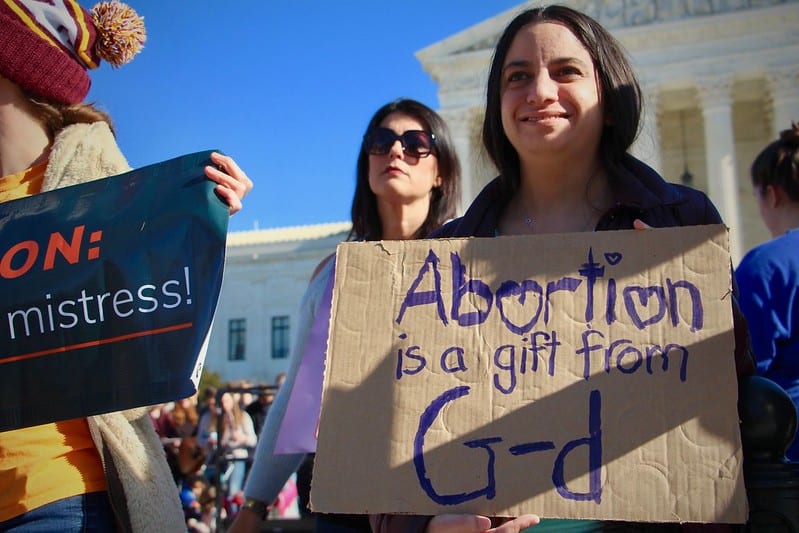 This November, Colorado’s ballot will include an initiative to ban abortions after 22 weeks, backed by anti-abortion group Due Date Too Late, according to the Colorado Secretary of State.

Unless considered a life-saving procedure where the pregnant woman’s life is endangered, performing an abortion after 22 weeks would be classified as a misdemeanor for medical providers. Pregnant people would not face criminal penalties. This includes cases where a doctor has determined that the fetus will not survive after birth.

22-week abortion bans are part of an agenda to ban all abortions, plain and simple. No Coloradan should have to leave the state to access the health care they need—and that includes abortion care. #BansOffColorado https://t.co/okC74j40My

The measure would “force a woman to … leave her family and her community and her support system behind to travel to another state that doesn’t criminalize access to health care,” said Jack Teter, political director for Planned Parenthood of the Rocky Mountains. He also noted that the measure makes no exceptions for rape or incest.

In support of the ballot initiative, Due Date Too Late collected 153,204 signatures—more than the 124,632 required. However, gaining signatures on Initiative 120 was complicated for the group, as their initial signature submission fell short of the required number by nearly 10,000 before being granted additional time to collect signatures after legal disputes with Gov. Jared Polis.

In response to the COVID-19 pandemic, Polis issued an executive order in May that allowed signatures to be collected via mail and email, rather than face-to-face. Initiative 120 was originally excluded from this; however, a Denver District Court judge later granted the group an extension of time in which they were able to collect a sufficient number of signatures.

Here at Ms., our team is continuing to report through this global health crisis—doing what we can to keep you informed and up-to-date on some of the most underreported issues of this pandemic. We ask that you consider supporting our work to bring you substantive, unique reporting—we can’t do it without you. Support our independent reporting and truth-telling for as little as $5 per month.

The Colorado Reproductive Health, Rights and Justice Coalition spoke out against the initiative, stating:

“Any restriction on access to comprehensive reproductive health care, including abortion care, is out of line with our shared Colorado values.”

“During this devastating public health crisis, extremists have mobilized to further limit abortion care. Many things can stand in someone’s way of getting an abortion as soon as they would like, from not being able to afford it, travel distance to a clinic, restrictions that have been put in place, health concerns or a fetal diagnosis later in the pregnancy. Every Coloradan should be able to make the best decisions for themselves and their health.”

Colorado is currently one of few states in the country that does not limit when or why individuals can get an abortion. Because of this, it has become an important destination for those seeking reproductive healthcare.

In the past, Colorado voters have rejected other measures restricting abortion access. Most notably, in 2014, voters rejected the initiative to define a fetus as a person in the state constitution by a wide margin. This measure has been on the ballot three times within the recent past and has been defeated every time.

This is a blatant effort to undermine reproductive rights & access to health care. Coloradans will reject this — like we have many times before. https://t.co/hhzGypicCy

Initiative 120 seeks to amend Colorado law, but not the state constitution. Therefore, the state legislature would have the power to overturn it if passed in November.

The COVID-19 pandemic has highlighted the incessant attempts from anti-abortion lawmakers to attack reproductive health services. This November, Colorado voters have a lot on their plates when it comes to upholding democracy—but they cannot forget to protect reproductive freedoms from those looking to control bodies, not save lives.

The coronavirus pandemic and the response by federal, state and local authorities is fast-moving. During this time, Ms. is keeping a focus on aspects of the crisis—especially as it impacts women and their families—often not reported by mainstream media. If you found this article helpful, please consider supporting our independent reporting and truth-telling for as little as $5 per month.