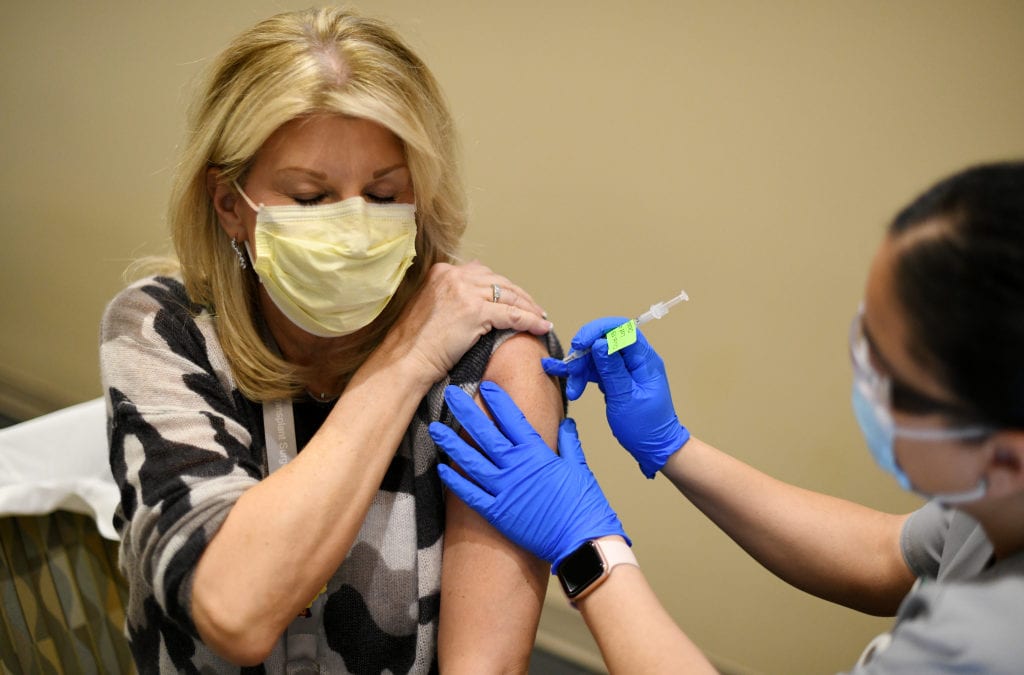 The state earlier this week received its first shipment of 46,800 doses from Pfizer, and began vaccinating frontline health care workers around the state.

A second allocation of 56,550 doses of the Pfizer vaccine was expected Friday, but state officials say the federal Operation Warp Speed program reduced that to 39,780 doses.

Chana Goussetis, the spokesperson for Boulder County Public Health, said that as of Friday afternoon, the local health department hadn’t “been notified of any shortages of orders at this point.”

Gov. Jared Polis called on the federal government to speed delivery of additional doses to the states, based on their population share. Pfizer announced Thursday that it had “millions more doses” ready in its warehouses, but hadn’t received instructions about where to send them.

The impact is blunted somewhat because many vials contain six doses of the vaccine, rather than the five states were told to expect. If each vial only contained five doses, Colorado’s shipment would only be enough for 33,150 people, meaning at least 6,000 fewer people could receive their first of two shots that week.

If Colorado had received the full allotment of 11,310 vials and got six doses out of each, rather than five, it would have had enough for 67,860 people.

Of the nearly 40,000 doses Colorado will receive next week, 25,740 will be transferred to the Center for Disease Control Pharmacy Partnership Program to vaccinate residents and staff at skilled nursing facilities and 14,040 will be assigned to medical providers, the State Joint Information Center said.

As of Friday afternoon, 12,123 doses of the Pfizer vaccine had been administered to health care workers across Colorado, a figure that is likely low because medical providers have 72 hours to report their vaccination activity to the state.

Colorado is not the only state to feel the shortfall. In recent days, governors and health leaders in more than a dozen states have said the federal government has told them that next week’s shipment of the Pfizer vaccine will be less than originally projected. Little explanation was offered, leaving many state officials perplexed.

“This is disruptive and frustrating,” Washington Gov. Jay Inslee, a Democrat, wrote on Twitter on Thursday after learning from the Centers for Disease Control and Prevention that the state’s allocation would be cut by 40%. “We need accurate, predictable numbers to plan and ensure on-the-ground success.”

The Colorado State Joint Information Center said in an email that, currently, the CDC is telling the state on a week-by-week basis what to expect through Operation Warp Speed.

“OWS is changing their approach so that we get the same allocation each week,” state officials said. “If additional doses become available, OWS will distribute those additional doses periodically. “

Once Moderna receives its anticipated FDA emergency use approval, Colorado still expects to receive 95,600 doses of that vaccine next week, as originally planned.

Colorado reported 3,639 new cases of COVID-19 on Friday, which was higher than in recent days, but still about 40% lower than the number on Dec. 2.

Hospitalizations continued trending downward, with 1,476 people receiving care for confirmed or suspected COVID-19. Deaths have continued to grow as the virus is killing people who were infected during the November spike. Hospitals and health care workers are still dealing with strains from that surge, state epidemiologist Dr. Rachel Herlihy said.

“We still have a way to go, even to get to our spring peak level,” she said.