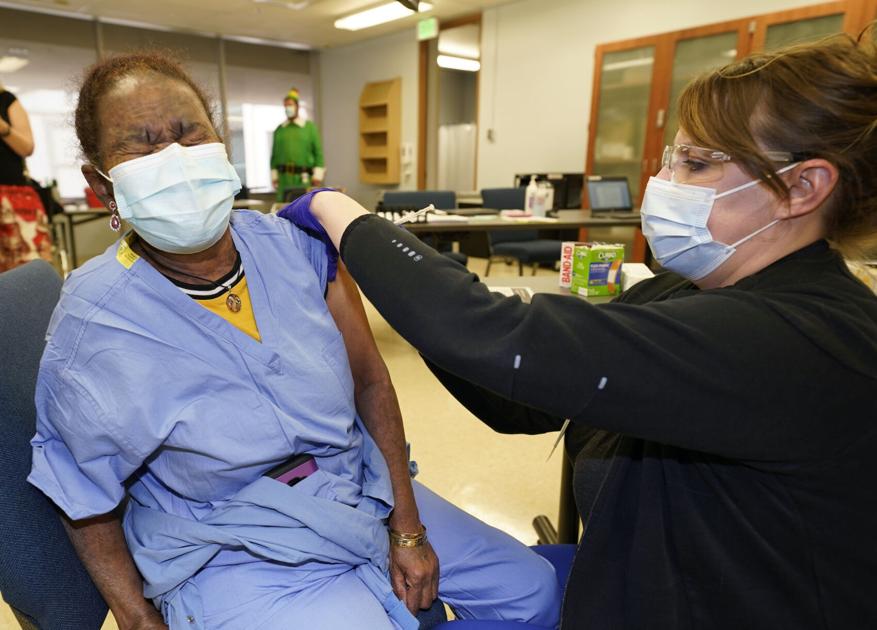 The state has signaled two significant changes to its coronavirus vaccine strategy recently. The first was Colorado Comeback Cash, $5 million worth of cash prizes that’ll be split between five vaccinated residents over the next six weeks. Gov. Jared Polis said similar efforts elsewhere led to double-digit percentage increases in the number of people inoculated.

The second change has received far less notice: Colorado is increasingly shifting its vaccination strategy to local providers and away from the mass inoculation sites that have formed the backbone of distribution. In a town hall last week, Polis told doctors that as trusted medical messengers, “we need all of you to play your role as Colorado’s healers to end the pandemic.”

“The bad news is we’re not at the level we need to end the pandemic,” Polis said, noting more people need to be vaccinated to stop the spread of COVID-19.

The state’s vaccination rate has tumbled in recent weeks, now that highly motivated residents — including the chronically ill or elderly — have been inoculated. Polis told the providers that 56% of Colorado’s population has been vaccinated. But the remaining 44% has proven slow to get the vaccine. State officials have loosened certain vaccine storage limits and pushed doses into primary care clinics to reach the hesitant.

Last week, Polis announced that clinics and providers can now open a vial, even if it’s just to use one of the several doses contained within it. The change will also allow providers to hold doses for two weeks. Previously, vials had to be used within 72 hours of receipt.

The vaccines have also been found to be less temperamental when it comes to storage. Previously, ultra-cold storage limited which facilities could accept doses.

Now, the state is pushing to expand its coronavirus vaccination beyond hospitals and stadium parking lots. Polis said that state polling indicated that only 10% to 20% of residents were flatly opposed to the vaccine. He said enough people are open or willing to be vaccination for the state to hit the herd immunity threshold of at least 70% the population inoculated.

The Colorado Medical Society created a digital tool kit with the details on how to become a provider, and they hosted the town hall with Polis.

“We’ve reached this point in vaccinations where for the first time we have more supply than demand,” said Paige Brophy, the executive director of the Northern Colorado Medical Society. “… It’s important that we get these doses into primary care physician offices because they have seen their patients for years.”

Surveys — conducted both in Colorado and nationally — have shown anxiety is a primary reason some turn away from coronavirus vaccine. Many are concerned about serious side effects, or missing work if they had a mild reaction. Others have become frustrated with the process to sign up for a shot and blew it off.

“We’re at the point where, if a community member has not received a vaccine yet, they most likely have some other questions or want a personal conversation,” she said.