Colorado to begin vaccinating teachers, people 65 to 69 on Feb. 8 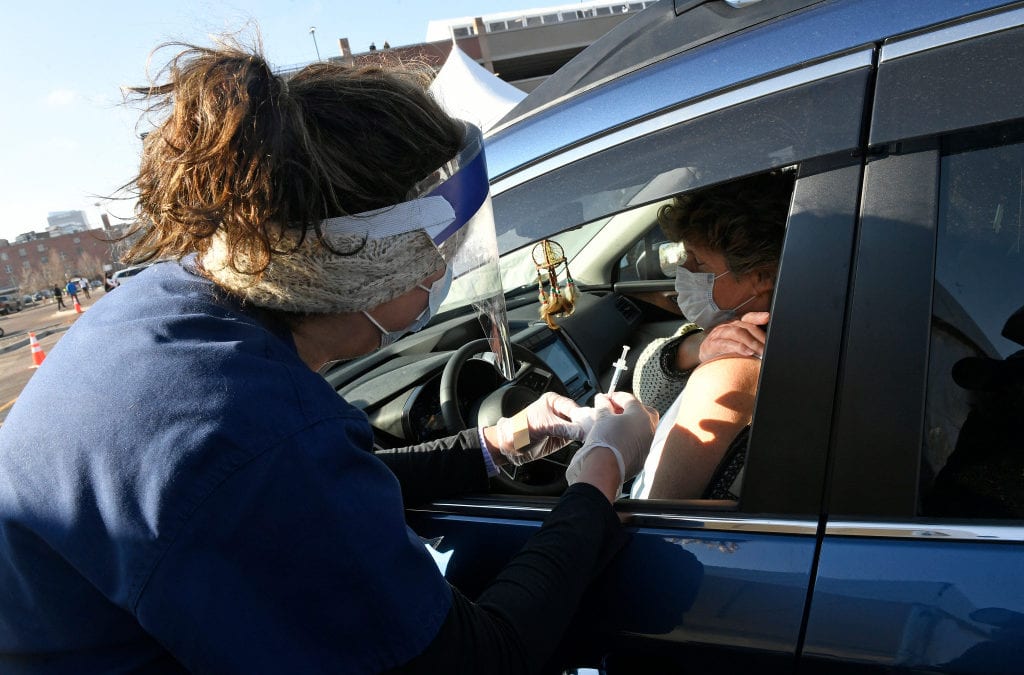 Teachers, child-care providers and any Coloradans aged 65 to 69 will be able to receive COVID-19 vaccinations beginning Feb. 8, Gov. Jared Polis announced Friday in a significant expansion of the state’s pool of people eligible to be inoculated.

Once older people are vaccinated, the “crisis phase” of the pandemic will be over, Polis said during a news conference.

Polis asked that people in that age group not call in while people 70 and older are still trying to get through and set up appointments.

“You will get the chance to get the vaccine, if you’re 70 and up, in the next few weeks,” Polis said.

Teachers will learn about when and how they can get vaccinated through their school districts.

The Colorado Education Association, which represents 39,000 teachers, applauded Polis’s move to accelerate teacher vaccinations, which previously had been expected to begin in March.

“This is a gigantic step toward our long-standing goal of getting our students back into classrooms, where the best learning takes place,” the union said in a statement.

Yet it’s not clear when Colorado will have enough shots to actually vaccinate a larger group.

The state receives about 80,000 doses per week, and there are about 1.3 million people eligible in the current phase, known as 1B. That group includes first responders, people over 70 and “frontline essential” workers such as teachers, transit workers and people who work in the food supply chain.

Front-line health care workers and residents of long-term care facilities were eligible to get the shot first, in Phase 1A.

The state’s priorities have changed before. In late December, the state announced essential workers and people 70 and older would be eligible next, and some teachers and government employees started to get shots. A week later, the guidance changed, putting most essential workers below a “dotted line” in Phase 1B. Under that guidance, people over 60 who don’t have jobs that require them to interact with the public would have had to wait until Phase 2, which is scheduled for spring.

The state health department doesn’t have data specific for people over 65, but about 12% of the state’s COVID-19 deaths have been in people between 60 and 69. People in their 70s account for 24% of coronavirus deaths, and those who are 80 or older make up 54% of the death toll.

The odds of dying from COVID-19 increase with each decade of life. The risk of hospitalization generally does, too, with the exception that younger children are slightly more likely to be hospitalized than teens.

A study from researchers at the University of Colorado Boulder found that prioritizing people over 60 would save more lives than prioritizing children and teens, younger adults, or all adults equally. Their model found that focusing on adults ages 20 to 49 could make sense if the virus isn’t spreading widely in the community, but that’s not the case in the United States. They didn’t model the effects of a phased rollout, starting with people in their 70s and moving down.

Nancy Berlinger, a research scholar at the Hastings Center who has studied inequity in vaccination, said expanding categories too quickly could crowd out the most-vulnerable people, though. A 65-year-old person might be better able to navigate the system than a 90-year-old and get vaccinated sooner, even though the older person is at a greater risk of dying, she said.

Colorado is one of eight states currently prioritizing residents who are 70 or older. Seven set their cutoff at 75, and 13 states and the District of Columbia lowered it to 65. The remaining states aren’t prioritizing groups based on age at this point, according to The New York Times.