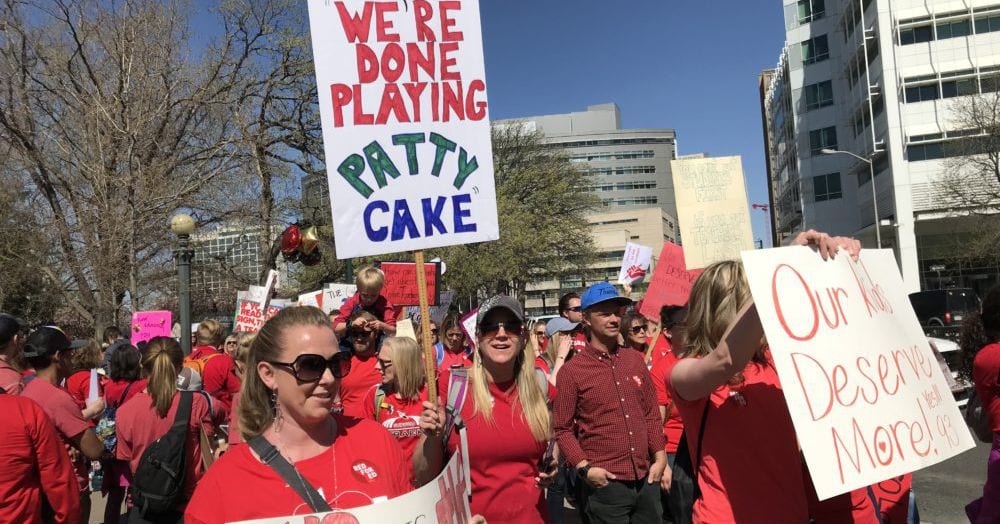 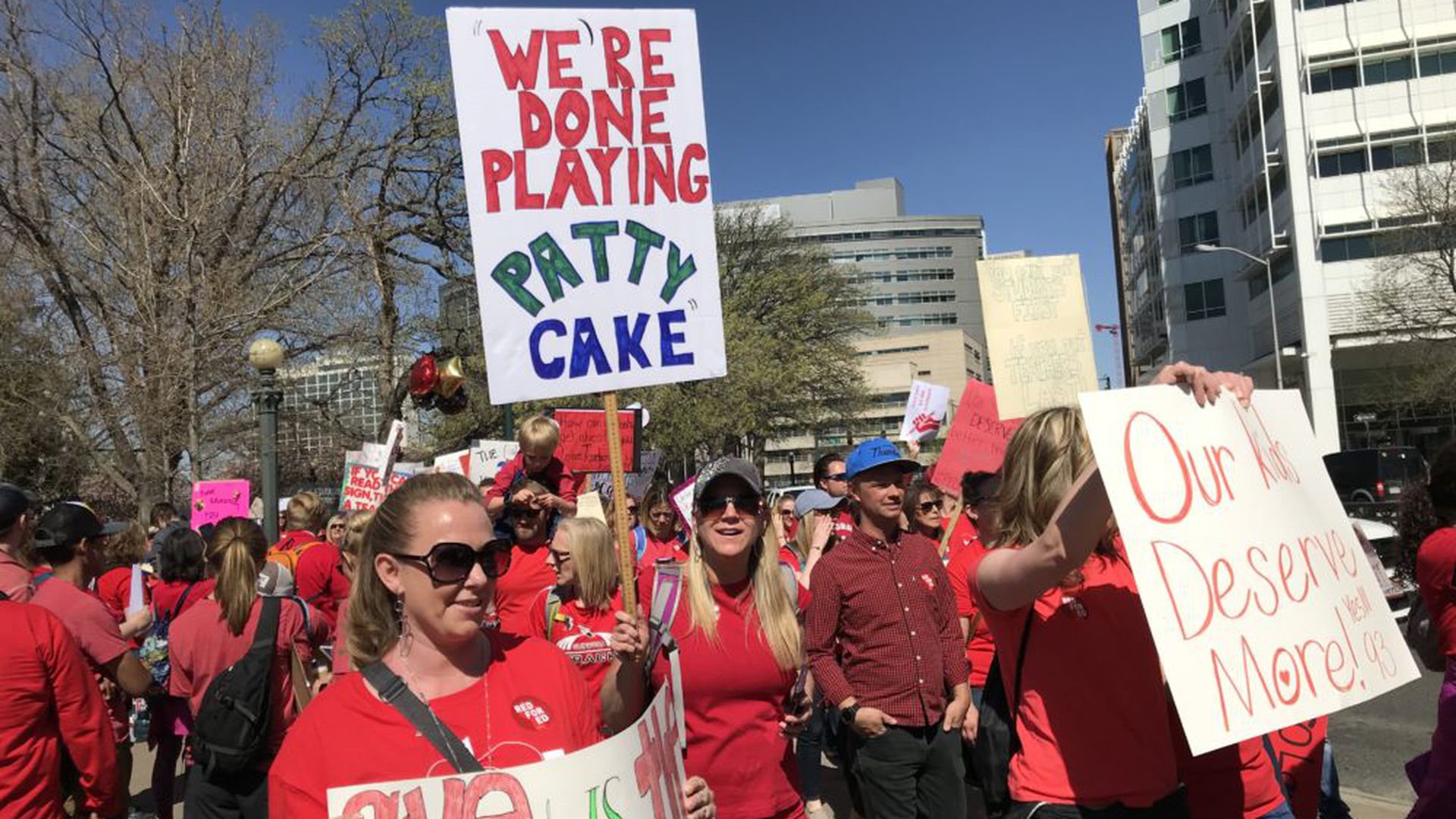 Colorado’s two main teachers unions are exploring a merger that both groups hope will increase their influence on state and local education policy.

The merger would require the approval of both unions’ membership through multiple votes, first on the intent to merge and then on final approval of a new governance structure. There is no specific timeline for the process.

Leaders from both organizations said there isn’t one specific issue that prompted the merger talks. This step comes after years of growing alignment and cooperation on successful school board campaigns and teacher rallies, as well as unsuccessful efforts to pass statewide tax increases for education.

“We see eye-to-eye on 99.9% of things,” said Kallie Leyba, president of AFT Colorado. “It’s pretty rare that we approach things differently, so it’s almost silly to be two different organizations. We have a formidable enemy in [U.S. Education Secretary] Betsy DeVos, and we’re stronger together.”

“Our issues are the same,” said Amie Baca-Oehlert, president of the Colorado Education Association. “We’ve been talking about this for a while, and as we’ve been really experiencing these big systemic issues that have come to a bright light during COVID, we decided it was time to formally look at joining together.”

Those issues, they said, include improving school funding, addressing racial disparities, ensuring workers are protected during the return to school, elevating educator voices, and electing candidates aligned with their positions.

The two organizations worked together to overturn conservative school boards in Jefferson and Douglas counties and to stage 2018’s #RedforEd teacher demonstrations that shut down school districts around the state. The pandemic has presented new challenges, as unions have raised questions about the safety of returning to school and the economic fallout has hit school budgets hard.

The two unions haven’t always been on the same side of education policy. Most contentiously, the AFT supported Colorado’s educator effectiveness law, while the Colorado Education Association vigorously opposed it. Ten years later, though, the two groups largely agree on wanting to reduce the role that test scores play in teacher evaluations. An effort to change the law foundered during the 2019 legislative session.

Nationally, the two unions represent similar groups of workers and often take similar stances on issues, but historically they’ve had different cultures and philosophies. The American Federation of Teachers is a member of the AFL-CIO, the nation’s largest labor organization. The National Education Association is not. In the past, some teachers preferred to think of the NEA as a professional association, rather than a labor union.

The AFT is known for its assertive locals, including the Chicago and New York City teachers unions, while the NEA is known for fostering strong state chapters. AFT represents more big-city teachers, while NEA has a greater presence in suburban districts.

A 1998 effort to merge the national organizations failed to garner enough support among members, as did a 2013 attempt to reopen discussions. But AFT and NEA affiliates have merged in a number of states, including New York, North Dakota, Minnesota, Florida, and Montana. More recent merger efforts in Wisconsin and Texas didn’t succeed.

The AFT has a higher education division at the national level. The Colorado unions said a merger would allow them to represent the interests of workers from preschools to colleges and universities in a more cohesive way.

In Colorado, in contrast to the national situation, the Colorado Education Association represents teachers and other workers in the largest urban districts, as well as in many suburban and rural districts. CEA is the larger organization, with more than 30,000 members.

AFT Colorado does not disclose its membership numbers but is much smaller. In addition to teachers in Douglas County and some smaller school districts, the AFT affiliate represents instructors at Metropolitan State University of Denver, and school support staff and other hourly workers in a number of districts.