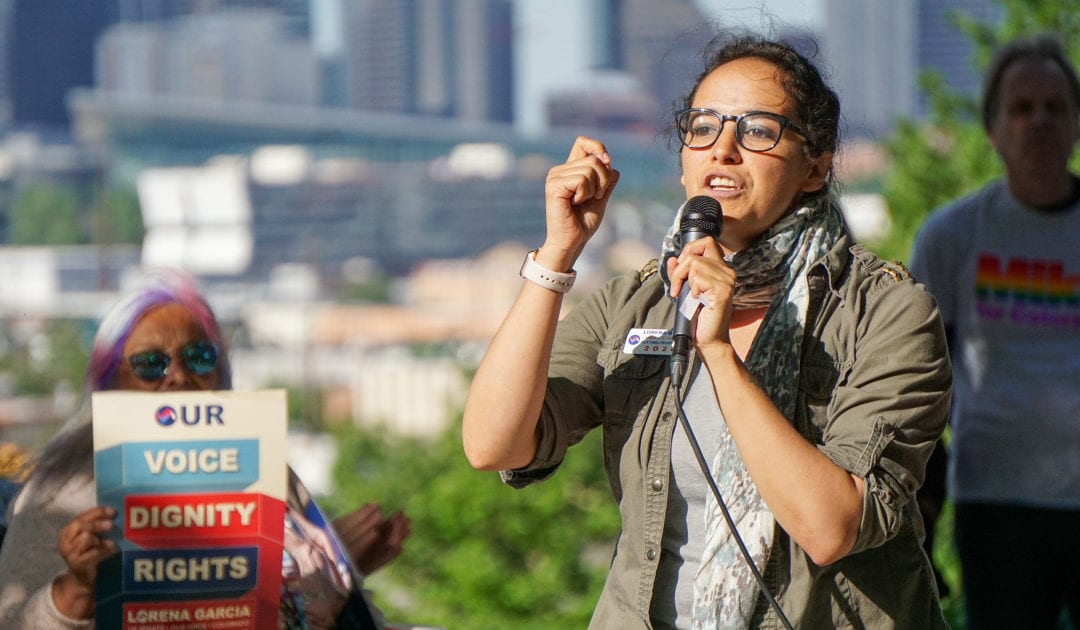 The Colorado Supreme Court on Tuesday removed another Democratic U.S. Senate candidate from the June primary ballot after reversing a lower court’s order.

Lorena Garcia, a community organizer, should not be allowed to participate in the election, the Colorado Supreme Court ruled.

She argued before Denver District Judge Christopher Baumann that the coronavirus crisis created an impossible burden for signature collection. He agreed and put her on the ballot after determining that since she collected half the necessary signatures she showed enough support to warrant being part of the primary.

But the Colorado Supreme Court has rejected Baumann’s reasoning.

“While we recognize that the circumstances that made signature collection
more difficult this year are unprecedented, we do not have the authority to rewrite the Election Code in response to the COVID-19 virus,” the court wrote in a decision handed down Monday in the ballot-access case of another Democratic U.S. Senate candidate. “… The Election Code’s minimum signature mandate requires strict compliance.”

Garcia is vowing to challenge the Colorado Supreme Court’s ruling in federal court, saying the decision “violated the people of Colorado’s right to support their candidate.”

“It is our duty to fight this violation of our democratic process,” she said in a written statement.

The June primary ballot is scheduled to be set on Thursday.

The decision in Garcia’s case comes a day after the Colorado Supreme Court removed nonprofit leader Michelle Ferrigno Warren from the primary ballot.

Ferrigno Warren also failed to collect enough signatures to participate in the election. Like in Garcia’s case, Ferrigno Warren she argued before Baumann that because of coronavirus she should be placed on the ballot anyways and the judge agreed since she had collected more than half o the necessary signatures.

Unless a federal court agrees to take up Garcia’s case and overrule the Colorado Supreme Court, the June primary will be between former Colorado Gov. John Hickenlooper and former Colorado House Speaker Andrew Romanoff.

The winner of the June primary will face Republican U.S. Sen. Cory Gardner in November. Gardner, who is in his first term, is considered one of the most vulnerable congressional Republicans up for reelection this year.