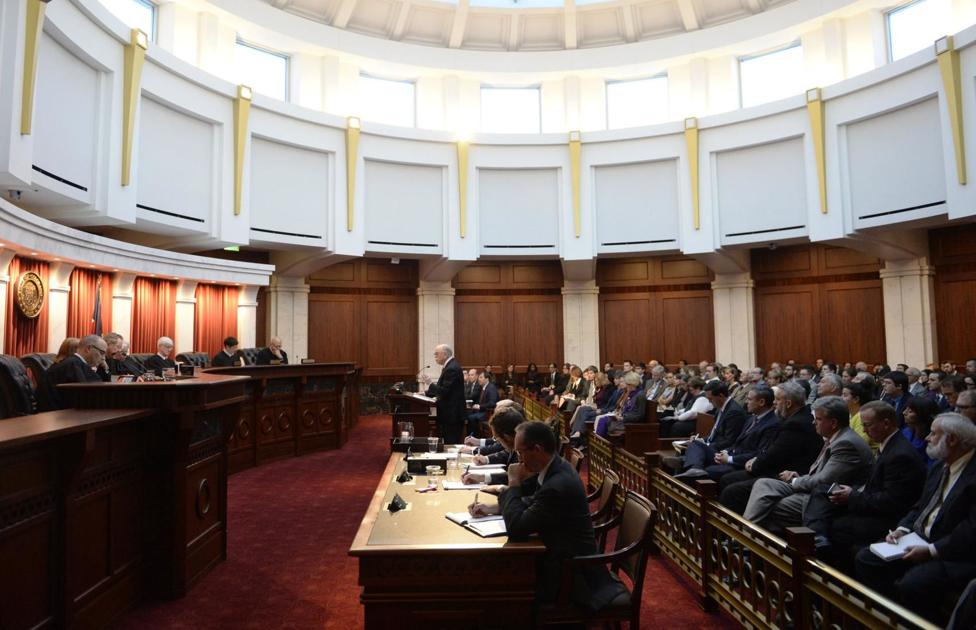 Common-law marriages for same-sex couples existed prior to the nationwide legalization of gay marriage in the last decade, the state Supreme Court ruled in a divorce case between two men Monday.

In deciding the issue, the justices had to answer the question of whether same-sex couples for whom the opportunity to marry did not exist fit into common-law marriage definitions. The U.S. Supreme Court allowed same-sex marriage in the 2015 ruling of Obergefell v. Hodges.

“We are pleased to see that the Colorado Supreme Court today validated [that] common law same-sex marriages that started before the Obergefell decision are still valid marriages,” said Michael Crews, policy director of the LGBTQ advocacy organization One Colorado. “This ruling signifies that LGBTQ Coloradans are equal under the eyes of the current law, regardless of the discriminatory practices of the time.”

Colorado is one of only eight states that allows the practice of common-law marriage, according to the National Conference of State Legislatures. Such relationships for adult couples exist without a marriage license, but are legally recognized if the parties mutually agree to present themselves as married.

Of consideration for the justices was the fact that several legal indicators of common law marriages, such as their public affiliation as a monogamous couple, were traditionally higher social barriers to same-sex couples than to heterosexuals.

“It would also seem to me at least potentially unfair to say, ‘hey, you weren’t out to the world as a married couple,’ even though they were out to their closest friends, because there certainly has been historic discrimination against the LGBTQ community,”  Justice Richard L. Gabriel said during oral argument in June.

The state Supreme Court also updated its 1987 precedent, known as the Lucero test, for determining the existence of common law marriage. The Lucero decision held that couples’ conduct, including cohabiting or taking the man’s surname, as well as their  reputation in the community were the “two factors that most clearly show an intention to be married.”

However, the court’s majority acknowledged that married behavior has changed in 30 years ago, including in heterosexual marriages. For example, the U.S. Census Bureau reports that as of 2018, nearly 15% of unmarried young adults live with a partner, compared to virtually no one in 1970.

“The key question is whether the parties mutually intended to enter a marital relationship — that is, to share a life together as spouses in a committed, intimate relationship of mutual support and mutual obligation,” wrote Justice Monica M. Márquez for the court’s majority, in describing the new standard for common law marriages.

“In assessing whether a common law marriage has been established, courts should give weight to evidence reflecting a couple’s express agreement to marry.”

Although the U.S. Supreme Court decided Obergefell in June 2015, Colorado’s legalization of same-sex marriage preceded the announcement by eight months. In 2014, the U.S. Court of Appeals for the 10th Circuit struck down same-sex marriage bans in Utah and Oklahoma, and the Supreme Court declined to review the decision. Because Colorado exists within the same appeals circuit, the ruling applied to the state’s own constitutional prohibition from 2006.

Márquez explained that the proper application of the Obergefell decision is to treat the discriminatory law as if it never existed, and extend the same recognition of common law marriages that other couples enjoyed prior to 2015.

“Recognition of a same-sex marriage is the remedy for the state’s earlier violation of the couple’s constitutional rights; the failure to recognize such a marriage effectively continues to enforce the very laws deemed invalid,” she wrote.

In the first case, Dean LaFleur and Timothy Pyfer held a commitment ceremony with family and friends in 2003, where they exchanged rings and vows. After the men had separated, Pyfer filed to dissolve the marriage in January 2018. LaFleur argued that he did not mutually agree to enter into a common law marriage.

“The rings were $8. The vows were specifically amended to take out any reference to marriage,” Katayoun A. Donnelly, LaFleur’s attorney,  argued. “… When it became legal to get married, they did not.”

Nonetheless, a Jefferson County District Court judge found the two were married under the common law. The judge found Pyfer’s intent to be married by their signing of a “Certificate of Holy Union,” LaFleur’s financial support for Pyfer after the ceremony, their cohabitation and Pyfer’s listing of LaFleur as his “spouse” on multiple forms.

The court awarded $50,000 of LaFleur’s retirement to Pyfer and ordered spousal maintenance. Both parties appealed.

The issue for both same-sex and opposite-sex couples in a potential common law marriage, contended John M. McHugh, an attorney representing Pyfer, was “whether you intended to have the social relationship status as marriage.”

“That looks like a wedding,” observed Justice Melissa Hart of the 2003 commitment ceremony.

the Supreme Court’s majority was unpersuaded by LaFleur’s insistence that he did not intend to enter into marriage. “We disagree with LaFleur’s attempt to paint lawful same-sex marriage as an unthinkable turn of events at the time of the parties’ ceremony,” Márquez noted for the court.

On the issue of division of property and spousal maintenance, the justices sent the case back to Jefferson County District Court. Chief Justice Brian D. Boatright agreed with all parts of Márquez’s opinion except for the revision of Colorado’s judicial test for common law marriages.

Justice Carlos A. Samour, Jr. disagreed with the majority’s finding saying the men may have lacked the intent to legally marry, given Colorado law at the time.

“When Pyfer and LaFleur participated in their wedding ceremony in November 2003, they both understood that same-sex couples could not lawfully marry in Colorado because Colorado considered same-sex marriage unlawful, unenforceable, and invalid,” Samour wrote.

He added that because they had no reason to suspect their union was a legal marriage, they similarly could not have anticipated a court could ever divide up their assets according to divorce guidelines, Samour added.

In dissenting, Samour indirectly referenced the concerns of Donnelly, LaFleur’s lawyer, who raised the specter of gay men and women realizing they could be subject to multiple common law marraiges.

“Imagine somebody who had a long-term relationship that could qualify as common law marriage in their twenties. No common law divorce,” she described in June. “They move on to their thirties with another long term relationship. They move on to their forties — the third one. By this analysis…there are going to be hundreds of thousands of people nationally, tens of thousands of people potentially in the state of Colorado, who are gonna wake up to figure out that they have been either bigamists or polygamists.”

“I would say that same-sex couples did expect to enter into marriage and were only waiting for their government to give them equal rights under the law,” he said. “This is a great decision affirming the rights of same-sex couples to be afforded the same rights as their straight counterparts.”

In a second case, involving the 13-year relationship of marriage of Edi L. Hogsett the women  in January 2015, filed for divorce in Arapahoe County District Court, agreeing that they entered into common-law marriage.

They ultimately decided to settle the issues through mediation, but Hogsett later returned to court, believing Neale owed her. The district court judge determined the couple wasn’t marriage because state law barred it. Even though Neale had admitted to being married, she also believed she had to file for divorce to unwind the couple’s finances.

The Colorado Court of Appeals in December 2018 found no common-law marriage existed for the couple. Judge David Furman, in a separate, one-page statement, called on the General Assembly to abolish common law marriage because of the complicated process of separating property. Hart, writing separately, agreed with that position.

“There are numerous explanations for the wide acceptance of common law marriage in the early decades of the nation. Many posit that frontier America was difficult to travel and sparsely populated, making it unduly complicated for a couple wishing to marry to reach a religious or government official who could perform a formal wedding,” she explained.

Calling common law marriage confusing, she believed the courts could on their own decide whether to legally recognize the practice going forward. “The better course, however, would be for the General Assembly to consider whether the doctrine should be prospectively abolished in the state,” Hart wrote, urging the legislature to do so.

The supreme court’s majority ruled that Hogsett and Neale hadn’t entered into a common law marriage, largely based on Neale’s statement that she did not believe in marriage. In doing so, the justices noted that parties do not need to prove they had knowledge of all of the legal consequences of marriage, and lower courts can consider how long one of the parties took to assert a common-law marriage after the break-up.

“This decision is a sea change,” said Donnelly after the decision. The Supreme Court has notified LGBTQ individuals “that they need to be clear and consistent about how they manifest their intent to be (or not to be) married. However, we cannot ignore the harm to those who never intended to marry but have now been put in a weakened position to prove that after many years or even decades.”