Colorado Supreme Court memo: Not all incidents are as serious as implied 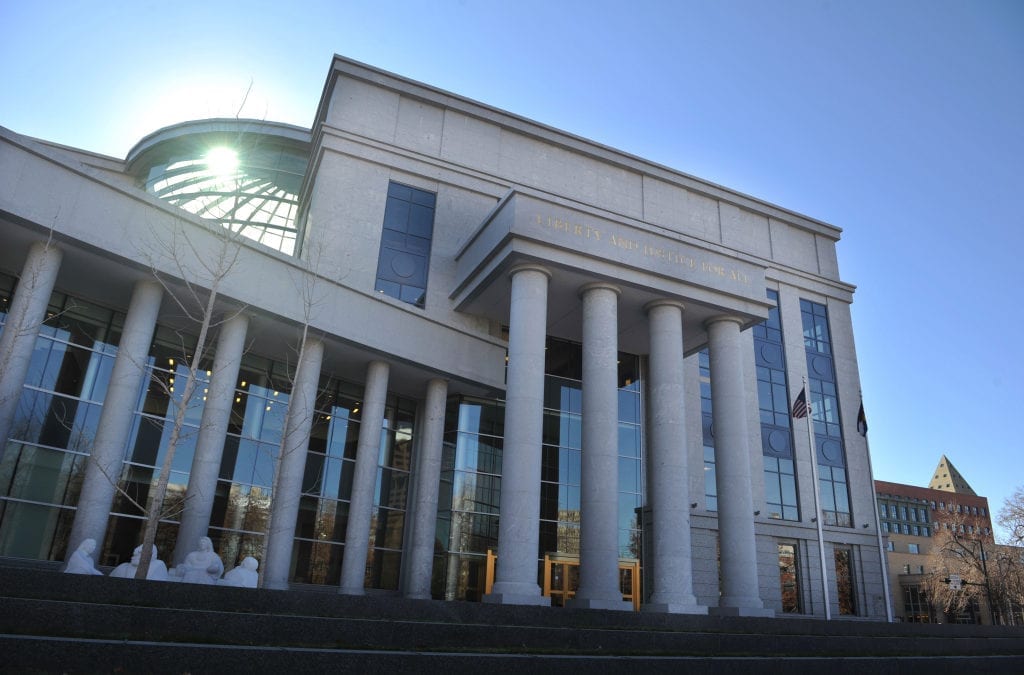 The details behind allegations of misdeeds by judges and other high-ranking officials within Colorado’s Judicial Department indicate that not all of them are as serious as an internal memo implies.

For example, a district court chief judge who warned the department’s chief of staff to “drive slowly out of town” after he was told to fire a top administrator was in reaction to an inquiry that blindsided him rather than an effort to protect the administrator, according to interviews.

In another incident, chief judges across the state insisted the department’s former chief of staff, Mindy Masias, and then-Human Resources Director Eric Brown, tell them about any harassment investigations they wished to conduct in their districts, not as a means to suppress complaints but as a matter of professional courtesy to the supervising jurists, according to a now-retired judge who recalled the incident.

The memo, written by Brown, was a two-page, 27-point highlight list of conduct within the department that Brown said Masias was prepared to reveal in a sex discrimination lawsuit if she was terminated for financial irregularities.

The memo describes instances where male judges and other top officials in the department were not held to a “tone at the top” accountability for their actions while Masias was held to that standard.

The memo doesn’t offer precise details because it was used as a talking-point reminder for Brown during a January 2019 meeting he attended with then-Chief Judge Nathan “Ben” Coats, his counsel, attorney Andrew Rottman, and then-State Court Administrator Christopher Ryan. Brown spoke extemporaneously from the memo, offering specifics as he read from it, Ryan has told The Post.

More than once during the meeting, Coats was surprised by the conduct Brown described and asked, “Did that really happen?” Ryan told The Post. Coats finally stopped Brown from reading and asked what could be done to deal with the threatened lawsuit, Ryan said.

In lieu of the lawsuit or firing Masias, Ryan said the department decided to award a company she had formed, The Leadership Practice LLC, with a five-year $2.5 million contract to conduct judicial training. Masias resigned in March 2019, about $35,000 in sick time and vacation pay she had used was restored and paid to her, her personnel file was to be devoid of any discipline, and she began work on the contract in June.

The contract was canceled in July 2019 amid a Denver Post investigation. Information about the memo and how it was connected to the contract did not surface for another 18 months until The Post in February revealed its existence.

Supreme Court Chief Justice Brian Boatright initially denied any connection between the contract and the memo, then called for two investigations: One by Auditor Dianne Ray’s office into the circumstances of the contract and memo, and another by an independent investigator into the alleged conduct described in the memo.

The Legislature, Gov. Jared Polis, and Attorney General Phil Weiser have named a panel of eight people who are to hire and supervise the investigator following a public bidding process.

The Post found that while some incidents described in the memo appear to have been covered up to protect the reputations of the judges or personnel involved, other incidents seem to have been overblown.

The memo highlights how former 12th District Chief Judge O. John Kuenhold allegedly told Masias to carefully leave town after she recommended he fire then-Court Administrator Benjamin Duarte for allegedly having sexual relationships with staff. But several people told The Post that Kuenhold was upset Masias and Brown had failed to let him know they were conducting an investigation in his jurisdiction.

The incident occurred in 2010 and Duarte resigned from his position in June that year, department records show. It’s unclear if it was the result of the Masias/Brown inquiry. Neither Duarte nor Kuenhold, who retired in 2011, responded to Denver Post efforts to reach them.

Kuenhold and Duarte were among only three people specifically named in the memo. The others are only generically identified, although The Post, through interviews and public documents, has been able to discern the identities of most of the people referenced in the memo.

“Judge Kuenhold was upset because he found out on the side that the State Court Administrator’s Office (where Masias and Brown worked) was in Alamosa doing an investigation,” said Dennis Maes, then-chief judge of the 10th Judicial District in Pueblo. “So the chief judge’s council, of which I was the chair and which meets quarterly to discuss what’s going on in the department, made it clear to them (SCAO) that if they’re going into a district to investigate, they must notify the chief judge. Under no circumstances were they to come in to do secret investigations without the head knowing.”

The issue was never about what could be investigated, Maes said.

“There was never a mention of that; we didn’t have that authority,” he said. “There was no confusion about what we were saying.”

In another bullet point, the memo says former Financial Services Director David Kribs regularly left work early to go to a bar in the mid-afternoon while his staff complained he wasn’t working “even banker’s hours.”

“Staff of other division follow him to his bar and home and track that he does not place time in PTO (paid time off) system and is seen at home at 3:00 pm often or at bar,” the memo says.

An inquiry into how Kribs was spending his workdays was launched in 2018.

Kribs told The Post he co-owned The Grandview Tavern in Arvada from January 2014 until November 2016 and, because it was only a few blocks from his home, frequently went there to balance its books before his regular workday began. As a legislative liaison, he said he would often have breakfast meetings at the Capitol, keeping him from arriving at the main office until late morning, giving the perception he wasn’t at work.

Kribs eventually chose to leave the judicial department in March 2019 because of an internal reorganization.

About two months before Brown authored the memo, Kribs and former department controller Myra Dukes were instrumental in Masias’ ouster when they refused to sign off on a routine department audit that indicated there were no problems. The two knew of financial irregularities involving Masias and insisted she be fired rather than suspended.

Tensions were so high between the finance department and human resources that Kribs was warned by Ryan that “they are coming for you,” Kribs told The Post. “This seemed ominous.”

A third of the memo highlighted alleged misdeeds by officials in the finance department.

It alleges that another employee, then-audit manager Marty Galvin, accessed personal information “on various leaders throughout the state” using an investigative database “for no business reason,” according to the memo.

In reality, Galvin, now the department’s finance director, was testing Accurint, an online database product often used by investigators in order to help auditors locate information when necessary, according to former employees.

“The use of Accurint in my role as internal audit manager was appropriate,” Galvin wrote in an email to The Post. “I will cooperate with the independent investigation.”

In another incident, a financial manager was allegedly “investigated twice for harassing behavior,” but still managed to land a better office and more staff, according to the memo.

In that case, according to a former supervisor with knowledge of the matter, the manager was required to undergo several harassment-related classes. And an assertion in the memo that his evaluation did not mention the harassment complaints is not accurate, according to the supervisor, who kept a copy.

Some details in the memo, however, appear as serious as indicated. For instance, the chief probation officer in one of Colorado’s western counties who allegedly sent photos of his genitals to a vendor was not disciplined. People familiar with the incident told The Post it happened sometime between 2009 and 2010 and occurred after he had suffered the death of his young wife.

The probation officer, who is still in his position, was also accused of having sex during the workday and on state property with a vendor who later complained she felt pressured to do so in order to keep her job, according to the memo.

Neither the officer nor the chief judge of the district who would have handled any discipline returned several email and telephone messages from The Post.

The Post could not determine the identities of some judges in the memo, including a pair who independently shared pornographic videos via the department’s email system. The unidentified chief justice of the Supreme Court – The Post has been unable to determine who – took no action in each case and both judges were eventually promoted to the chief of their district by that chief justice, according to the memo.

Colorado has 22 judicial districts, each with its own chief judge. Of those, 17 are men, five are women. The Post was able to narrow down to four the list of judges who could have been involved with the pornography. None has responded to emails from the newspaper.

In another incident, the memo describes a judge who allegedly “rubbed his hairy chest on a female employee’s back.” No action was taken against that judge and, at the time the memo was written, he was a candidate for the department’s senior judge program, the memo says. That program allows retired judges to return to temporary duty and sign a contract with the chief justice to work.

The judge, according to several sources familiar with the incident, worked in the 17th Judicial District and has since retired. The chief district judge at the time recently told The Post he did not recall the incident, and the judge involved did not respond to the newspaper’s efforts to reach him.

Other identities of judges not named in the memo, however, are now known.

The Post recently reported that harassment accusations against Supreme Court Justice Richard Gabriel were silenced when the female law clerk who made them signed a release agreement at a time the judge was a candidate for the high court. Though Gabriel was unsuccessful at that time, the agreement was allegedly approved by the chief justice and was intended to keep Gabriel safe during the selection process, according to the memo.

Additionally, Gabriel and Justice Melissa Hart were named in an Equal Employment Opportunity Commission complaint filed in 2018 by an unsuccessful applicant for a job as rules attorney for the court. The applicant, Michele Brown, who is Black and over 60, later alleged in an employment discrimination lawsuit in U.S. District Court in Denver that she was intentionally passed over for a younger, less experienced white woman. The justices were part of the six-person hiring committee, with Gabriel as its chair. The case is pending.

The memo also says an unnamed chief justice ordered the destruction of an anonymous letter that allegedly accused the judge and the department’s information technology director, Chad Cornelius, of “sexism and harassment.”

Former chief justices Michael Bender and Nancy Rice each said they did not recall the incident.

“The assertions in the memo you reference with my name are inaccurate,” Cornelius emailed The Post, but did not offer specifics. “I look forward to the independent investigation.”