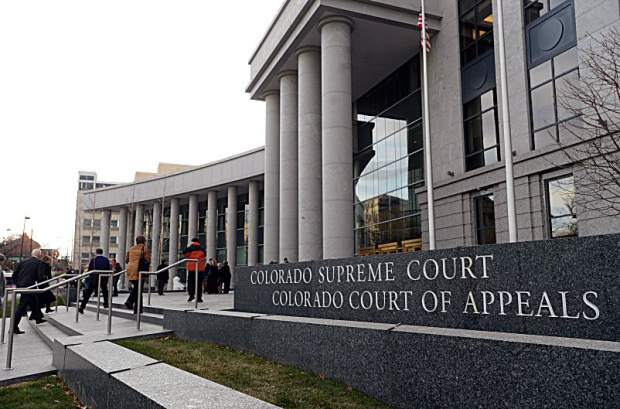 FRISCO — In response to a Colorado Supreme Court decision that set a new precedent for property tax regulations, the Summit County Assessor’s Office has refunded nearly $646,000 in property taxes and might have to refund more.

In February, three Summit County property tax cases made their way to the state Supreme Court, enabling the court “to unravel the mysteries of what constitutes residential land,” as Justice William Hood III put it in the court’s opinion.

In each case, property owners argued that properties they owned, which were considered to be vacant land, actually should be considered residential land.

Colorado law has three requirements for a property to be considered residential land, each of which were tackled within the three Summit County cases:

The county won on two of the three cases. However, it lost the third, which looked at the use of land and led to changes in the Assessor’s Reference Library, the guidebook for county assessors.

In the case, Marilyn and Marc Hogan argued that one of their three properties should be classified as residential land because it contains an unpaved driveway.

At the time, the Summit County assessor did not classify the third parcel as “residential” because it didn’t have a residential improvement, which is defined as a building or a portion of a building.

However, the court found that the plain language in the law does not require a parcel to have a residential improvement. A landowner can satisfy the use requirement by “using multiple parcels of land together as a collective unit of residential property,” according to the court document.

The court also directed the Colorado Division of Property Taxation to review the assessor guidelines so that they better fit within the law.

“What we did was follow the regulations, and what the Supreme Court found was that the regulations did not follow the law,” said Frank Celico, Summit County’s current assessor and the county’s attorney on the three cases.

The decision has “significant statewide ramifications,” Celico said. The Colorado Division of Property Taxation is in the process of reviewing and rewriting the guidelines in the library so that they better follow the law.

Because of the state Supreme Court’s ruling, property owners in Summit County could be eligible for a tax refund of the difference between the actual tax rate and what they initially paid. So far, the county has refunded $645,957.34 to 46 property owners, whose vacant land is now considered to be residential.

“This is for properties that filed petitions,” said Sarah Wilkinson, executive administrative assistant at the assessor’s office. “There could be properties out there that are eligible for a refund.”

Wilkinson said anyone who suspects they are eligible for a refund can submit an abatement petition form through the assessor’s office.

A question of geography and ownership

The other two cases also created questions surrounding the reclassification of land.

In Mook v. Board of County Commissioners, Gilbert and Carol Mook argued that one of their two properties should be considered residential because it is adjacent to another residential lot.

The commissioners did not approve the Mooks’ request for reclassification, however, because the two lots have a 17-foot-wide strip separating them, which is owned by their neighborhood homeowners association.

The court ultimately sided with the commissioners, arguing that plots of land have to touch to be considered “contiguous.”

In the third case, Karen Kelly argued that both of her properties should be classified as residential land because they are both in trusts that belong to her. However, because the trusts are separate, the assessor determined that they do not fall into the “common ownership” category.

The court ultimately sided with the county because the two parcels were owned in separate trusts, which is not considered “common ownership” as it’s defined in the law, according to the court decision document.

The court instructed assessors to rely on county records when deciding whether properties are held under common ownership.

County Attorney Jeff Huntley said the issues raised in the three cases are far from resolved.

“There’s still lots of questions out there,” he said. “It’s amazing what a few words can do when they’re slapped on a statute.”