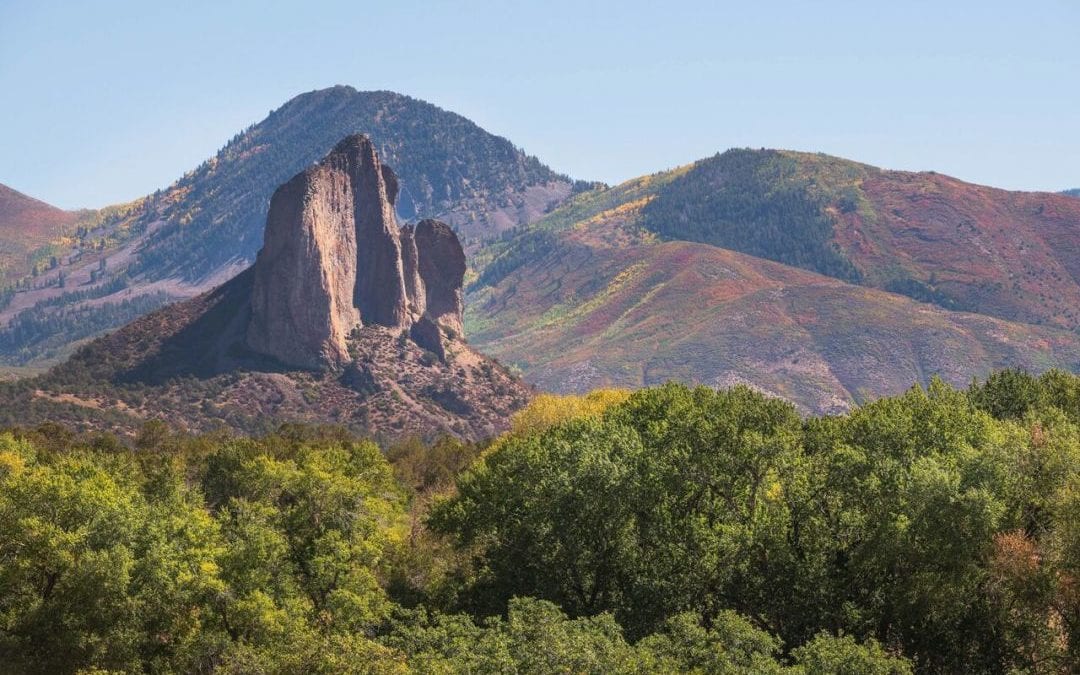 Gov. Jared Polis didn’t like the Bureau of Land Management’s long-range management plan for the Uncompahgre Plateau, saying the expansion of oil drilling in the region did not jibe with state laws and regulations protecting water, air, wildlife and recreation.

And because the agency did not resolve those issues in its Resource Management Plan, Polis on Friday sued the BLM, as well as agency bureaucrat William Perry Pendley and Interior Secretary David Bernhardt, asking a federal judge to overturn the Resource Management Plan (or RMP) for nearly 680,000 acres of federal land in western Colorado.

The state is following the lead of Montana, arguing not just that the management plan conflicts with state laws, but that Pendley, who was never formally approved by the U.S. Senate as director of the BLM, did not have the authority to approve the RMP in April.

“The unfortunate fact is that if the Trump Administration had followed the law in appointing a Senate-confirmed nominee to lead the U.S. Bureau of Land Management, Colorado and other western states would not be in this predicament,” said Polis in a statement announcing the lawsuit. “It is now Colorado communities and the state of Colorado who face unnecessary uncertainty and potential impacts to local recreation and outdoor industry jobs.”

The BLM spent several years working on the Uncompahgre Field Office management plan. Public meetings with residents of the North Fork Valley, which has lost more than 600 mining jobs in the last decade as the coal industry contracts, helped create a plan that limited energy development in the valley. The North Fork Alternative Plan protected an evolving economy anchored in agritourism and recreation by restricting oil drilling to 25% of the valley’s public lands and increased protection for water and recreation.

The final plan approved by Pendley was the first resource management plan approved under the Trump Administration’s “energy dominance” agenda to bolster domestic oil, gas and coal industries. It did not limit drilling in the North Fork Valley and expanded energy development across 675,800 acres of land and 971,200 acres of mineral estate in Montrose, Gunnison, Ouray, Mesa, Delta and San Miguel counties. And it did not weigh the state’s concerns about energy projects potentially injuring wildlife, habitat and air quality.

The preferred plan that was on track in the fall of 2019 — crafted after many years of BLM meetings and work with local communities — was replaced by a new Trump Administration alternative in the spring of 2020 that identified energy and mineral development as key planning issues alongside reducing regulatory burdens for extractive industries and economic development. The BLM said the plan would contribute $2.5 billion in economic activity to the region and support 950 jobs a year for the next two decades.

Earlier this month the BLM approved two oil and gas drilling projects in the North Fork Valley that allow up to 226 wells.

Colorado’s lawsuit, being handled by Colorado Attorney General Phil Weiser, says the plan’s conflicts with state laws were never resolved, so the approval should be overturned.

The argument challenging Pendley’s authority is similar to the lawsuit filed last year by the governor of Montana that led a U.S. District Court in Helena to strike down a trio of RMP approvals. U.S. District Judge Brian Morris in October ruled that Pendley did not have the authority to approve resource management plans as the so-called “acting director” of the BLM. (A month earlier, Morris ruled that Pendley had “served unlawfully as the Acting BLM Director for 424 days,” effectively removing him from the director role.)

“This is just an attempt to discredit the Trump Administration. It’s sad. It’s disappointing,” Pendley said in a statement from BLM responding to the Montana court decision in October. The agency argued the Interior Secretary has “clear legal authority to delegate authority to manage the department and its bureaus.”

Colorado, noting that the Western Slope RMP would hurt the state’s $34.5 billion outdoor recreation economy — including $41 million from 186,000 hunter days in the six counties covered by the plan — argued the Trump administration’s failure to nominate a BLM director negates Pendley’s approval of the management plan.

The agency has operated without a Senate-confirmed director since 2017, with former Interior Sec. Ryan Zinke and then Sec. Bernhardt delegating the authority of agency director to a succession of four men, including Pendley in July 2019. President Donald Trump nominated Pendley as BLM director in June but withdrew the nomination in August.

Colorado Department of Natural Resources Executive Director Dan Gibbs said in a statement that the complaint demonstrates the state’s concerns about wildlife and air quality were not addressed in the final plan.

“And the approval of the plan by Pendley’s BLM was invalid,” Gibbs said. “We are hopeful that the uncertainty caused by the questionable appointment can be clarified by the court so that Western Slope and Southwest Colorado communities can reliably plan for the future.”