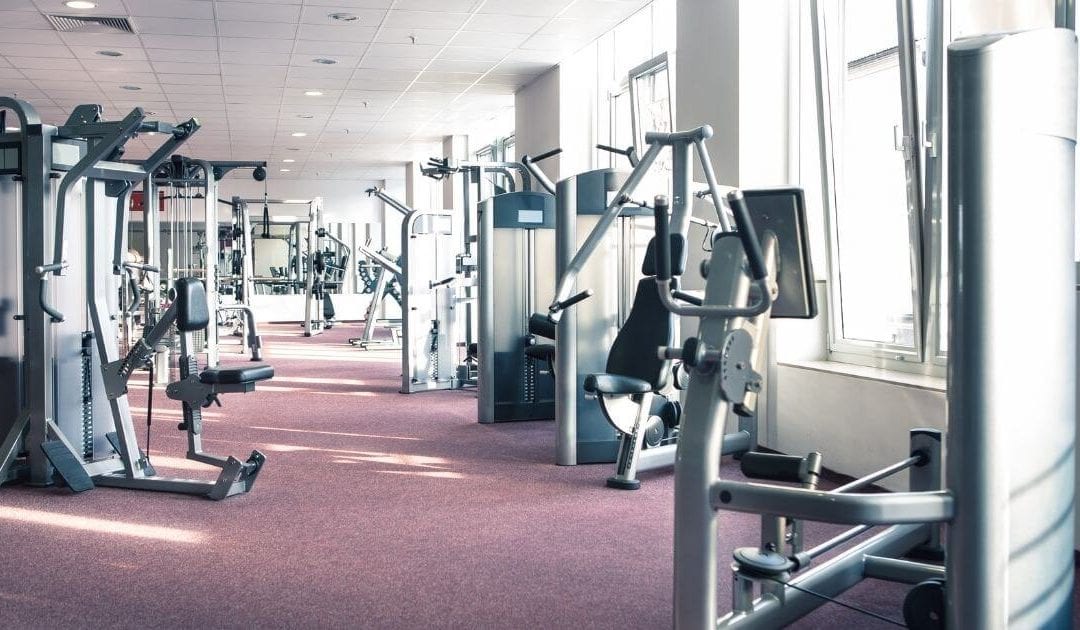 In the Philadelphia suburb of Bellmawr, New Jersey, the owners of Atilis Gym are currently facing over $1 million in fines. Why? They stayed open when the state has decreed gyms must be closed.

Also, let’s be clear: It’s not as if they stayed open and New Jersey officialdom just sighed, shrugged and began issuing pro forma fines. The gym has been boarded up and padlocked; the owners had to break in to their own business. They’ve also been arrested. The police have been frequent visitors. And yet, after all this, the state of New Jersey has linked not a single case to the gym.

“We can pretty much guarantee Governor Murphy has had contract tracers for us,” Atilis Gym co-owner Frank Trumbetti told The Western Journal earlier this month, referring to the state’s lockdown-imposing chief executive Phil Murphy. “We’ve had people who’ve had it, but it didn’t come from us.”

It turns out their experience isn’t just anecdotal.

According to The Denver Post, a University of Oregon study in Colorado found that no outbreaks could be traced to gyms, despite 8.5 million check-ins by gym patrons in the state over a 32-week period.

The study, which looked at Colorado Department of Public Health and Environment statistics, found that 59 outbreaks reported by CDPHE had nothing to do with places of workout.

“Available data suggests that compared to other settings, gyms are not a prevalent source of COVID-19 outbreaks,” the study stated.

“There were no outbreaks reported in gyms or comparable athletic facilities.”

Gyms, in fact, were safer than bars, restaurants and grocery stores.

More than half of the outbreaks that were reported — an outbreak defined as transmission between two or more people in a facility or workplace — took place in “health care settings.”

The International Health, Racquet & Sportsclub Association — which commissioned the report — had already conducted its own study, which found that there had been 1,155 infections out of over 49 million check-ins nationally. That’s an infection rate of 0.0023 percent — so negligible as to be irrelevant.

“Opposing views from the media and uncertainty in the scientific community create ambiguity for gym-goers, club operators, and legislators about the safety of gyms during the COVID-19 pandemic,” Megan Evans, senior manager for the University of Oregon’s Consulting Group, which conducted the study, said in an IHRSA news release. “What can we learn from the data?”

Callum Kuo, president of the Oregon Consulting Group, had an answer.

“If we look at Colorado’s record of self-reported outbreak — events in which two or more people have contracted COVID — gyms haven’t made the list up to this point, but bars and restaurants certainly have,” Cuo said in the news release. “What if we investigate further and compare what we know about gyms in Colorado?”

The lesson, he said later in the release, is clear.

“We need to be reasonable and critical when it comes to evaluating relative risk. And based on what we see in Colorado, gyms do not belong in the same risk category as bars and restaurants,” he said.

“We believe states need to examine their data more closely before hastily closing down gyms and instead making decisions based on what they are seeing in their respective states.”

According to the IHRSA, data also showed that there was no real connection between gym visits and COVID cases.

Unlike New Jersey and its governor, the Colorado Department of Public Health and Environment decided against closing gyms.

“We have been talking to stakeholders, and we do not feel this is one of the higher risk settings because people are wearing masks at the gym. Gyms are ensuring social distancing and also cleaning their equipment. So we are comfortable allowing it,” said Jill Ryan, the health department’s executive director, said in the IHRSA news release.

And yet, there are still serious gym restrictions in Colorado, including a 10 percent capacity limit.

“The Colorado Fitness Coalition, which was created in August to speak for the industry with one voice, said the state is facing the loss of an estimated 200 gyms, 22,000 jobs and $12 million in payroll taxes if restrictions aren’t eased soon,” The Denver Post reported. “In a typical year, the Colorado fitness industry generates $695 million, the coalition said.”

“The state is clear that 10 percent is not sustainable for our businesses, no matter if you’re a small player or Colorado Athletic Clubs,” JoAnna Masloski, a member of the advisory board for the Colorado Fitness Coalition, told the newspaper.

“One of the things we talked to the governor’s team about is economic recovery and being involved in the bills that come up that give an opportunity for some of our businesses to stay in business. No matter how big or small you are as a club, this 10b percent isn’t sustainable. The state recognizes that, they told us that, and they are working to get us involved in an economic package that can help our clubs.”

“Gyms are continuing to struggle at a dramatic rate and we are losing more and more gyms,” said Masloski, also the CEO of the Colorado Athletic Club’s seven facilities.

She said the company is trying to qualify in the state’s “Five Star” program, a designation that would allow 25 percent capacity, according to The Denver Post.

“We need to get to a higher capacity to survive. We’re not spreaders. We’re working as hard as we can to get this Five Star certification.

“But either way, we’re not spreaders and we are being punished, unlike malls — uncontrolled environments, uncontrolled people walking around and touching each other,” she continued. “They’re not getting punished, and our gyms are in dire straits. We’re going to malls and saying, ‘Oh, my God, our businesses are about to die, and you’re not controlling them.’

“We don’t want to harm any industry, we just want people to know we are safe,” she concluded. “We are a controlled environment. It’s now proven that is the case. We need to get our capacity increased.”

This isn’t just what needs to happen in Colorado, however. It needs to happen across the country. According to Healthline, Dr. Len Horowitz of Lenox Hill Hospital in New York City says the average patient he’s seen has gained “anywhere from 3 to 15 pounds” during the pandemic.

“My patients will often recount how it is they got that way,” he told the newsletter. “They’ll say they got into Oreos or ice cream and knew they were bingeing.”

It’s not just that this creates problems down the road — although it will. Obesity is one of the key risk factors for COVID-19 complications.

It’s about doing right thing, the smart thing, in the present. If gyms aren’t responsible for transmission of the disease, they’re helping save us from its ravages. They don’t need millions in fines. They need to be open.